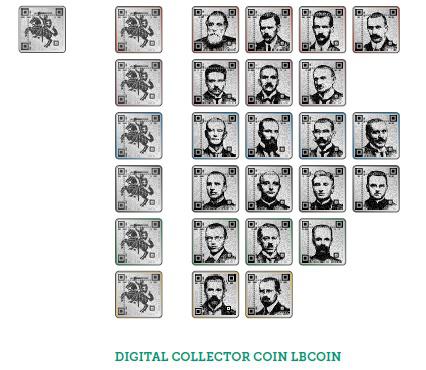 When a country belongs to a currency union, for all intents and purposes the money is exogenous to that country, in other words the central bank of the country does not control the issuance of the currency. The Eurozone, comprised of 19 countries who have adopted the Euro belong to the euro currency union. The ECB, which is governed by a president and a board of the heads of national central banks, sets the monetary policy of the zone. Even though the head of a country’s central bank has influence over the monetary policy, in practice it would be hard for any one country to influence the EU monetary policy significantly. We saw how this worked out for Greece during the Grexit furor. When sovereign debts are denominated in an exogenous currency, the interest rates on that debt is purely a function of the market, through which mechanism speculators and other operators can inflict serious harm to the nation’s economy. This is what happens when there is disconnect between the fiscal and monetary policies operating on an economy such as all the countries in the EU.

Lithuania, after it joined the currency union in 2015, finds itself without direct monetary policy control. 2015 was the last year that the Lithuanian Litas was legal tender, before the adoption of the Euro. I spoke to Marius Jurgilas, about the Lithuanian strategy to dip their toes into the CBDC waters. This interview took place before the current surge of interest in CBDC in Europe and around the world. Jurgilas, who was educated in the United States and worked as an academic and in the Bank of England and Norges bank before he joined the Lithuanian Central Bank as a board member. Jurgilas is responsible for Supervision Service, Market infrastructure Department, Security Department, and Center for Excellence in Finance and Economic Research. Areas that place him front and center on Digital Innovation and research.

Innovation in Central Banks seems almost like an oxymoron, if part of your job is at cross purposes with the culture of the institution, what do you do? As a student and an academic, Jurgilas admitted that he was not interested in Financial Market Infrastructure (FMI). Now he sees how important Infrastructure is, as it ties into the supervisory and adjudicatory aspects of the job. In fact into the expression of Monetary Policy itself. Lithuania, in order to leapfrog from their low economic position at the time of the Euro adoption had a general push on innovation. Consequently, the innovation climate in Lithuania is very favorable. Research into CBDCs was through the backdoor of a numismatic or collector coin, which the Bank of Lithuania could issue, in contrast to the direct issuance of a sovereign CBDC which they could not.

LBCoin was planned and issued to roughly coincide with the 100th anniversary of the declaration of Lithuanian Independence. The blockchain-based LBCOIN consists of six digital tokens and one physical collector coin. The Bank of Lithuania issued 4,000 LBCOINs, that works out to 24,000 digital tokens and 4,000 physical collector coins. Each digital token features one of the 20 signatories of Lithuania’s Act of Independence and belongs to one of the six signatory categories (priests, presidents, diplomats, industrialists, academics, municipal servants) with 4,000 tokens each. Of course, these are all men. Very similar to the all male signatories of the Declaration of Independence in America. Women’s suffrage was only federally ratified through the 19th amendment, even in the United States, in 1920. Women’s suffrage and their right to vote in Lithuania came about in 1918, as the short declaration contains these words “Constituent Assembly… elected democratically by all its inhabitants”.

For each LBCOIN purchased from a dedicated e-shop (lbcoin.lb.lt) for € 19.18, collectors get six randomly selected digital tokens. They can then exchange these tokens for a physical collector coin, store them at the LBCOIN e-shop, send as a gift, swap with other collectors or transfer to a NEM public blockchain network (NEM wallet). The denomination of €19.18 commemorates the year when Lithuanian independence was signed, 1918.

From Numismatic Brochure Bank of Lithuania

The idea of the LBCoin has some correspondences with how Lithuanian Independence was declared. Surrounded by powerful states, the declaration of independence was a brave decision undertaken under severe limitations. Independence was not actualized immediately. In fact, Germans cracked down right away and were neutralized only because of their loss in the First World war. It set Lithuania on the path to independence, which it enjoyed between 1920 and 1940; then on through the bowels of the Soviet state after world war two. It was not until 1990, with the shattering of the Soviet empire that the 1918 declaration was used as a legal basis for constituting a new Lithuanian state.

The idea of a collectible or NFT creates space for experimentation and a basis for innovating on CBDCs. It did require much consultation, debate and compromise. This is a brilliant idea to test the waters, ensuring Lithuania a prominent place at the table when ECB along with the BIS sit down to create a digital Euro.

If you have been following closely, you would have seen that this is the first NFT issued by a Central Bank, and they did it to test a possible fungible token, a CBDC. In fact if you scan each of the above images, in high resolution from the Bank of Lithuania Numismatics Brochure, with a QR reader, it takes you to the corresponding Lithuanian language Wikipedia entry of the signatory. Except for those that died before the second world war, many of them perished in Siberia, on on their way there or under the Nazi regime. Of the ones who escaped the conflagration in Europe, three made it to the United States and died there. Some Independence! One of the most interesting, Jonas Basanavičius, the patriarch of the nation, and the president of the council, studied to be a priest, became a physician, created the first Lithuanian language paper and collected and published Lithuanian folklore, thankfully perished before the horrors of the second world war and the subsequent Sovietization of his homeland. The capsule biography shares its characteristics with most of the other 20 signatories, all renaissance men, many interested in folklore and folk dance, in Lithuania profond, or deep Lithuania.

NFTs have been in the news lately, since they seem to be a way to issue private (extremely private) tokens and sell it to the public. NFTs are private currency, completely decentralized and attached to a specific individual; everything from a first tweet, a love letter, an idiosyncratic collection of works labored over and instagrammed for years; any personal production, is fodder to the NFT mill. Many NFTs that have been issued have also shown that, protestations to the contrary, their current implementations are extremely centralized, even if they are issued on a decentralized network like Ethereum. Whoever controls the smart contract that issued the ERC-721 token controls the NFT, if it is a company, they could go bankrupt. NFTs have been deleted and sometimes NFTs that cost $1 cost $200 in gas fees to sell.

Since it is issued by the Bank of Lithuania, this NFT has a better chance of survival. To make it more attractive, it can be self-custodied on the public NEM blockchain in a NEM wallet. NEM even though relatively unknown here in the US, has been prominent in the enterprise circles in Europe.

Jurgilas also answered some of my questions on CBDCs in general, as he is also a member of the innovation team at BIS. With respect to the Chinese CBDC called DC/EP or e-CNY, Jurgilas said that there was no expressed policy about the international role of the Euro. This seems to be changing as the international importance of the Euro comes into the discussions, perhaps influenced by the actions of other central banks.

On the two-tier model of issuance of CBDCs, or the issuance by the central banks and distribution by commercial banks. The contrasting idea is direct central bank accounts for citizens. This was in Jurgilas’ view a difference between the quantity of money versus inflation targeting based monetary policy. Both ways of controlling the economy are difficult. On the related topic of private vs. public money; Jurgilas feels that we would be doing a disservice to the general public to engage in this debate. Especially, if we go to a totally exogenous standard like gold. This will not stop excessive risk taking and the introduction of instability into national and international economies. In my opinion Jurgilas’ answer will also serve people who have suggested bitcoin as a standard.

Jurgilas maintains that cash and CBDCs will co-exist, a sentiment shared by most central bankers. On the topic of crypto-currencies Jurgilas says that these are assets, assets have prices, prices have term structure (i.e a spot, a one month price etc.) which leads to the notion of interest rates, this not a new notion; and even the exclusivity of crypto is also familiar. Establishing that DeFI is just old wine in new bottles. Adoption of stable coins has definitely attracted attention but mostly from a prudential and consumer protection perspective. The upcoming MiCA regulation currently discussed in the European Union deals with all crypto-assets, including stablecoins. As far as benefit payments go; Jurgilas feels that CBDCs are not needed for that, especially in Europe as these payment rails function very well. Demand for changes in the payments infrastructure due to the digitalization of many verticals of the markets may be satisfied with CBDCs, as a true central banker he hedged his bets by saying only time will tell.

LBCoin uses the ISO/IEC 27001 standard, which a cyber security standard. Security is paramount in any technical infrastructure created by a central bank, even if it is an NFT collectible coin.

We did not discuss the privacy aspect of CBDCs, however these debates about the form and function of CBDCs are bound to resound in next 5 to 10 years as nations decide (or not) to digitize their retail base money infrastructure. LBCoin is a way of testing the waters, especially for a central bank whose monetary policy control has been ceded to a currency union.