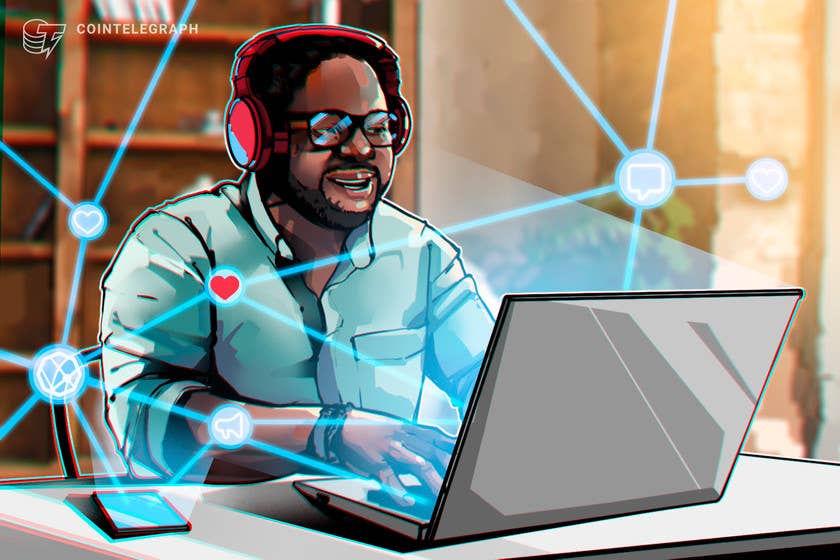 Social media platforms are constantly under fire for their lack of total end-to-end encryption, existing privacy policies and censorship – but a blockchain-based solution might spell the end to an era of centralized social media dominance.

In many ways, social media is a vital component of daily life for both businesses and the average consumer. Today, these platforms connect individuals with their desired type of content based on their own inputs. This streamlined feed being served to users leading them to the businesses waiting at the end, should be the perfect scenario. However, when it comes to distributing the rewards, the results are often incredibly skewed.

Algorithms constantly change to create new sources of revenue for the platform while disenfranchising users. Moreover, building these algorithms involves collecting mass amounts of data from individual users. Often, this can be just as invasive as it is effective.

Meanwhile, a complete right to freedom of speech is absent in most centralized platforms. By merely referring to the fine print in its Terms of Use, platforms can opt to police and censor comments from users.

The most crucial aspect of all is, perhaps, the need for encryption on platforms. Although most major social messaging platforms claim to have end-to-end encryption in place, they often require users to connect with a phone number. This compromises a user’s right to complete privacy.

Across platforms, these inherent problems come down to the fact that social media is by and large centralized. However, a blockchain run by equal nodes, just like any decentralized cryptocurrency, could fix this.

A decentralized social media platform built on the Bitcoin model would put the end user back in charge of ensuring their right to privacy and eliminating these obstacles. Aside from the obvious benefits of economic decentralization, where equal value is shared between node holders and creators, a blockchain-based solution could even enhance usability.

Essentially, users can log in with their private keys and immediately pull in all the personalized settings from the blockchain. Users can then post content, vote for its quality, promote it and subscribe to creators.

The Bastyon network, recently rebranded from Pocketnet, is one such decentralized social network modeled on Bitcoin. However, although its codebase is loosely derived from Bitcoin, Bastyon uses a Proof-of-Stake consensus algorithm.

Creators of content are typically pseudonymous users identified by their public keys and information they choose to reveal about themselves.

Meanwhile, nodes maintain the blockchain and respond to RPC socket calls from the front end. Only if they perform these services, will they be rewarded.

Bastyon recently released a decentralized peer-to-peer encrypted messenger – a private messenger that is not connected to a user’s phone number. The blockchain provides a ledger that allows for an exchange of encryption keys to establish secure asynchronous channels.

In this way, all one-on-one conversations have end-to-end encryption by default, and so too do any images sent or received through the chat. As an added layer of privacy, message history is only stored for seven days.

Users will also be able to directly transfer the platform’s native crypto token Pocketcoin (PKOIN) through the platform. In order to obtain PKOIN, users can trade up to 19 crypto tokens, including BTC, ETH and DOGE, on several exchanges.

Bastyon’s interface isn’t limited to one particular geography either. The platform is available in a plethora of different languages such as English, German, Mandarin, Korean, French and Russian.

According to Bastyon, virtually all of the power and wealth in the current internet landscape is concentrated in the hands of a few. The decentralized social network aims to solve this by bringing the foundations of Bitcoin to the world of internet platforms.

“Users keep jumping into centralized apps and then those platforms betray them once they become big. Bitcoin provides a blueprint for all decentralized apps, and Bastyon is really the Bitcoin of social networks,” said the project’s founder Daniel Satchkov.

Bastyon messenger is available at bastyon.com, as an Android app and a desktop app

Disclaimer. Cointelegraph does not endorse any content or product on this page. While we aim at providing you all important information that we could obtain, readers should do their own research before taking any actions related to the company and carry full responsibility for their decisions, nor this article can be considered as an investment advice.