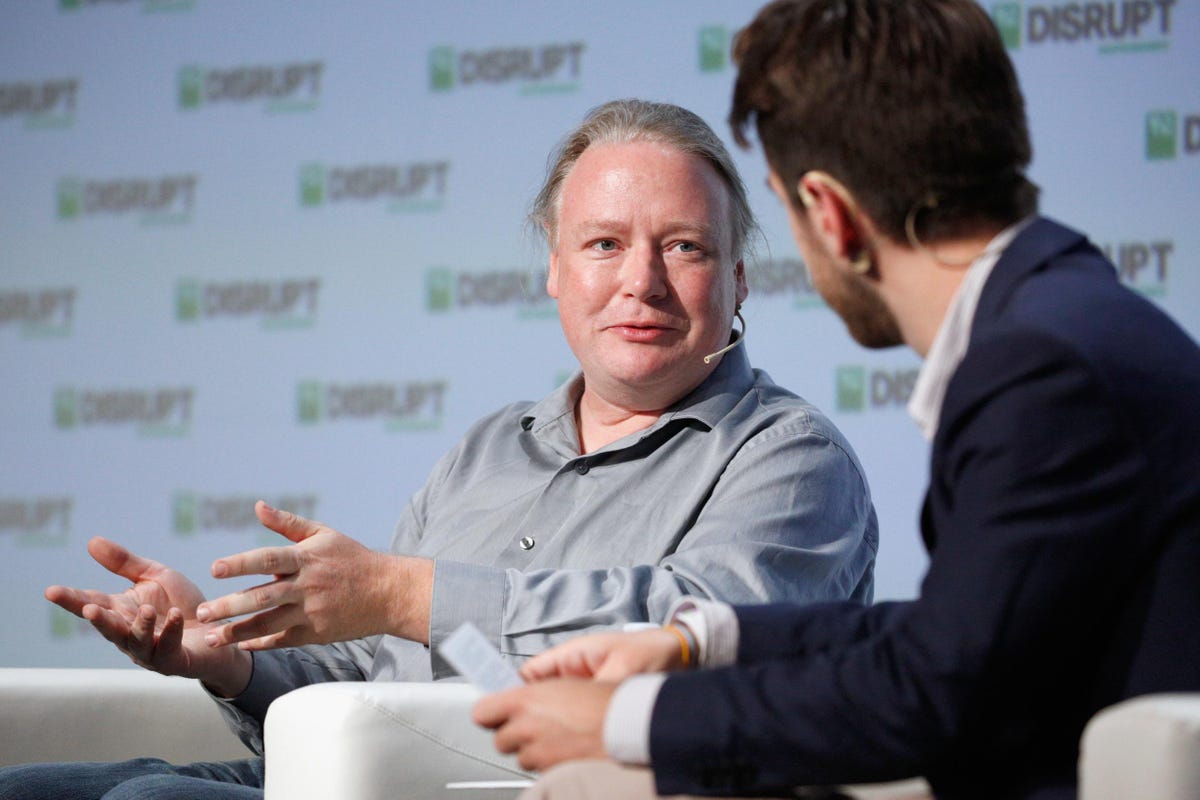 In December 2015, when the non-profit Linux Foundation launched a consortium-style working group dedicated to developing blockchain tools for enterprises, called Hyperledger, many were outright “scared away” by the very term ‘blockchain’, recalls Brian Behlendorf, Hyperledger’s first executive director who has led the project from its early days, and is stepping down today. He is moving on to lead a new project that will focus on the security of open source software, also hosted by the Linux Foundation.

Much changed during Behlendorf’s tenure. More than half of the members on this year’s Forbes Blockchain 50 list, highlighting the world’s largest companies using technology popularized by Bitcoin,—from securities settlement behemoth DTCC to industrial conglomerate Honeywell—are members of Hyperledger using its code bases to move millions of documents and assets worth trillions of dollars. So are sovereign governments, take Cambodia or Nigeria, that are developing digital versions of their fiat currencies, CBDCs, on Hyperledger platforms to catch on to the global transformation of finance.

But something else, perhaps even more notable, changed too. In 2015, companies were largely cautious of blockchain because of its association with Bitcoin, then often associated with criminals. Today, some of the largest banks in the world offer Bitcoin services and increasingly embrace other cryptocurrencies.

“In these five years, we’ve gone from having a couple of good ideas to having a set of distributed ledger technology-based platforms that collectively represent the vast majority of enterprise blockchain deployments around the world. Enterprise blockchain is no longer a contradiction in terms, or an idea yet to be proven,” says Behlendorf, who will be succeeded by Daniela Barbosa, Hyperledger’s vice president of World Wide Alliances. Being pulled away into the new initiative (though he will stay involved with Hyperledger as an advisor), he says he felt “the time was right to pass the baton” to Barbosa, who has co-led Hypeledger alongside Behlendorf for the past four years. Previously, she had spent 15 years at Dow Jones, working on enterprise solutions architecture and business development.

Inheriting the enterprise blockchain juggernaut, Barbosa is assuming challenges starkly different from those that stood in the way of her predecessor half a decade ago. The same corporations that, out of privacy concerns, conceded to experiment with blockchain technology only through permissioned platforms, accessible to a select group of identifiable participants that they could trust,—hosted by Hyperledger or another pioneer in the sphere, R3,—are becoming increasingly open to the use of public distributed networks, mainly Ethereum, as markets for digital assets, including cryptocurrencies and non-fungible tokens, balloon and the protocols that support them evolve and scale.

Additionally, corporate giants are developing their in-house expertise. Alibaba spin-off Ant has more than 50 blockchain applications in development on its own blockchain platform, AntChain. South Korean conglomerate Samsung has its own blockchain Nexledger, which can combine customized features on Hyperledger Fabric and Ethereum.

Competition has come from elsewhere too. In October 2016, a banking consortium led by New-York-based financial technology company R3, announced that it would make the code of its Corda platform open source and donate it to Hyperledger, where it could be further developed. While R3 kept the first part of the promise, making the Corda code publicly available the following month, it did not migrate to Hyperledger

But Hyperledger itself realized the need to provide businesses with access to other networks. In August 2019, it accepted its first code that links businesses directly to Ethereum called Hyperledger Besu. Among Hyperledger’s other interoperability tools are Hyperledger Cactus, a software development kit that helps conduct transactions across multiple blockchains, and Hyperledger Aries, a digital identity-focused series of libraries that allows for peer-to-peer interactions between different blockchains.

“All of these speak to a future where this spectrum of public to permissioned blockchains is supported and explored. So I think we’ve had that door open,” says Behlendorf. Barbosa agrees, “What we are looking at right now, the future of enterprise distributed ledger technology is really hybrid. The key here is really the spectrum of solutions.”

To support that vision, Barbosa says in her new role she will focus on bringing more developers into Hyperledger’s ecosystem through continued investments in programs and academic research, conducting more case studies and adding more members. “Being able to educate the market and governments around the need for open source code bases and a community that has open collaboration, open governance is really important, as we continue building out these technologies.”