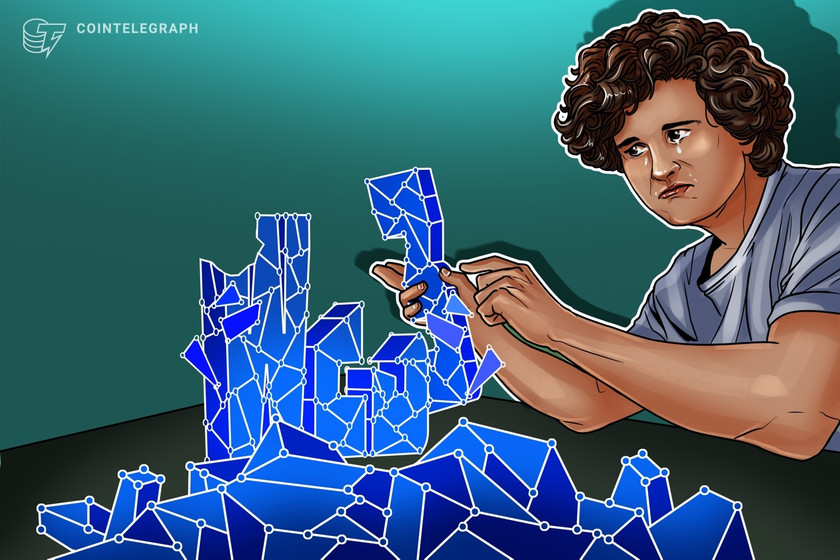 Binance CEO Changpeng ‘CZ’ Zhao knew Sam Bankman-Fried was in a desperate situation when the former CEO of the now-bankrupt FTX exchange called him for a bailout.

CZ opened up on the events that nearly saw Binance come to the rescue of its ailing industry competitor as a credit crunch sent FTX into an inescapable spiral. Speaking at the Milken Institute’s fourth annual Middle East and Africa summit, CZ reflected on the fateful call with SBF as the latter looked to save his struggling exchange:

“When he came to me, I knew he was desperate. If we can’t help him, there’s probably nobody else that would. Probably a bunch of people passed on the deal before us.”

CZ admitted that he had intended to explore a lifeline for FTX in the interest of affected users, but due diligence carried out after signing a letter of intent quickly highlighted bigger problems than Binance had imagined. The deal was subsequently scrapped.

A couple of days later, FTX filed for Chapter 11 bankruptcy, sending shockwaves through the cryptocurrency and wider financial ecosystem.

A lot has been made of Zhao’s relationship with Bankman-Fried in the industry, with rumblings of a nemesis-type relationship building in recent months. Allegations of SBF lobbying against CZ and his exchange with influential figures in Washington DC were all touched on in the wide ranging conversation in Abu Dhabi on Nov. 16.

According to the Binance CEO, SBF had initially been a client of Binance through Alameda Research and had looked to partner with CZ’s company to start a cryptocurrency exchange of his own.

CZ described SBF as a ‘young, technically capable kind of person’ with a ‘decent team’ which led Binance to invest in the fledgling FTX exchange which was founded in May 2019. The investment proved fruitful up until a certain point:

“Their user numbers grew but then once they’d grown to a certain size, I just heard all kinds of rumors, all kinds of people telling me this guy is lobbying behind you in DC, this guy is saying bad things behind you and we were like this is not so good.”

Binance exited its FTX investment a year and a half ago, which proved to be a fateful incident. According to CZ, part of the exit saw Binance acquire FTX Tokens (FTT), the same tokens that the exchange had announced it would begin to sell in the open market after rumblings of troubles with FTX and Alameda’s financials.

“When he reached out to me, I thought he was going to ask for an OTC (over-the-counter) deal to buy the FTT tokens and in this way we’d silence the noise in the market. But when he called me he very quickly alluded that they’re in big trouble and they’re looking for a buyout.”

CZ also touched on a tweet from the former FTX CEO that was believed to be aimed at the Binance founder. Labeling CZ as a ‘sparring partner’, SBF seemingly congratulated the Binance CEO for outplaying him during the events that transpired:

20) At some point I might have more to say about a particular sparring partner, so to speak.

But you know, glass houses. So for now, all I’ll say is:

CZ reacted by saying that ‘only a psychopath can write that tweet’ and that he never viewed other exchanges as direct competitors due to the nascent stage of the cryptocurrency market and its minuscule share of the overall financial markets:

“Number one, he never told me I was his sparring partner. I’m actually not sure if that tweet was aimed at me or us (Binance). We never view other exchanges as sparring partners or competition, it’s not a boxing match.”

As more revelations continue to surface about the monumental collapse of FTX, its misappropriation of user funds and dodgy dealings, CZ alleged that Bankman-Fried had continued to look for ways to withdraw funds through various blockchain avenues.

“That day when he tweeted that, he should have been working on other things. He should not be writing tweets. In one of the messages I sent him in an industry group, I said ‘honest advice Sam, stop doing whatever you’re doing, don’t do anything more, put on a suit and go back to DC and start to answer questions.’”

The Binance founder also addressed questions around his influential tweet signalling Binance’s intent to sell its FTT tokens which coincided with an insurmountable amount of withdrawal requests on FTX’s platform.

Liquidating our FTT is just post-exit risk management, learning from LUNA. We gave support before, but we won’t pretend to make love after divorce. We are not against anyone. But we won’t support people who lobby against other industry players behind their backs. Onwards.

A number of blockchain analytics firms and individuals in the industry had flagged the movement which sparked debate across the cryptocurrency ecosystem. CZ maintained that Binance had been transparent in its actions and had not manipulated markets:

“Then our team asked me, should we say ‘look that is our transaction’ and I said yeah ‘why not’, we want to be transparent. How could you manipulate the market if you’re transparent about your actions. We did not lie, we did not deceive.”

As FTX enters bankruptcy proceedings, its new CEO and chief restructuring officer John Ray III has moved to distance the company from Bankman-Fried. This comes after the former CEO has continued to make public comments on Twitter and in interviews about the evolving situation.