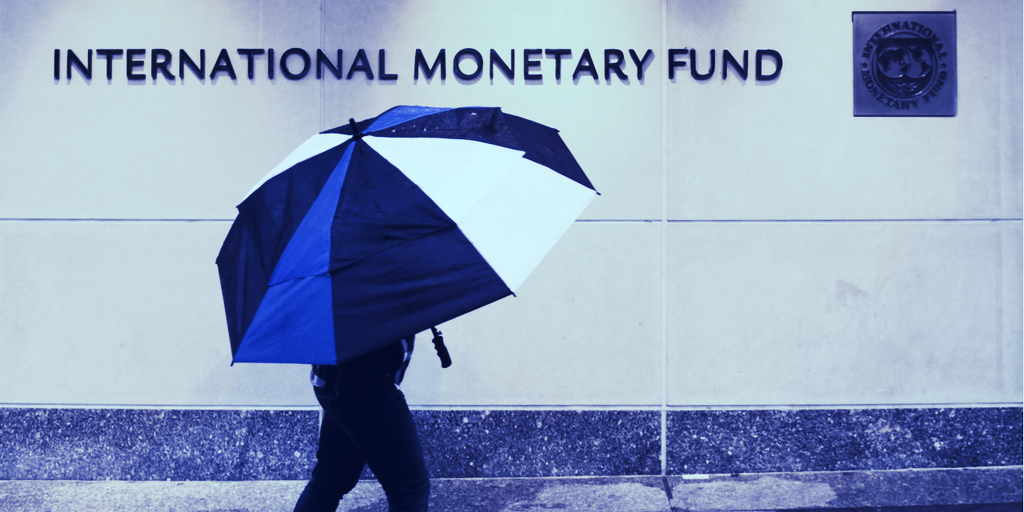 The International Monetary Fund believes cryptocurrencies do not yet pose a risk to the global financial system. However, it’s concerned about the growing market caps of stablecoins—and how they are backed.

Add the International Monetary Fund (IMF) to the list of institutions wary of stablecoins’ growing influence.

In its 2021 Global Financial Stability Report, the IMF says cryptocurrency doesn’t yet pose a systemic threat to the international system but that “risks should be closely monitored given the global implications and the inadequate operational and regulatory frameworks in most jurisdictions.”

To address those inadequacies, it calls for “global standards for crypto assets.” Doing so, it believes, could help fend off a “contagion risk” to other markets.

The IMF holds huge sway. It is an intergovernmental body of 190 member states that promotes global trade, poverty reduction, and stable monetary policies. It uses dues from its members to provide loans to other members who agree to its terms. According to an April 2021 fact sheet, it has about $1 trillion available for such loans, a little under half of the total cryptocurrency market cap.

This subhead of this year’s report—”COVID-19, Crypto, and Climate: Navigating Challenging Transitions”—telegraphs the IMF’s point of view by lumping digital assets in with a pandemic and a potential catastrophe. But the report itself is more measured, referring to “both opportunities and challenges” arising from digital assets’ growth.

“The rapid growth of the ecosystem has been accompanied by the entrance of new entities, some of which have poor operational, cyber risk management, and governance frameworks,” the report reads, pointing to service disruptions on exchanges, attacks to centralized platforms on which crypto is still dependent, and low transparency around the issuance and distributions of some tokens.

While these have all led to losses that can be crippling for over-leveraged individuals, they haven’t impacted the current financial order. But that could change, says the IMF, especially as most crypto trading volume happens on one exchange, Binance, and stablecoin Tether is the primary means for making Bitcoin trades; attacks to either entity, either digitally or via regulatory pressure, could weaken the entire ecosystem—and the legacy financial systems they lean on.

The report spends plenty of space detailing how stablecoins, which are typically pegged 1:1 to the US dollar or another fiat currency, present a risk given that they are regulated differently from jurisdiction to jurisdiction and they have managed to go from a market cap of roughly $20 billion to well north of $120 billion in the last year.

It notes several problems. The first is “poor disclosure” in some cases of how the stablecoin is backed. Indeed, leading stablecoin Tether has been pounded by critics for its caginess regarding how the stablecoin can be redeemed. After years of insisting that every USDT in circulation was backed by a dollar in the bank, the firm slowly walked by the assertion. An August 2021 “assurance report” from a Cayman Islands auditor found that about half of Tether’s reserves were actually commercial paper—a type of debt—and certificates of deposit.

U.S. Federal Reserve Chair Jerome Powell has testified before Congress that commercial paper is usually liquid until it suddenly isn’t—typically in times of deep financial crisis. He believes stablecoins should be regulated in the same manner as money markets; the IMF seconded that assessment. Discussing the report on Yahoo Finance Live, IMF Director of Monetary and Capital Markets Tobias Adrian said, “When you look at the market capitalization of stablecoins, they are of an order of magnitude with some of the largest offshore money market funds, so they are not small.”

Moreover, the IMF notes that “some stablecoins can be subject to runs, with repercussions for the financial system.” It pointed to stablecoin IRON, whose algorithmically based ecosystem collapsed in June along with Mark Cuban’s investment in it. These runs, which can be triggered by concerns that assets can’t be redeemed for their full value, could then result in a fire sale of the commercial paper held in reserve by those stablecoin treasuries.

Says the IMF, “The contagion risk can be much higher where reserve assets are concentrated in particular issuers or sectors. Although this risk might be Tether-specific for now, given its size and types of holdings, this kind of contagion risk could evolve for other stablecoins in the future.”

As to what to do about this, the IMF isn’t proposing a ban or a clamping down. Said Adrian, “We would urge regulators to take a closer look at stablecoins and introduce regulation so investors know what kind of reserves are backing the claims of stability.”

Not everyone agrees with the IMF’s diagnosis, however. Steven Kelly, a research associate at the Yale Program on Financial Stability, tweeted that “the instability concerns go beyond the commercial paper, etc. holdings.”

On stablecoins: the instability concerns go beyond the commercial paper, etc. holdings.

Shifting into short-term Treasury holdings brings its own suite of financial stability concerns.

While one common solution is placing them into short-term Treasury holdings or even cash, both have their own limitations.

“Stablecoins shifting into Treasuries could also tie some of the banking system to the fate of stablecoins, which have questionable infrastructure and risk management, limited Street relationships, and are exposed to events in crypto,” he tweeted.