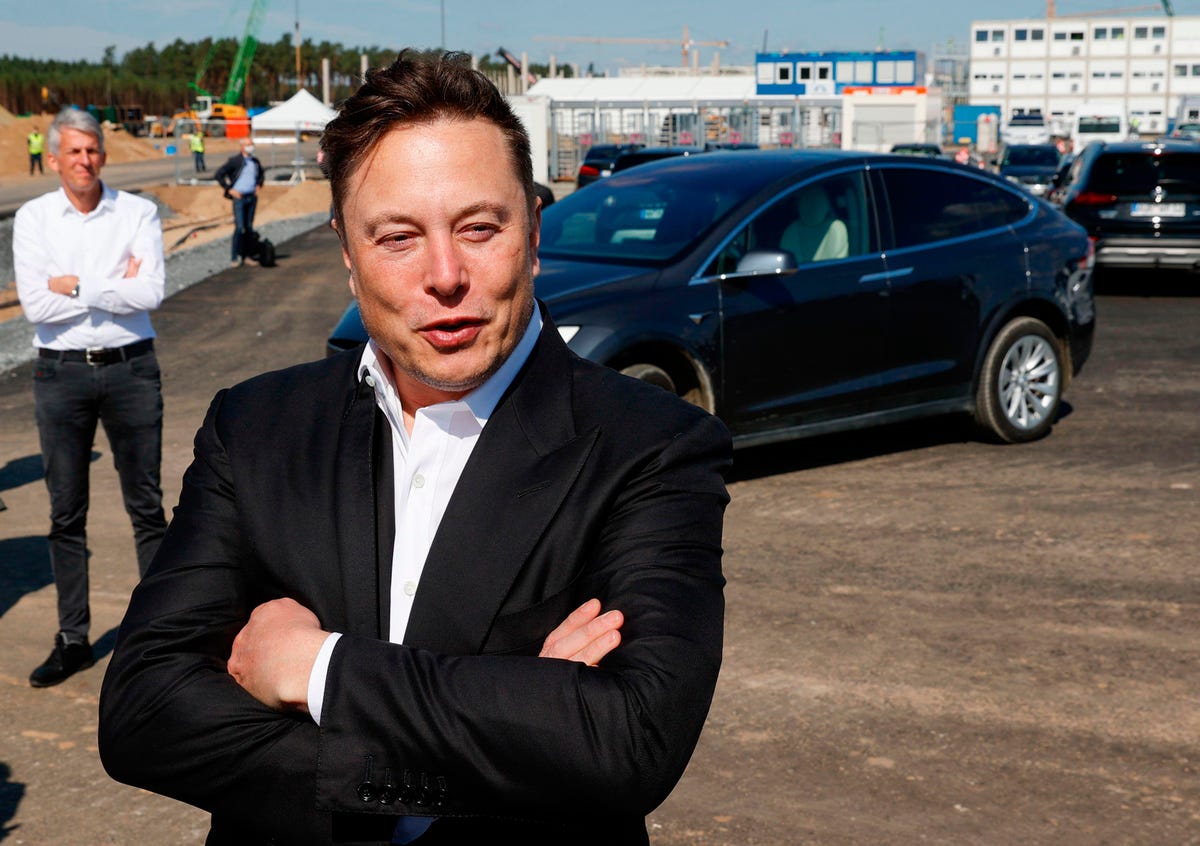 Bitcoin and cryptocurrency prices have surged back in recent weeks after crashing earlier this year.

The bitcoin price, which touched $65,000 per bitcoin in April before dropping to under $30,000, has this week topped $50,000 as smaller coins—including ethereum and its rivals cardano and solana as well as the meme-based dogecoin—have all soared.

Elon Musk, the chief executive of both electric car company Tesla and rocket company SpaceX, has … [+] this year apparently adopted dogecoin as a pet project, giving it his backing over bitcoin, ethereum and other cryptocurrencies and boosting the dogecoin price.

“[The update] helps secure the network and lower the transaction fees,” said an anonymous dogecoin supporter via Twitter TWTR , prompting a response from Musk. They went on to outline how the dogecoin upgrade will affect the network, with 205 computers “currently running the newest update” but “more nodes need to upgrade.”

“Once a higher percentage of new nodes are running, a new update will be released,” they added.

Musk, who’s this year emerged as one of dogecoin’s biggest backers, has repeatedly endorsed the meme-based bitcoin rival, drawing the ire of the bitcoin community. In July, speaking during a live discussion with Twitter’s Jack Dorsey, and major Tesla and bitcoin investor Cathie Wood, Musk elaborated on ideas he’d previously floated to use dogecoin and ethereum to “max transaction rates and lower transaction costs.”

“There may be some merit in combining something like ethereum and dogecoin,” Musk said, revealing he owns some ethereum tokens in addition to his bitcoin and dogecoin.

The self-proclaimed technoking of Tesla also said Tesla will “likely” restart bitcoin payment support after suspending it due to environmental concerns. Tesla bought $1.5 billion dollars worth of bitcoin at the beginning of the year and continues to hold it on its balance sheet even as Musk gives dogecoin his backing.

MORE FROM FORBESCrypto Price Prediction: Ethereum To ‘Exceed’ Bitcoin But Both Could Be Left In The Dust By CardanoBy Billy Bambrough

The dogecoin price has added a huge 10,000% since this time last year, far outpacing bitcoin, … [+] ethereum, cardano, solana and other major cryptocurrencies.

The dogecoin price, up a staggering 10,000% on this time last year, has outperformed bitcoin as well as red-hot cryptocurrencies ethereum, cardano and solana, as traders and investors pile into the market.

Dogecoin has struggled in recent months as some of the excitement fades from the market but the cryptocurrency, based on the Shiba Inu doge meme, has defied many of its critics and managed to hold onto the vast majority of its gains.

In recent weeks, ethereum, the second-largest cryptocurrency after bitcoin, and its biggest rivals cardano and solana have soared thanks to upgrades and expectations there could soon be an influx of developer support and adoption.

Through August and into September, the combined cryptocurrency market has returned to near its all-time high of $2.5 trillion set in May thanks to surging demand for ethereum, cardano and solana.