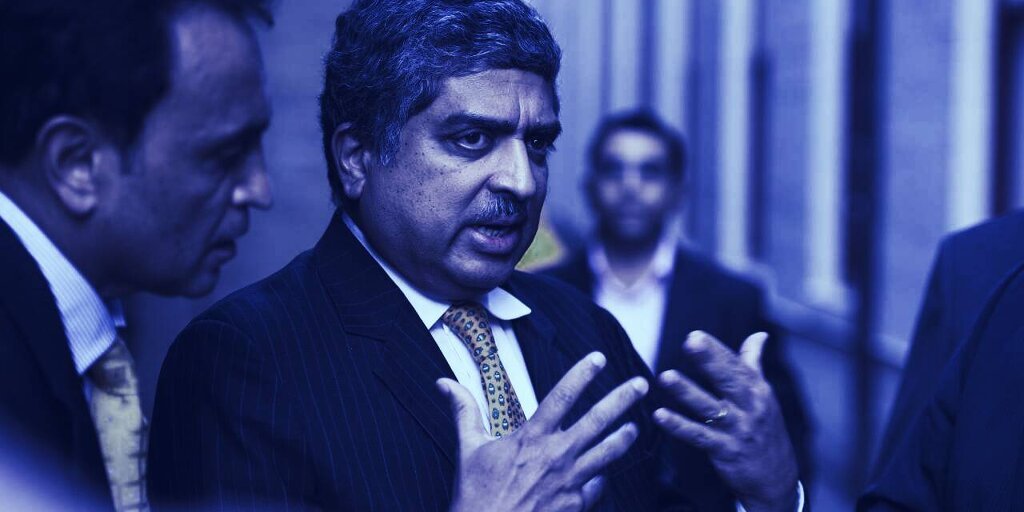 India’s tech mogul Nandan Nilekani wants crypto in India to be treated as an asset, but not a currency. Crypto is too volatile and consumes too much energy, he thinks.

Indian tech billionaire Nandan Nilekani thinks cryptocurrencies are too energy-intensive and volatile for payments but they “should be encouraged as an asset to be bought and sold, like a commodity.”

Nilekani didn’t specify any cryptocurrencies. He may have been referring to Proof-of-Work cryptocurrencies such as Bitcoin, which are powered by energy-intensive mining.

Conversely, Proof-of-Stake cryptocurrencies, such as Cardano and soon Ethereum 2.0, draw their power to validate transactions from funds pledged (“staked”) to the network. This uses a fraction of the power.

Nilekani has been closely involved with the development of UPI; he was appointed to lead an advisory panel on the digital payments infrastructure by the Reserve Bank of India in 2019.

Infosys is the country’s second-biggest tech company with a market cap of $82.19 billion and 250,000 employees.

As the man behind the country’s key digital projects, including e-governance and identity system Aadhar and highway toll collection system FASTag, Nilekani is one of the highest-profile advocates for crypto in the country.

Regulation would allow “the crypto guys to put their wealth into India’s economy,” he said.

The government was scheduled to introduce a crypto bill to protect investors from volatility by April 8, the last parliamentary session, but internal politics and a Covid-19 spiked caused a delay. The draft bill is expected to be introduced in the parliament’s next session, which starts in July.

The government hasn’t indicated exactly what the bill entails, but if the policymakers were to listen to Nilekani, India would treat crypto as a store of value, just like any other asset.