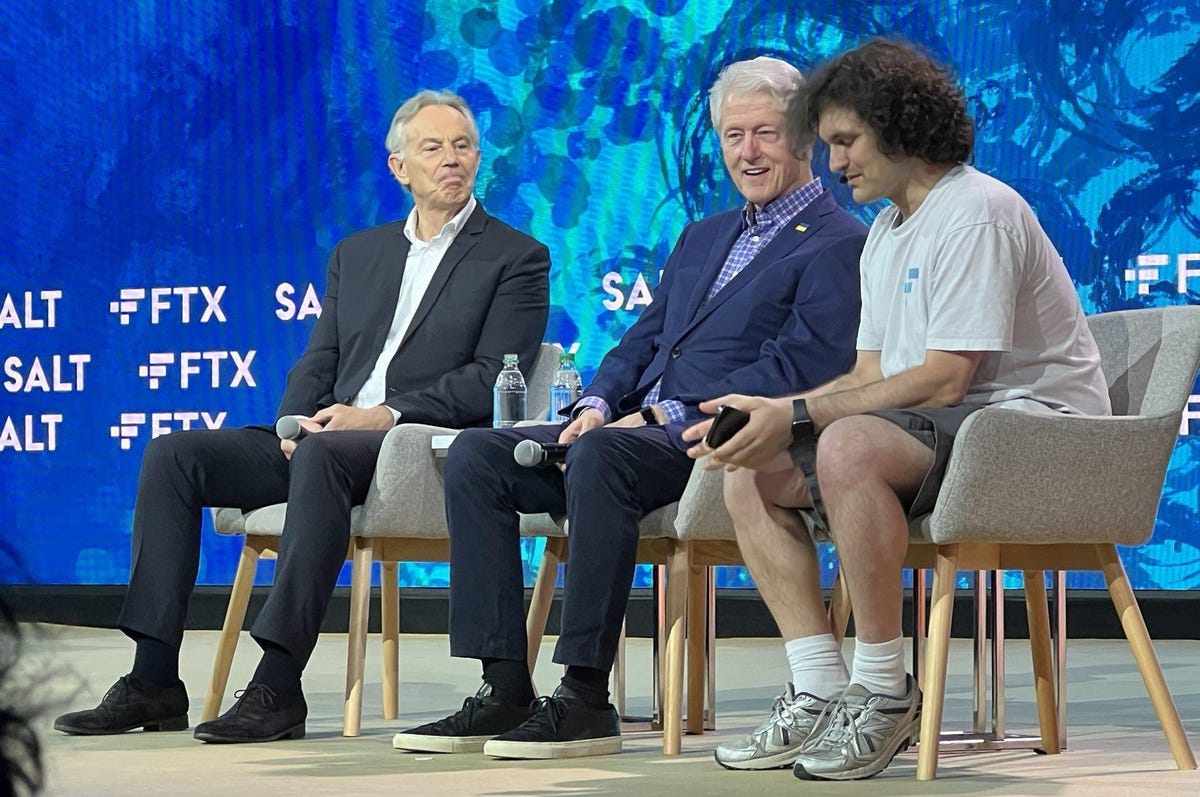 Poker chips, high stakes, and big money. Throughout last week, a few yards away from the Caribbean’s largest casino in the Bahamian capital, Nassau, about 2,000 people gathered at the Baha Mar resort’s convention center to discuss cryptocurrencies and the next iteration of the World Wide Web a.k.a Web3.

Just last month, a similar albeit much larger crowd took over Miami Beach to pay homage to the invention that started it all—bitcoin. But if the 25,000-person expo in South Florida felt like Coachella for the bitcoin faithful, the latest summit, dubbed “Crypto Bahamas”, inched closer in resemblance to the World Economic Forum’s Davos conference, not minding the casual dress code. Pretty much everyone from CEOs to developers wore flip-flops, sneakers, and t-shirts bearing slogans such as “NFTs are a scam” and “Burnt Finance”.

According to Scramucci, former White House Communications Director and founder of SkyBridge Capital, the event was designed to “bridge the generation gap between people that are transforming the world and“traditional finance folks that need to see this and embrace it.”

So it happened. In the absence of any market-moving announcements, Wall Street and other tradtional finance (or TradFi, as the cool kids say) executives from Susquehanna, Jump’s crypto arm and Hudson River Trading, among others, discussed how digital assets fit into modern investment portfolios and the broader maturation of the asset class. Panels had ironic titles like “The Boomers Are Coming: How Crypto is Transforming Wall Street” and “From Inspector Gadget to the Future of Banking”. Famed bitcoin evangelists Mike Novogratz, CEO of investment firm Galaxy Digital, and Cathie Wood, chief executive of ARK Investment Management, reiterated their bold price predictions—$500,000 and $1 million for one bitcoin respectively—even as the cryptocurrency was plunging towards $37,000 on the opening day of the event. The market’s 8% dip that morning left the guests largely unfazed.

“Someone’s probably shorting this whole thing,” joked one attendee, as his pals were chanting crypto’s favorite acronyms WAGMI ( We Are All Gonna Make It’) and HODL (enthusiastic industry shorthand for “hold” written by an early bitcoin investor too excited to fix his typo)

The confidence is not exactly unfounded. According to CB Insights, just in the first quarter of this year blockchain and crypto startups raised $9.2 billion through 461 equity deals globally. Over the same period, crypto-focused venture funds raised $11.92 billion, according to data provider Dove Metrics, and that enthusiasm isn’t showing any signs of slowing as investors are lining up for the next big thing.

Much of that hope at the event was placed on projects built on Ethereum contender Solana. The blockchain has quickly grown into one of the leading so-called Layer 1s, blockchains that act as an underlying infrastructure for other applications, not in the least thanks to early promotion by event co-host Bankman-Fried. According to industry data aggregator DeFi Llama, Solana is currently supporting more than 60 decentralized protocols, with over $4 billion in total value deposited.

As part of the conference, the non-profit Solana Foundation co-hosted one of its signature Hacker Houses—a six-day gathering for developers building applications like decentralized exchanges and NFTs on the eponymous blockchain. Shortly after the event concluded, the blockchain suffered a 7-hour outage reportedly caused by a significant rush of bots trying to mint NFTs on the network. Engineers from Jump Crypto, the cryptocurrency arm of Jump Trading Group, said the traffic reached a record-breaking high of 4 million transactions per second on Saturday afternoon. While Solana continued to generate buzz at the event, the timing couldn’t have been worse. The blockchain’s wave of blackouts and service interruptions is raising additional questions about the network’s stability. Solana’s native token crashed to a 24-hour low of $83.13 about three hours into the outage before climbing back toward $89, according to CoinGecko.

Blockchain snafu aside, lavish parties were thrown left and right in the best traditions of the nouveau riche. Solana’s team hosted its bacchanal just a few floors up from the convention venue at an open-air, ivy-covered pavilion of the SLS hotel’s rooftop, enticing guests like former U.S. presidential candidate Andrew Yang, actor Orlando Bloom and pop star Katy Perry (In February, Perry promoted FTX by joking on Instagram that she was quitting music to intern for the exchange). The next night, celebrity DJ Steve Aoki and former One Direction member Liam Payne played a set for the attendees at a swanky nightclub across the casino. Occasional chatter discernible through the blasting beats ranged from “99% of play-to-earns are ponzies” to “I can finally see who are the people behind those monkey jpegs”.

Steve Aoki performing at the Bond nightclub for the conference attendees

More importantly, the high-level event has underscored the establishment of FTX, which a few days earlier had broken ground on its new $150 million headquarters on the island, as a gravitating force within the nascent industry. In a keynote [off-the-record but partly leaked] closing session, former U.S. president Bill Clinton warned of the “temptation to abuse” new technology but described crypto as “obviously serious” in his remarks. But perhaps the most memorable part of the exchange was the apparent contrast between the ex-statesmen and the host. Tony Blair noted he was feeling “a little overdressed” sitting next to Bankman-Fried, who was moderating the panel in his standard attire—FTX-branded t-shirt, grey shorts, and New Balances.

The conference has also helped cement the status of the Bahamas as the next crypto haven. In 2020, the island nation became one of the first in the world to implement a central bank digital currency (CBDC), the sand dollar, and passed crypto-focused legislations that played a key role in convincing firms like FTX to domicile in the islands. Prime Minister Philip Davis told Forbes at the conference that the local authorities are actively working towards allowing Bahamians to pay taxes using the sand dollar and are in conversation with at least four other cryptocurrency exchanges looking to set up shops in the jurisdiction. “The Bahamas is not only open and ready for business but is moving to the forefront of this most exciting era of digital asset innovation,” Davis said.