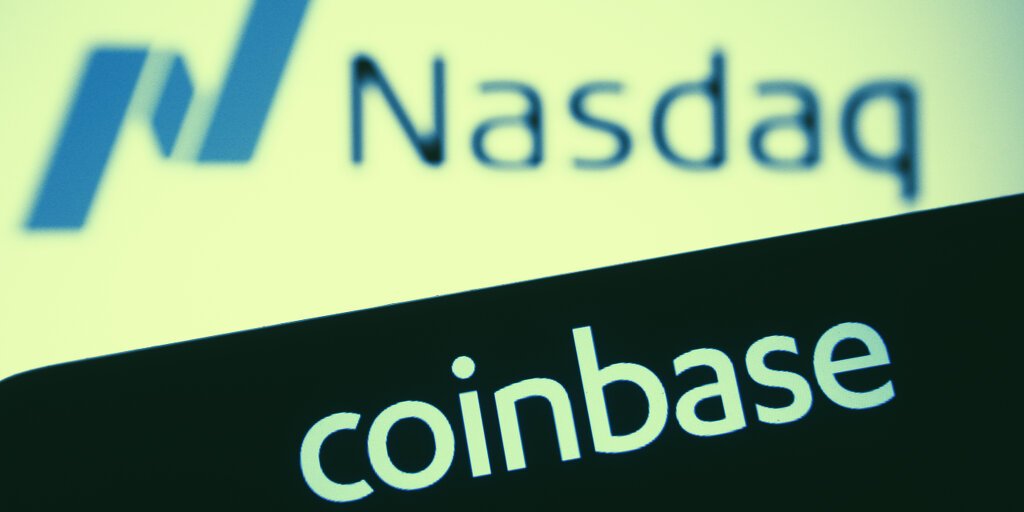 The International Exchange sold its 1.4% stake in Coinbase for $1.2 billion. The company did so to reduce its debt.

The Intercontinental Exchange (ICE), an operator of clearing houses, data and listings services, as well as 12 global exchanges including the New York Stock Exchange, has sold its 1.4% stake in the Nasdaq-listed cryptocurrency exchange Coinbase.

The company sold its Coinbase stake for $1.2 billion, the current chief financial officer (CFO) Scott Hill said in an earnings call yesterday. After taxes, the sell-off resulted in approximately $900 million in gains.

ICE’s incoming CFO, Warren Gardiner, said on the call that the proceeds from the Coinbase selloff “gives us some additional flexibility as we move into the rest of the year.” ICE reported revenue of $1.8 billion, up 4% year-over-year.

The selloff helped ICE reduce its leverage—the company’s total debt divided by shareholder’s equity—to 3.6, but ICE’s target is 3.25. At 3.25, the company “can start to think about buying back stock,” Gardiner noted, without specifying whether ICE would buy Coinbase stock again.

Coinbase went public on April 14 through a direct listing on the Nasdaq, making it the first major cryptocurrency business to go public. It had an estimated valuation of $90 billion. Shares opened at $381, though the price has since dipped to $294.

ICE is also the majority-owner of Bakkt, a cryptocurrency custodian and wallet company that launched in September 2019.

Bakkt’s spiel was to bring crypto to traditional investors and traders by operating an exchange fully-compliant with regulations. Big corporations loved the idea, and Microsoft and Starbucks jumped on the Bakkt-wagon.

Bakkt is also preparing to go public over the next three months, CFO Hill confirmed in the call. It will do so via a SPAC (special purpose acquisition company).

The company will merge with VPC Impact Acquisition Holdings, a special purpose acquisition company by the investment firm Victory Park Capital. In a note on the SEC’s website, Bakkt and VPC put the enterprise value of the combined company at approximately $2.1 billion.

ICE said that it spent $30 million on running Bakkt in the first three months of this year, and that this cost will increase by $5 million in the next quarter. But these expenses “will be more than offset by higher revenues,” CFO Hill noted.

And what about Bakkt’s revenue? ICE didn’t say; investors might have to wait until the next quarterly call for that one.