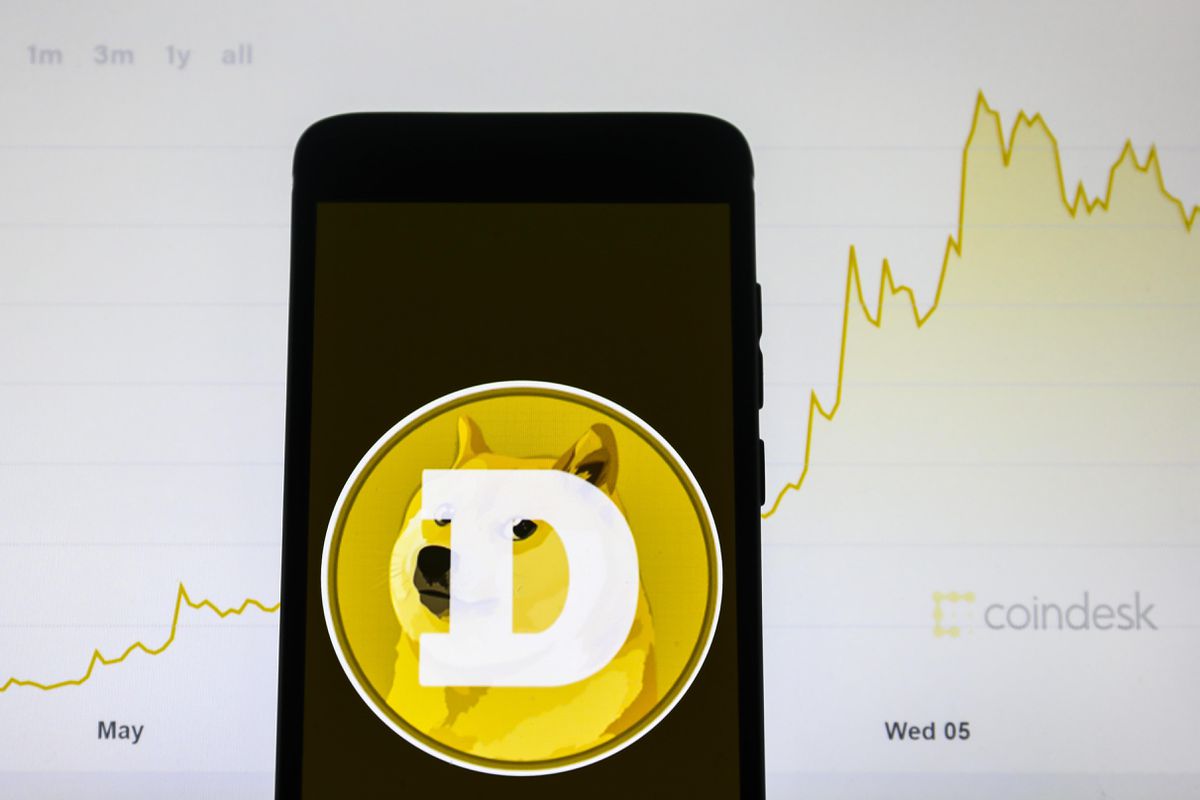 The dogecoin price has soared by around 20% over the last 24 hours, boosted first by news major U.S. cryptocurrency exchange Coinbase would add support for dogecoin on its professional trading platform.

Dogecoin, the meme-based cryptocurrency that’s exploded in recent months, has climbed again on the … [+] back of Coinbase support and fresh attention from Tesla billionaire Elon Musk.

The dogecoin price, up 13,000% on this time last year, has shot up the rankings of cryptocurrencies by value thanks to support from Musk and other high-profile investors.

Musk’s support, growing alongside his fickle interest in bitcoin and other cryptocurrenices, has added legitimacy to a cryptocurrency that was originally created as a “joke.”

Dogecoin’s 2021 success was highlighted by Coinbase, the biggest U.S. cryptocurrency exchange with almost 60 million users around the world, adding dogecoin to Coinbase Pro this week, with trading set to launch Thusdays “if liquidity conditions are met.”

MORE FROM FORBESElon Musk Reveals Why He’s Backing Dogecoin Over Bitcoin, Ethereum And Others After His Surprise Call For Upgrade ‘Ideas’ Sends Its Price Sharply HigherBy Billy Bambrough

The dogecoin price, already up many times its price this time last year, has surged higher again, … [+] climbing the up the cryptocurrency market rankings as Elon Musk and Coinbase throw fuel on its rally.

“One of the most common requests we receive from customers is to be able to trade more assets on our platform,” the exchange posted to its blog.

Last month, Coinbase CEO Brian Armstrong revealed the exchange, which recently made its Nasdaq debut, would list dogecoin during an earnings call. Coinbase has not yet confirmed dogecoin will come to its retail platform but it typically adds retail support for cryptocurrencies a few weeks after Pro listings.