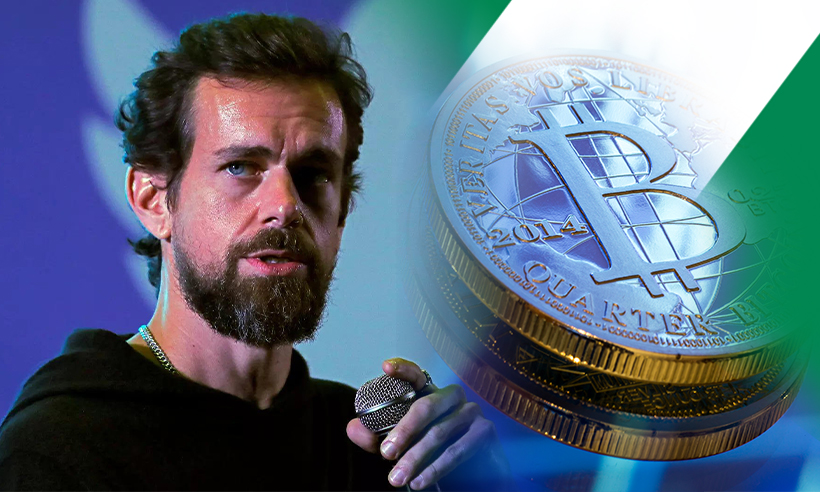 Jack Dorsey, the co-founder and CEO of social media giant Twitter, is upbeat about Bitcoin’s future in Nigeria, despite the Central Bank of Nigeria(CBN) ban prohibiting financial institutions from dealings with crypto exchanges. Dorsey revealed his hopes for the largest cryptocurrency in direct response to NFL star Russell Okung’s open letter in Bitcoin Magazine.

The statement from Dorsey comes in light of Nigeria’s recent suspension of Twitter’s operations in the country. On June 5, Nigeria announced an indefinite ban on the social media platform following Twitter’s removal of President Muhammadu Buhari’s tweets.

Longtime Bitcoin supporter and a Nigerian descendant himself, Russell Okung advocated for a Bitcoin standard to attain “economic independence and financial sovereignty” in his letter. Okung believes that Nigeria is excluding its citizens from opportunities for wealth creation and preservation by refusing to embrace the virtual currency. He also wrote that Bitcoin adoption “would significantly bolster every sector of the Nigerian economy and revitalize the spirit of every Nigerian domestically and abroad.”

Okung cited the nations of Barbados, Singapore, and Malta, as examples of countries that have pushed BTC-friendly initiatives to attract potential investors. He also claimed that China, Iran, and Russia have successfully circumvented economic sanctions imposed by the United States by “mining or otherwise utilizing Bitcoin.”

Nigeria has seen a wave of civilian protests questioning the country’s governance in the last few days. Many people hit the streets on the country’s Democracy Day against bad governance, insecurity, and the Twitter ban.

Notably, Nigeria banned Twitter from continuing its operations after the platform removed President Muhammadu Buhari’s tweets that referred to the Nigerian Civil War. Twitter classified the leader’s posting as a violation of its “abusive behavior” policy. However, many key opposition leaders in the country continue to use Twitter with the help of VPN software and critics of the government have highlighted the move as a pushback against the country’s freedom of speech.

Nigeria has tightened its grip on crypto trading while associating cryptocurrencies with terrorism funding and money laundering.