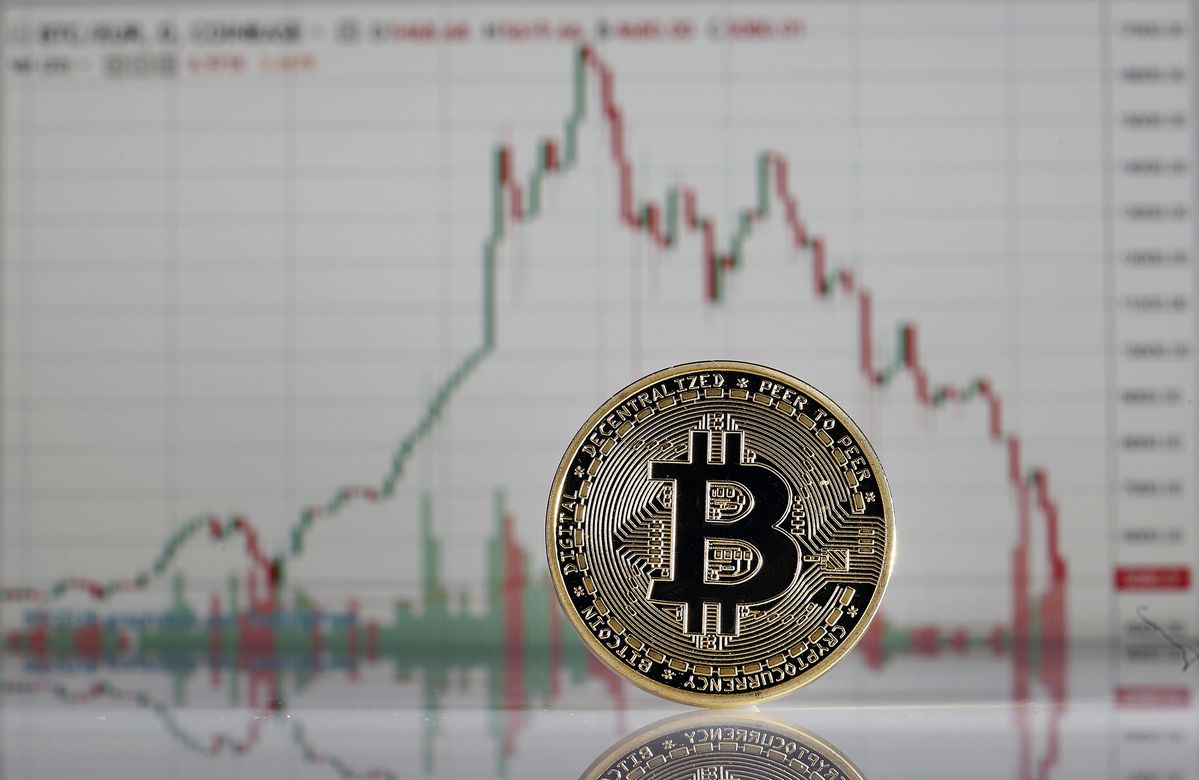 Bitcoin and cryptocurrency prices have struggled over the last month, with around $1 trillion wiped from the value of the combined crypto market since it peaked at around $2.5 trillion in mid-May.

The bitcoin price fell to just over $30,000 per bitcoin this week before rebounding thanks to El Salvador’s plans to adopt bitcoin as its official currency alongside the U.S. dollar. Elsewhere, other top five cryptocurrencies by value—ethereum, Binance’s BNB, cardano, and dogecoin—have also lost ground, each falling between 5% and 10% this week.

Now, despite the bitcoin price bouncing back towards $40,000 over the last couple of days, analysts at Wall Street giant JPMorgan JPM have warned the “backwardation” over recent weeks points to a coming “bear market.”

The bitcoin price has struggled since a sell-off in mid-April ended the huge early 2021 bitcoin and … [+] crypto bull market, with smaller coins ethereum, Binance’s BNB, cardano and dogecoin also falling back.

“We believe that the return to backwardation in recent weeks has been a negative signal pointing to a bear market,” JPMorgan strategists led by Nikolaos Panigirtzoglou wrote in a note that was first reported by financial newswire Bloomberg, warning bitcoin price crash from over $50,000 per bitcoin in May is an “unusual development and a reflection of how weak bitcoin demand is at the moment from institutional investors.”

The analysts pointed to weakness in the bitcoin futures market they say echos the 2018 bear market that was branded crypto winter for its devastating effect on cryptocurrencies acorss the board.

The bitcoin and crypto price boom over recent months that’s seen the likes of ethereum, cardano, Binance’s BNB and even “joke” bitcoin rival dogecoin, surge many thousands of percent has been driven by a combination of long-awaited institutional adoption and retail investor fear-of-missing-out (FOMO).

As traders and investors piled into these so-called “altcoins,” bitcoin’s crypto market dominance—a measure of how weighted the overall cryptocurrency market is toward bitcoin—has fallen to just over 40%, down from around 70% at the beginning of the year.

Despite a flood of positive bitcoin news, the bitcoin price has struggled over the last month.

The bitcoin price bull run was halted in its tracks by Tesla TSLA billionaire in May when he rowed back plans to allow Tesla customers to make purchases with bitcoin due to concerns over its eye-watering environmental impact.

The sell-off, sending shockwaves through the wider cryptocurrency market and causing ethereum to lose half its value in just two weeks, was exacerbated by fears of a bitcoin and cryptocurrency crackdown in China.

“When deep diving into bitcoin’s market corrections, the -49% plunge in May marked the 6th biggest event of this kind, which could be seen as one of the largest monthly corrections in history,” wrote Lukas Enzersdorfer-Konrad, chief operating officer at Vienna-based bitcoin exchange Bitpanda.

“With that said, corrections of this magnitude are common and should be expected. bitcoin finished the month down by 35% and is still struggling to find a new support zone. With the price down by almost 50% from its all-time-high, some bullish news suggests that bitcoin is nearing a bottom. bitcoin outflows from exchanges typically mean that traders might be moving their coins to wallets, custody solutions or cold storage but are not intending to trade them in a short period of time. Instead, they are mostly planning to hold them for a longer time period.”