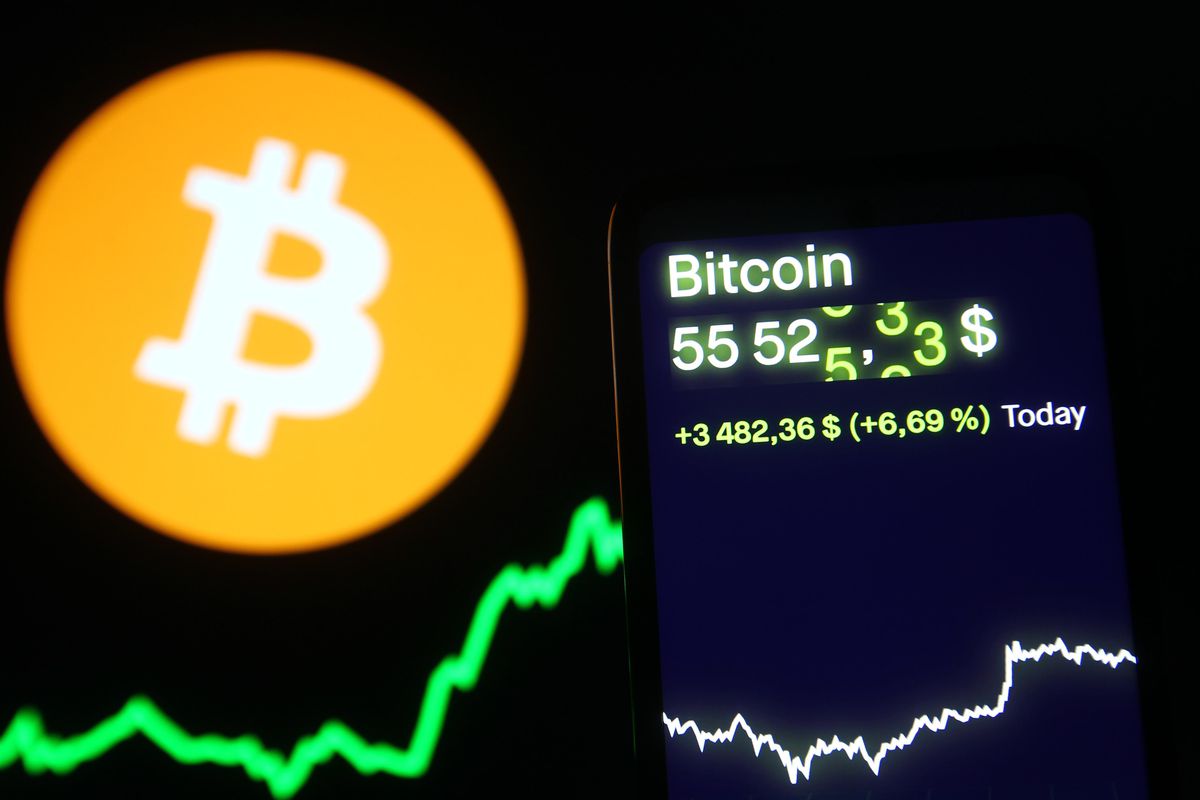 Bitcoin, after hitting a fresh all-time high last week, is showing signs of weakness (with some predicting bitcoin could be about to peak).

The bitcoin price, now hovering around $55,000 per bitcoin, is currently double where it started 2021—with the wider cryptocurrency market riding its coattails to a total value of over $2 trillion.

After soaring to almost $65,000 per bitcoin last week, the bitcoin price has since fallen back and … [+] could struggle to regain its all-time highs.

“Over the past few days bitcoin futures markets experienced a steep liquidation in a similar fashion to the middle of last February, middle of last January or the end of last November,” JPMorgan strategists led by Nikolaos Panigirtzoglou wrote in a note to clients that was first reported by Bloomberg. “Momentum signals will naturally decay from here for several months, given their still elevated level.”

The sudden sell-off came after a heady week of bitcoin and crypto hype surrounding the market debut of major U.S. exchange Coinbase that culminated with the price of dogecoin, a tongue-in-cheek alternative to bitcoin, soaring more than 400%.

“Bitcoin couldn’t hold its upward momentum post the Coinbase listing,” Pankaj Balani, the chief executive of the Singapore-based Delta bitcoin and cryptocurrency, said in emailed comments. “Only a move above $60,000, which is a key resistance for any bull-trap rally, will help restore confidence that the bull trend is intact.”

Meanwhile, other Wall Street analysts have also warned that the mammoth bitcoin bull run, driven by the emergence of long-awaited institutional adoption and Tesla billionaire Elon Musk whipping the crypto market into a frenzy, could be coming to an end.

“From purely a technical perspective, the bullish case [for bitcoin] looks highly challenged here in the near term,” Tallbacken Capital Advisors chief executive Michael Purves wrote in a note this week.

Bitcoin and cryptocurrency mania has spread around the world in recent months, sparked by PayPal announcing plans to allow its users to buy and hold bitcoin as well as a handful of smaller cryptocurrencies in October.

However, the surge of interest in bitcoin and crypto among retail investors has drawn the eye of global regulators who are concerned buyers rushing into the market could get burned by the highly volatile digital assets.