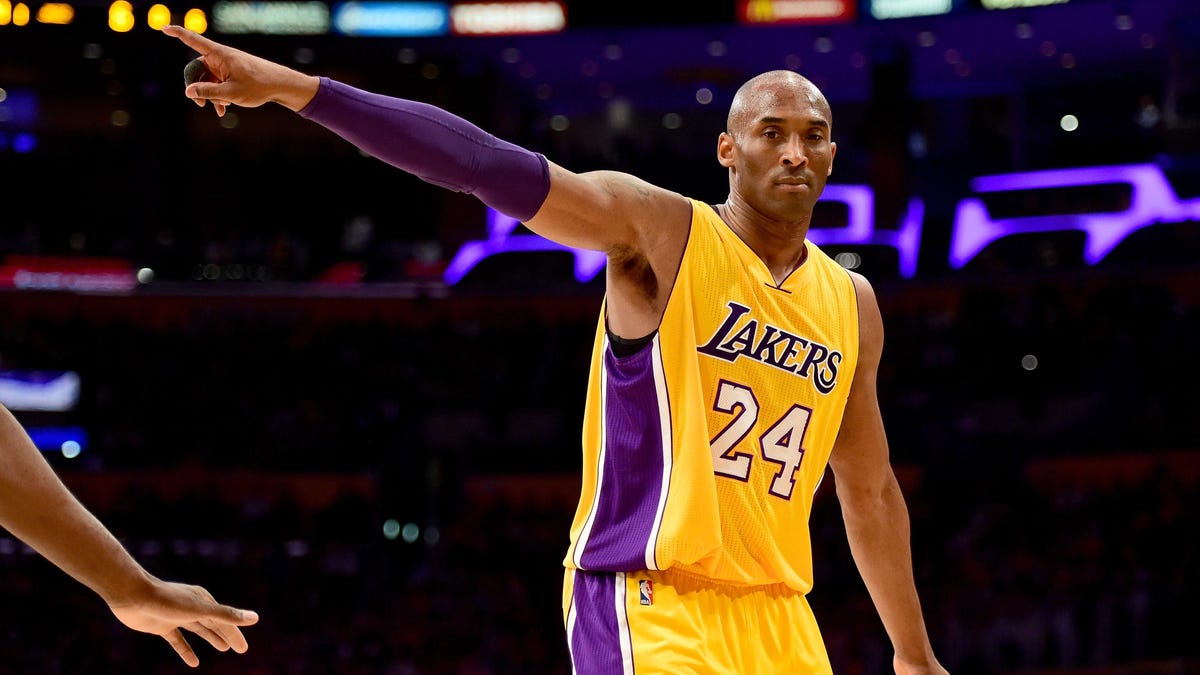 LOS ANGELES, CA – APRIL 13: Kobe Bryant #24 of the Los Angeles Lakers reacts in the first quarter … [+] against the Utah Jazz at Staples Center on April 13, 2016 in Los Angeles, California. NOTE TO USER: User expressly acknowledges and agrees that, by downloading and or using this photograph, User is consenting to the terms and conditions of the Getty Images License Agreement. (Photo by Harry How/Getty Images)

The craze of non-fungible tokens, or NFTs, has consumed the sports world over the last few weeks.

Stephen Curry bought a piece of blockchain art called a Bored Ape for $180,000. Odell Beckham Jr. purchased his digital likeness in the form of a CryptoPunk for more than $2 million.

And on Monday, some NFT community sleuthers found an OpenSea account that appears to belong to none other than the great Shaquille O’Neal.

In particular, PFP (profile picture) projects have seen an astronomical rise in popularity and sales volume of late. The project typically offers 10,000 NFTs for minting, and no two pieces of the collection are the same as they are made unique by different properties, which have varying levels of rarity. CryptoPunks, Bored Aped Yacht Club and Cool Cats are a few of the most popular PFP projects to date.

But this week, sports and basketball fans around the globe have been buzzing about an upcoming collection that honors the legacy of Kobe Bryant.

The initiative was met with doubt and skepticism as the team behind KB24 NFT immediately declared that all proceeds from the initial drop and every aftermarket sale on OpenSea would be donated to the Mamba & Mambacita Sports Foundation, which is a non-profit organization established by the Bryant family in memory of Kobe and Gianna “Gigi” Bryant.

So why, in the NFT investing market where millionaires are being made every day behind billions in trade volume, would anyone put in extraordinary amounts of time and resources to simply give away the immense profit that comes with it?

“We want to change the NFT space,” Andy Treys, one of the project’s co-founders, told Forbes. “There’s so much room for the NFT community to give back to charities and make this world a better place. We’re not doing this for fame or fortune, we’re doing this because we want to extend Kobe’s legacy to the digital realm forever.”

The KB24 NFT Team announced last Thursday that the Mamba & Mambacita Sports Foundation has given the project its “blessing.” The team told Forbes that the donation logistics are currently being finalized and a formal announcement from both parties will be released soon.

If all 10,000 KB24 NFT are sold as expected, the donation from the drop alone will send an amount between $2 million and $3 million to the foundation.

The foundation partnership quieted many of the skeptics, and over the past week the project’s Discord server has grown to nearly 25,000 users. The community of Bryant fans is active and passionate, with one member even gifting front row Lakers tickets for a giveaway prize.

“I am amazed at how fast the KB24 community has grown in such a short amount of time,” Howard, who will play with the Lakers again this season, said. “I’m excited to engage more in the NFT space, and this is a movement that carries great significance in the art world. It’s thrilling to be supporting the Mamba & Mambacita Foundation!”

Treys and co-founder Sako Waves said in a podcast interview that the KB24 NFT general public sale will take place on Friday, October 8. The cost to mint a token is .08 ETH (equivalent to about $225 as of this writing), paying further homage to one of Bryant’s jersey numbers.

Of course, there is already widespread speculation as to what these KB24 NFTs could be worth in the future. So much that one online sportsbook, BetOnline.ag, is offering prop bets and odds on the projected values and participation.

And here’s perhaps the most interesting prop from BetOnline:

Who will be the first person to use KB24 NFT as Twitter profile picture?

(The KB24 NFT team stated that it does not condone gambling and is not associated with BetOnline.)

It’s anyone’s guess as to what kind of value these Kobe Bryant-inspired pieces of digital art will hold. But one thing is certain, at the end of the day, the Mamba & Mambacita Sports Foundation will be the real winner.

What did you think of this article?

Thank you for your feedback!