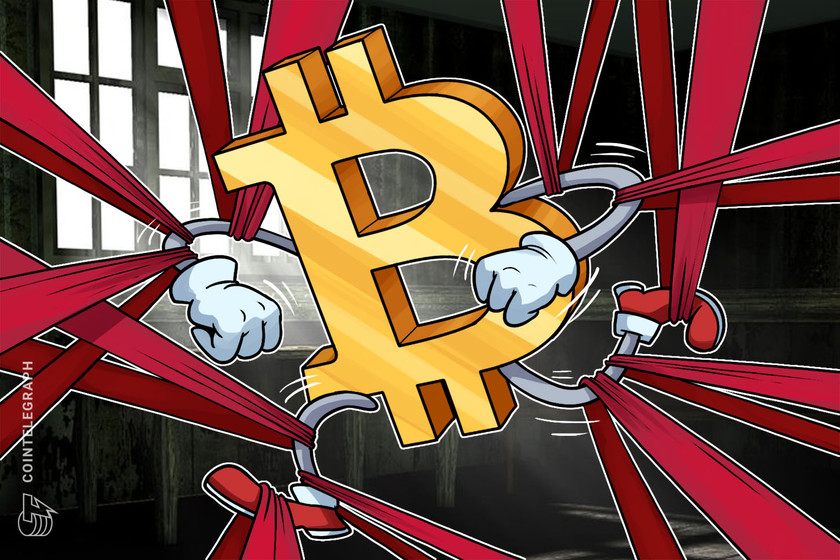 “Bitcoin (BTC) is Freedom” is one of Bitcoin’s many epithets. Like “Bitcoin is digital gold,” “Bitcoin is property,” or even Bitcoin is absolute digital scarcity, these phrases ricochet around the walls of Bitcoin-themed conference arenas. They’re also memed into eternity on social media.

But one of Bitcoin’s overarching mantras is “Don’t trust, verify.” Rooted in an old Russian proverb, the phrase has come to define the Bitcoin ethos. It suggests rules, ideas, and concepts should be tested, tried and verified. So with that in mind, to what extent is Bitcoin actually freedom? How far can we make the point that Bitcoin is categorically a tool for freedom?

At the Pacific Bitcoin conference in Los Angeles, hosted by Bitcoin-only exchange Swan Bitcoin, this debate came to life. During a panel discussion succinctly entitled “Bitcoin is Freedom,” three freedom fighters and thinkers explored ways in which Bitcoin might not be as emancipating as it is evangelized online.

Craig Warmke, a professor at Northern Illinois University, Yan Pritzker, co-founder and CTO of Swan, and Alex Gladstein, chief strategy officer of the Human Rights Foundation, discussed the nature of magic internet money. Bitcoin does not have a central body, and it is unlikely to change its rules–or hard fork– any time soon. Crucially, Bitcoin fought off a serious threat to a change in source code during the blocksize war, which, in a sense, crystallized the Bitcoin code for at least the near term.

Now, naturally, the relationship between Bitcoin and freedom may vary and can depend on an individual’s personal experiences and perspective. However, it’s taken for granted that Bitcoin is freedom due to its decentralized nature and ability to allow individuals to store and transfer value without the need for intermediaries or government control.

For example, Gladstein cited examples of individuals living in disadvantaged communities around the world. He observed that people who live under dictatorships and very repressive governments could use Bitcoin to achieve their goals and aims regardless of what their government wanted to do or what their government said.

“The reason why Bitcoin is freedom is it gives anybody with internet access and we can get to that property rights.”

Warmke expounded the idea, suggesting that much like a Dandelion flower, Bitcoin is spreading and is beautiful–but “Certain people’s preferences about how they think the world should be leads them to want to–you know–kill it.” In this context, it’s the censorship-resistant properties of Bitcoin that contribute to it being a tool for freedom.

You don’t need Bitcoin–until you do

Nonetheless, for the people that do not understand or do not wish to understand Bitcoin, then it can not set them free. Yan Pritzker tackled this point head-on; he spoke of his home country Ukraine and the response Bitcoin embodied at the outset of the Ukraine – Russia war.

He explained that the Ukrainians “Had never heard of Bitcoin, didn’t care about Bitcoin, didn’t need Bitcoin. They were getting bombed. So that was not a good time to introduce them to Bitcoin. Right.”

“But it turned out that Bitcoin was a great way for us to get money over there just simply because it was the only thing that functioned on a Saturday in the middle of the night. That was the way that we could get money over to Ukraine and then convert it into local currency and get them to the local currency.”

He also nodded to another one of Bitcoin’s catchphrases, “You don’t need Bitcoin until you do.” In this instance, people who didn’t understand or care about Bitcoin were suddenly helped by Bitcoin when they most needed it. And as a result, their level of freedom was improved thanks to Bitcoin.

Warmke shared that while Bitcoin has excellent properties of money, its low penetration in modern society and the fact that “It’s not easy to use privately” mean that sometimes Bitcoin falls short in real-world situations. Take the Canadian trucker protests, in which money was successfully raised using Bitcoin, but not all of it was delivered:

“Some of it was confiscated. And part of the reason why is even if you might want to lay this at the fault of the people who are giving them Bitcoin or who had the bitcoin, so you blame the user.”

Furthermore, there are “Not yet very many circular economies. And so if you want actually to spin the bitcoin that you receive, it’s quite hard.” Bitcoin Circular economies describe areas such as El Zonte, or Bitcoin Beach, El Salvador in which Bitcoin is used almost exclusively, and there is no need to cash out into fiat money. The offramps into fiat money could undermine economic freedom as they expose a weakness for state capture.

The three Bitcoin advocates highlighted Bitcoin’s use case in emerging markets, where Bitcoin adoption is soaring at arguably faster rates than in the developed world. However, emerging markets are plagued with poor literacy levels and unreliable internet connections. These are significant hurdles to overcome to adopt freedom money, as Bitcoin requires internet–and a rudimentary understanding of maths and typically, English.

Gladstein agreed, explaining: “Bitcoin relies on, as you’ve seen yourself, the other journeys of literacy and of Internet access.” The Human Rights Foundation CSO explained that the journey to literacy and to internet access is on a positive growthtrend:

“But the good news is it looks like by the end of the decade of this decade that even in countries like Sudan and Senegal, way more than half of all of the people in those countries will know how to read and they’ll have Internet access. So I think the potential is quite vast to make a difference.”

Plus, technical advances on Bitcoin geared to those living in the developing world are bringin more and more users online, without using the internet. For the illiterate, the solution lies with wallet developers in ensuring that users can still use Bitcoin.

But what about the price? The price per Bitcoin is down 70% from its highs. A loss of such extravagant amounts is paralyzing, not freeing. Philosopher Warmke invited the audience to lower their time preference and avoid focusing on short-term gains.

“In the long run this [Bitcoin] is a very, very freedom enabling thing because it does actually bring people that option to to have something of their own.”

Finally, Warmke also joked that his level of personal freedom has decreased since becoming a Bitcoin advocate because he checks the price too much!

Gladstein and Prtizker finished the panel on a sobering note. Gladstein explained that for some people living in authoritarian regimes, Bitcoin “Literally means life or death. In some cases, it is literally the only way they can do what they can do.” In this context, Pritzker suggested “To spend more time looking at other countries and what’s happening there. And I think you’re going to see that Bitcoin is enabling freedom in a big way.”