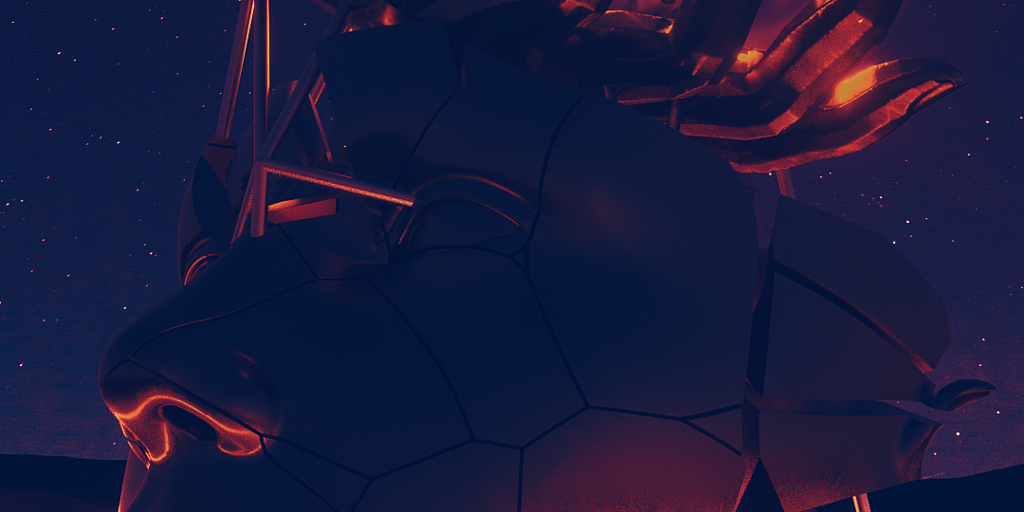 Manifold bills itself as an NFT service “where the creator is the platform.” The company recently raised a seed round from prominent investment firms.

When high profile artists such as pplpleasr or FVRENDER (shown above) want to make a non-fungible token (NFT), a growing number of them are turning to Manifold—a service that offers users near-total control over the process of minting and authenticating the unique works they create.

The service, which launched earlier this year, had been available only to a handful of elite crypto artists. On Tuesday, however, its founders announced “Manifold Studio,” which will allow anyone to mint NFTs “while retaining true ownership and provenance of your work.”

NFTs are a sort of digital receipt backed by blockchain technology. It represents ownership over any variety of digital collectibles including art, music, and even concert tickets.

While there are no shortage of sites that let you mint an NFT—OpenSea and Rarible are among the most popular—Manifold says it is unique in that it offers creators total ownership of what they create. Rather than relying on a third-party platform, and all of the licensing terms that go with doing so, Manifold claims “the creator is the platform.”

For practical purposes, this means Manifold has been creating new versions of the smart contracts that govern the ownership rights of an NFT. Its smart contract—which was Manifold’s original product—imbues the NFT artist with total rights over their creation, but also includes tools to adapt the NFT to new purposes.

The artist pplpleasr and Fortune, for example, used Manifold to create a special sub-set of NFTs related to the magazine’s iconic NFT cover. Using the service’s smart contract tools, they arranged it so that buyers who possessed certain addresses would receive an enhanced version of pplpleasr’s art—while anyone who took possession without those addresses would receive a stripped-down version.

In an interview with Decrypt, Manifold’s Eric Diep said he and his cofounders’ aim is to let artists transcend the so-called Web 2 model in which a centralized platform retains final control of a piece of content—a system that means the artist must rely on the platform not to remove the content or harm its integrity. Meanwhile, the Web 2 model ofter gives third-party platforms the power to take a significant portion of the money earned by an artist’s work

“The big change we’re advocating for is the possibility for artists to not only publish work permissionly, but to own the output of the entire creation,” he said. This opportunity to own the output, Diep notes, extends to collecting royalties and deciding on how the NFT creation will interact with other smart contracts.

But while Web 3—a term used by Diep and others to describe a world where property and social interactions are governed by smart contracts— offers many potential benefits to artists, it also has high technical barriers that prevent most people from using it.

To make that world more accessible, Diep says the new Manifold Studios lets users deploy smart contracts without having to write any code. This is akin to what the build-a-website service GeoCities and the publishing platform WordPress did for earlier versions of the web.

“The beauty and promise of Web 3 is the ‘ownable internet’,” Diep says, adding that that the artists deploying Manifold’s tools—there are fewer than 100 of them for now—have already made more than $150 million in selling NFTs.

On Tuesday, Manifold also revealed that it has raised a seed investment round from two investment firms, Andreessen Horowitz (a16z) and Incentivized Capital, that have bet heavily on crypto and the future web. The company did not disclose the size of the round, but Diep says the funding will ensure it does not have to charge artists to use its service.

In a blog post, Chris Dixon of a16z likened Manifold’s service to an “App Store” that allowed artists to acquire various pieces of code that let them add new features to their work.

“The process of minting an NFT, as dramatic and competitive as it might be, is still a tiny part of the ownership experience. Provenance and creativity are what distinguishes a truly special NFT drop, and Manifold has worked thoughtfully to extend tools to artists to make their works stand out from the crowd,” wrote Dixon.

For now, Diep says Manifold is not focused on any particular revenue model for the service but is instead focused on adding users who will help develop new experiences on Web 3. He added that Manifold’s goal is to always offer its tools free to all users, but noted that the service is profitable thanks to partnership arrangements from some of its users.

While the majority of Manifold’s current users are crypto visual artists, figures from the traditional entertainment industry such as Jay-Z and Steve Aoki are also using the service.

Manifold’s tools are built for Ethereum, but Diep says the service is “chain agnostic” and hopes to adapt its smart contracts for other blockchains in the future.