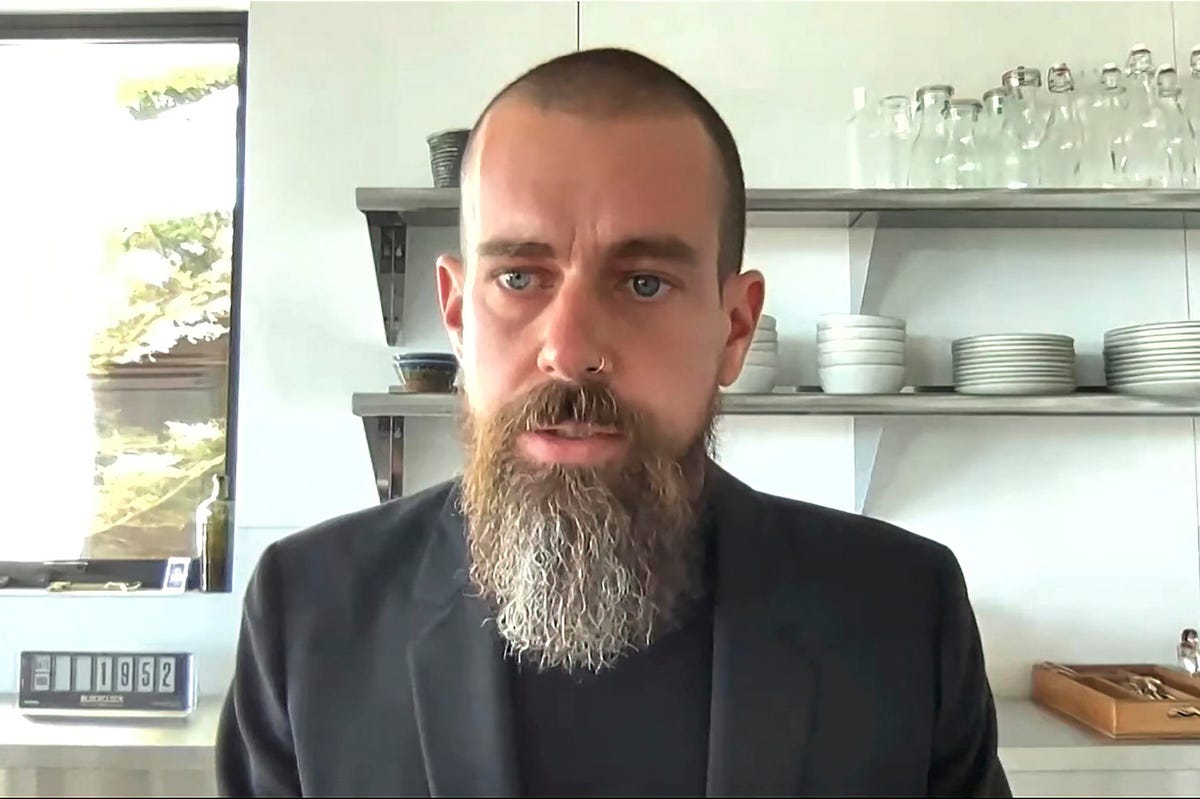 Jack Dorsey, the Twitter cofounder who quit the company to transition his payments company Block towards bitcoin, has developed a reputation as a so-called bitcoin maximalist—regularly trashing ethereum and other similar cryptocurrencies.

The ethereum price has swung wildly over the last year but it’s up by around 30% compared this time last year, leaving bitcoin and many other major cryptocurrencies in the dust even after a radical ethereum upgrade was again delayed.

Now, Dorsey has made a scathing attack on ethereum, warning it “has many single points of failure” and calling ethereum-based projects “not interesting.”

MORE FROM FORBESRace To $1 Trillion: Crypto Price Data Reveals When Bitcoin, Ethereum, BNB, XRP, Cardano And Others Could Hit The MilestoneBy Billy Bambrough

Former Twitter chief executive Jack Dorsey has emerged as one of the fiercest defenders of bitcoin … [+] and harshest critics of ethereum and other cryptocurrencies.

“If you’re building on ethereum you have at least one, if not many, single points of failure and therefore not interesting to me,” Dorsey said via Twitter in response to a post from Deso, a crypto-based social network formerly known as BitClout.

Earlier in the thread, Dorsey said he doesn’t “believe any individual or institutions should own social media, or more generally media companies” and they “should be [based on] an open and verifiable protocol.”

The debate was sparked by a tweet from Vitalik Buterin, an ethereum cofounder and the project’s spiritual leader, who was weighing in on Elon Musk’s attempted takeover of Twitter.

Last year at the Bitcoin 2021 conference in Miami, Dorsey said, “bitcoin absolutely changes everything,” adding, “I don’t think there’s anything more important in my lifetime to work on.” Speaking before he quit Twitter, he said, “If I were not at Square [now Block] or Twitter, I would be working on bitcoin.”

The ethereum price has surged 30% over the last year, outperforming bitcoin and many other … [+] cryptocurrencies.

Ethereum and similar smart contract blockchains, including its biggest rivals BNB, solana, cardano and avalanche, stand apart from bitcoin despite being based on similar technology. Bitcoin, with its finite supply of 21 million coins and focus on decentralization, has developed a reputation as “digital gold,” while ethereum and others are trying to build the foundations of a blockchain-based internet—something that’s become known as web3.

Dorsey, who has said Block will never invest in ethereum, has previously criticized the idea of web3, claiming it’s overly reliant on venture capital cash and not owned by “the people.”