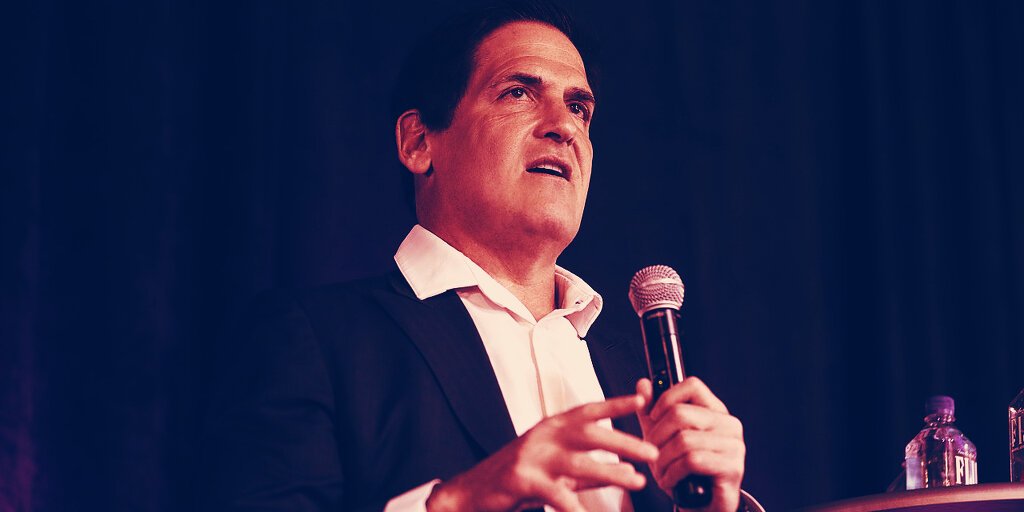 Mark Cuban owns the Dallas Mavericks, appears regularly on the investment show Shark Tank, and has a net worth above $4 billion.

But what everyone really wants to know is: What type of cryptocurrency does he own?

Turns out, quite a few Ethereum-based DeFi tokens scratching the bottom of CoinGecko’s listings. Cuban wrote on Twitter today, “I definitely got my share of shitcoins lol.”

That revelation came about from a clip Cuban posted to Twitter of him dancing in Mavericks gear. That clip can be purchased from his accountt on Rarible, a marketplace for nonfungible tokens (NFTs)—digital collectibles on a blockchain.

Cuban’s profile includes a public address, which is in turn funded by another wallet discovered thanks to sleuthing from The Block ‘s Head of Research Steven Zheng.

The wallet features a hodgepodge of ERC20 tokens, such as OPEN Governance Token, HYVE, and MASQ, collectively worth a little over half of an ETH.

Cuban’s shift toward crypto icon is in progress. In April 2020, the billionaire investor said he owned only about $130 in Bitcoin. But earlier this month, he revealed he’s been more invested than he previously disclosed and had holdings in Coinbase.

Of course, HYVE and MASQ don’t quite have the cachet to be listed on Coinbase.

By tomorrow, they’ll all probably be worth more than GameStop stock.