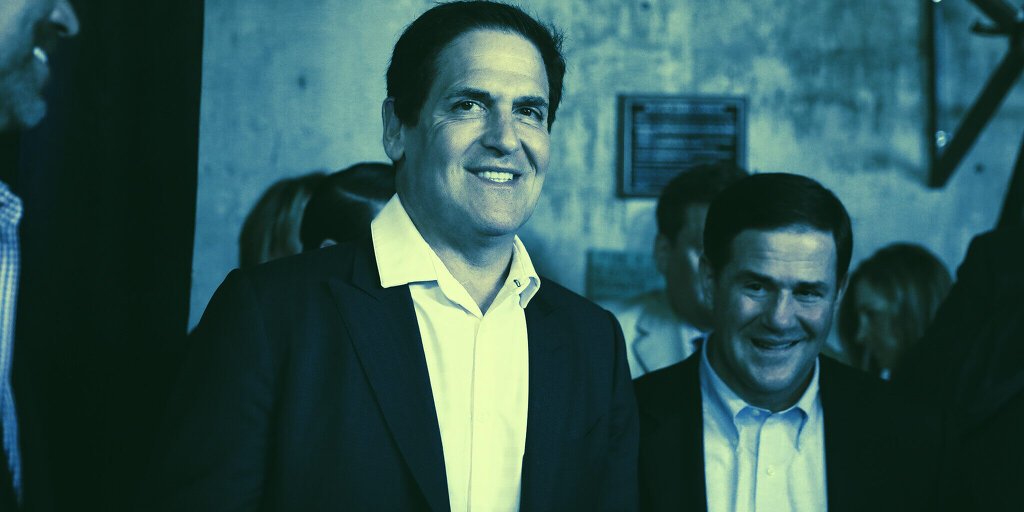 Mark Cuban, the billionaire investor and Dallas Mavericks owner, is about to merge two of his side gigs: judging reality competitions and promoting crypto innovations.

Cuban will be taking part in a reality competition held by Ashton Kutcher’s and Guy Oseary’s Sound Ventures. Only instead of judging new inventions, Cuban will be evaluating potential NFT businesses.

Sound Ventures, an LA-based startup investment firm, is throwing $1 million behind “NFTs: The Pitch,” a behind-closed-doors (virtual) competition that’s currently taking applications for a pitch session to be held April 21. It was founded in 2015 by Kutcher and Oseary, an entertainment industry insider who has managed U2, served as Madonna’s business partner, and helmed Maverick Records as it developed Alanis Morissette into a household name.

Cuban will join Oseary and Kutcher in judging the competition, along with NFT-producing musicians Snoop Dogg and 3LAU, pseudonymous NFT art collectors Whale Shark and Metakovan (who was recently revealed to be Vignesh Sundaresan of Portkeys Technology), and Scalar Capital co-founder Linda Xie.

Sound Venture’s NFT page says the competition is open to “anyone around the world who is innovating with NFTs whether it’s just an idea or a product in market.” It’s not looking for one-and-done NFT ideas, however. “Those applying should be interested in building a company over the long-term,” the FAQ reads.

And they’re very popular, as Kutcher, Snoop Dogg, and Cuban’s participation would suggest. Cuban, in particular, has been investing a lot of money into cryptocurrency and NFTs of late. He, along with Sound Ventures and others, contributed to a $9 million Series A for NFT art marketplace SuperRare last week. He’s also put his money into NFT-base social media platform Nifty’s as well as DeFi and NFT data platform Esprezzo.

Given those figures, $1 million may not be enough.