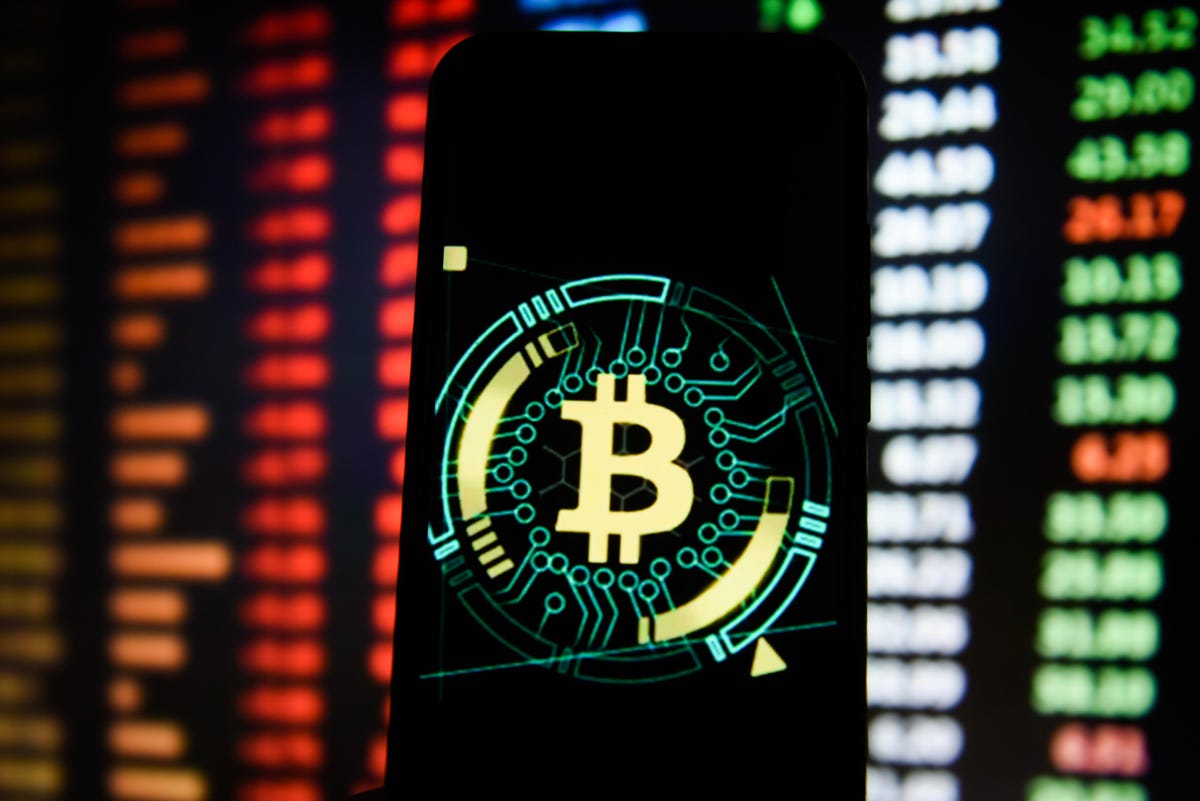 Bitcoin and cryptocurrency prices have struggled this year, with the Federal Reserve’s plan to raise rates and potentially trim its balance sheet spooking investors.

The bitcoin price has lost around 40% of its value since hitting an all-time high of nearly $70,000 per bitcoin in November. Smaller cryptocurrencies, including ethereum, BNB BNB ﻿, XRP XRP , solana, cardano, luna and avalanche, have also fallen back—though some are on track to break records in 2022.

Now, a panel of cryptocurrency experts has predicted the bitcoin price will peak at almost $82,000 in 2022 before dropping to just above $65,000 by the end of the year—but warned a more advanced blockchain such as ethereum, BNB, XRP, solana, cardano, luna or avalanche could eventually eclipse bitcoin.

MORE FROM FORBESRace To $1 Trillion: Crypto Price Data Reveals When Bitcoin, Ethereum, BNB, XRP, Cardano And Others Could Hit The MilestoneBy Billy Bambrough

A bitcoin price prediction has forecast the cryptocurrency could hit an all-time high in 2022 but … [+] warned threats could emerge from ethereum, BNB, XRP, solana, cardano, luna and avalanche.

“There’s still plenty of uncertainty about the short-term bitcoin outlook,” Asher Tan, the chief executive of Australia-based crypto exchange CoinJar and panel member said in a statement. Tan has a more conservative outlook on the bitcoin price than the panel average.

“Given the macroeconomic headwinds, it would not surprise me to see bitcoin spend the whole year bouncing around between $30,000 to $60,000—the sort of conditions that are terrible for traders, but rewarding for accumulators with a multi-year timeframe.”

The panel, made up of 35 people from the world of crypto and put together by financial comparison website Finder, has returned a lower average bitcoin price prediction for the end of 2022 than it did in January—at the time predicting the bitcoin price would end December at just over $76,000.

However, some panel members have become more bullish since then. Martin Fröhler, the chief executive of ethereum-based trading platform Morpher gave one of the most bullish end-of-2022 predictions, pointing to “political uncertainty, inflation, and an ever increasing desire to own non-government controlled assets” as likely to push the bitcoin price to a new all-time high.

The continued success of ethereum and recent rallies for other top ten cryptocurrencies such as BNB, XRP, solana, cardano, luna and avalanche may have weighed on the panel’s outlook, with 50% predicting bitcoin will eventually be displaced as the most valuable cryptocurrency.

“Bitcoin is a one trick pony,” said Thomson Reuters technologist and futurist Joseph Raczynski who thinks ethereum has “far grander” potential than bitcoin as “a massive platform of the internet of value.”

“For now, bitcoin really only serves as another currency, akin to a dollar, euro, or pound. Other blockchains that serve a multitude of purposes will likely have a chance to take the throne.”

Others are even more downbeat about bitcoin’s prospects. John Hawkins, a senior lecturer at the University of Canberra, returned one of the bleakest bitcoin price predictions, forecasting bitcoin will be worth just $5,000 by the end of 2025 and dropping to a mere $100 per bitcoin by 2030 as it loses out to ethereum and state-backed alternatives.

“As well as private crypto being replaced by central bank digital currencies, and a general collapse of the speculative bubble, I think bitcoin will lose out to ethereum which has a stronger use case, especially if ethereum ever converts to proof-of-stake and so becomes more environmentally responsible.”

Ethereum’s long-awaited transition to the less energy-demanding proof-of-stake consensus mechanism, abandoning the proof-of-work system pioneered by bitcoin, was expected to happen over the next couple of months but has recently been delayed until the end of this year.