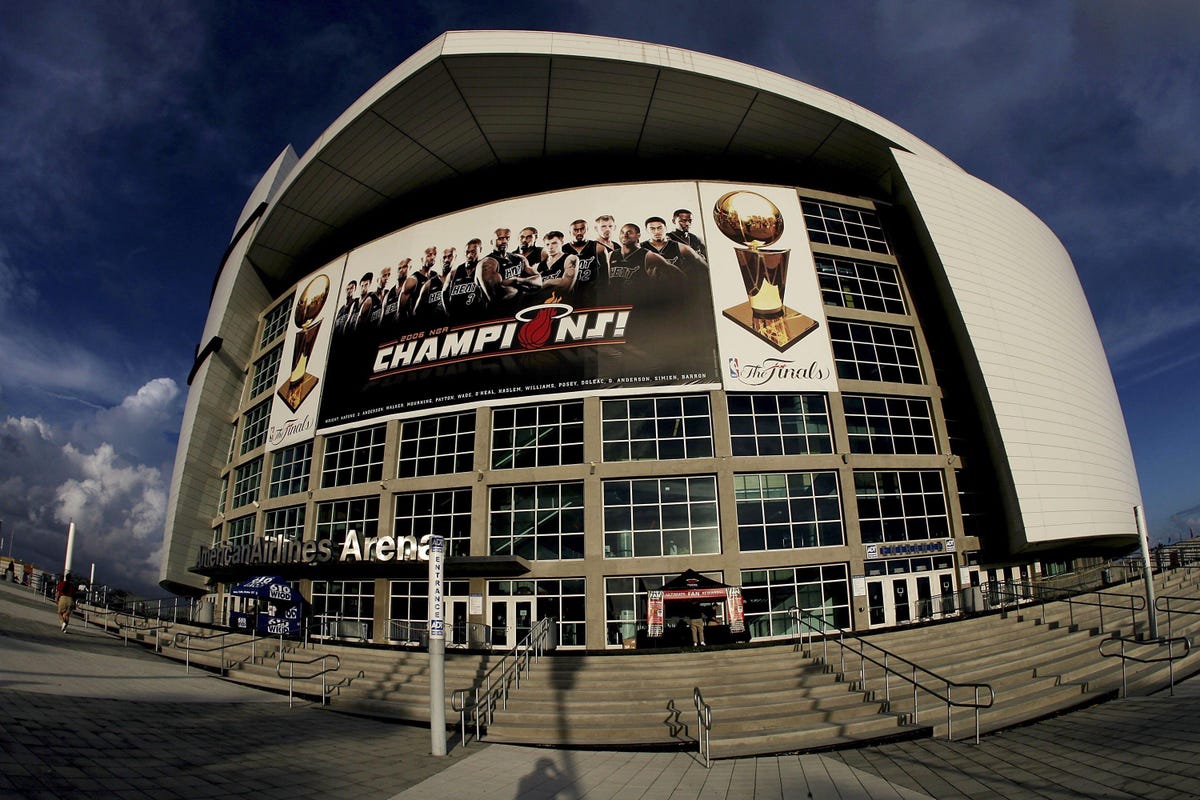 MIAMI – OCTOBER 31: A view of the outside of American Airlines Arena showing a banner celebrating … [+] the Miami Heat’s 2006 NBA Championship before the Chicago Bulls take on the Heat on opening night on October 31, 2006 in Miami, Florida. NOTE TO USER: User expressly acknowledges and agrees that, by downloading and or using this photograph, User is consenting to the terms and conditions of the Getty Images License Agreement. (Photo by Doug Benc/Getty Images)

The Miami Heat have long established themselves as one of the more forward-thinking franchises in the NBA. Just months after entering a long-term partnership with FTX.us that includes the rights to the Heat’s arena on Biscayne Bay, the team is continuing to look to the future by honoring one of their greatest moments in the team’s history. Beginning on July 14, the team will auctioning a collection of non-fungible tokens (NFT) commemorating the 15th anniversary of Miami’s 2006 NBA Championship.

The collection – titled “15 Strong,” a frequently used rallying cry during the 2005-06 NBA season – will include 127 unique pieces of digital memorabilia. Additional items available for auction include an authentic 2006 Championship ring, 2006 Championship banner, and 2021-22 game tickets with select NFT editions.

“The Miami HEAT 15 Strong NFT Collection represents a unique combination of the past and the present,” said Jennifer Alvarez, Vice President of Creative and Digital Marketing of The HEAT Group. “The specially curated 15 NFTs available for auction create exciting opportunities for traditional memorabilia and NFT collectors.”

Each NFT has been minted onto the Ethereum blockchain in limited supply, according to a release from the team, to “verifiably guarantee ownership.” The collection, which can be viewed online NFT.HEAT.com, includes images of the team’s championship ring, as well as the Larry O’Brien trophy presented to the winner of the annual NBA championship. One set of 8-bit style renderings with images that vary from artwork based on ticket stubs during the team’s title run, or to the team’s mascot, Burnie.

The 2006 championship was the first of three titles for the franchise, as well as the first of their six appearances in the NBA Finals. The team was led by Dwyane Wade, in just his third professional season, as well as Shaquille O’Neal, Alonzo Mourning and head coach Pat Riley, who had made his return to the sidelines after a two-year absence and took over coaching duties midway through the 2005-06 season. Riley had effectively motivated the team utilizing a “mystery bowl” in the center of the team’s locker room, later revealed to have thousands of cards bearing an image on one side and the motto “15 Strong” on the other.

“We took on a slogan, a motto or whatever you wish, but it was really about 15 guys being strong,” Riley said at the time. “There was a lot of conjecture throughout the course of the year about our team, its character, about certain players and how it wouldn’t work, the chemistry. People don’t know. People don’t know how much these guys really wanted it.”

Fans of the team will now have the opportunity to show how much they want a piece of this innovative homage to the team’s successful history.