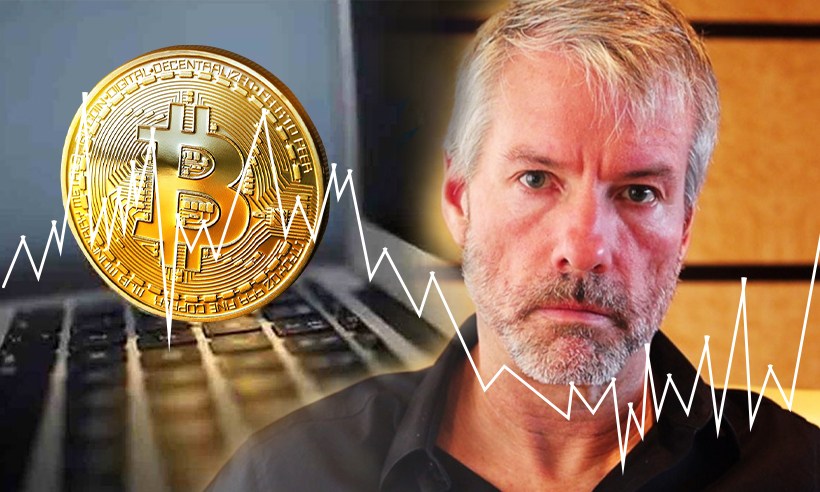 American Entrepreneur Michael J. Saylor feels Bitcoin ownership of stocks in big tech companies is no longer sufficient. The business executive was widely reported to have purchased thousands of Bitcoins for himself and his company Microstrategy, since June 3, 2020. In an interview with BTC advocate, Max Keiser, during the ongoing Bitcoin 2021 conference, Saylor discussed how he came to invest in Bitcoin, its merits as an asset, and what kind of investor behavior can be prevented by it.

Michael Saylor Stocked on Thousands of BTC in 2020

Originally, Saylor was offered an investment in Bitcoin in 2014. Back then, the Microstrategy co-founder decided to skip the option in favor of investing in tech giants. He also dismissed the prospect of inflation, which pummelled stock markets after governments around the world printed excessive money in the wake of the COVID-19 pandemic.

Once he realized that inflation was inevitable, Saylor began to study Bitcoin. And on June 3, 2020, he made his first personal investment in BTC. Two months later, Microstrategy followed suit and pumped multi-million dollars into the cryptocurrency. The company has since made many more allocations in Bitcoin.

While outlining the benefits of Bitcoin over stock investments in major tech companies, Saylor says that the currency delivers 200x higher ROI, when compared to assets like Google and Apple. He also suggests that the returns were even higher in the case of traditional organizations such as the Bank of America and JPMorgan.

To demonstrate how BTC could escape investor misbehavior, Saylor cites the recent example of AMC entertainment. The firm made headlines after it got caught up in a meme-stock moment. Investors lurking around online communities helped AMC Entertainment raise $1 billion from stock sales. Saylor feels this was basically akin to “creating money out of thin air.” Something Bitcoin can avoid completely due to its limited supply of 21 million coins.

Saylor predicts that in the future eight billion people could end up owning mobile devices with digital wallets containing one global currency — Bitcoin. This scenario will enable them to regain their lost human rights.