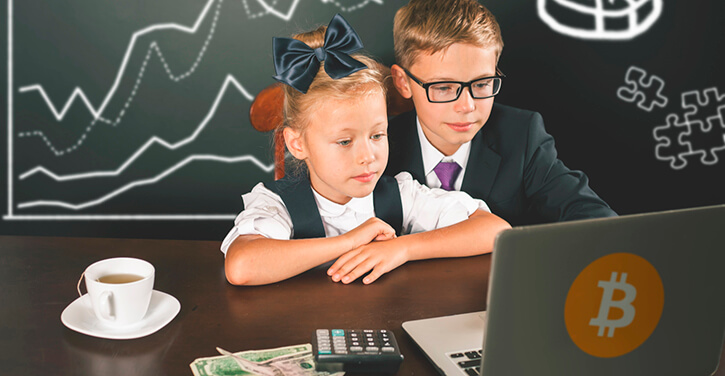 MicroStrategy CEO Michael Saylor yesterday announced the launch of ‘Bitcoin for Everybody’ – a free crypto education course. Covering Bitcoin from the basics through to technical and practical components, the course provides a good grounding for anybody wanting to start interacting with the cryptocurrency.

Saylor has been something of a Bitcoin cheerleader over the last year, saying in October, “If it’s [Bitcoin] not a hundred times better than gold, it’s a million times better than gold and there’s nothing close to it.” His business intelligence company, MicroStrategy, has spent over $1 billion on Bitcoin since the summer which is now worth more than $3.3 billion, putting MicroStrategy at the top of the list of publicly traded companies by Bitcoin holdings, according to Bitcoin Treasuries.

Saylor has also been trying to proselytise other companies and CEOs, including Elon Musk, tweeting on Monday: “Tesla $TSLA has de-risked the acquisition of #bitcoin by public companies and accelerated the digital transformation of corporate balance sheets.” MicroStrategy also hosted the ‘World.Now’ conference which included ‘Bitcoin for Corporations’ sessions aimed at enticing institutional investors.

Now, Saylor has introduced a course for anyone who wants to learn to harness the power of digital finance. The course is on the Saylor Academy website, a non-profit initiative providing free online courses since 2008 in subjects from business to chemistry to art history.

The Bitcoin for Everybody course is split into five units: Bitcoin Economics, Bitcoin Investment, Bitcoin History and Philosophy, Bitcoin Technology and Bitcoin in Practice. Starting with the history of money, the course explores the depreciation of fiat money, the attempted SegWit2x hard fork and the immutable nature of Bitcoin’s ledger, before covering basic instruction on using a Bitcoin wallet, as well as privacy and security practices.

Bitcoin for Everybody is free, open to anyone and estimated to take 12 hours to complete. Upon completion of the course there is an optional final exam, in which participants who pass can earn a free course completion certificate.