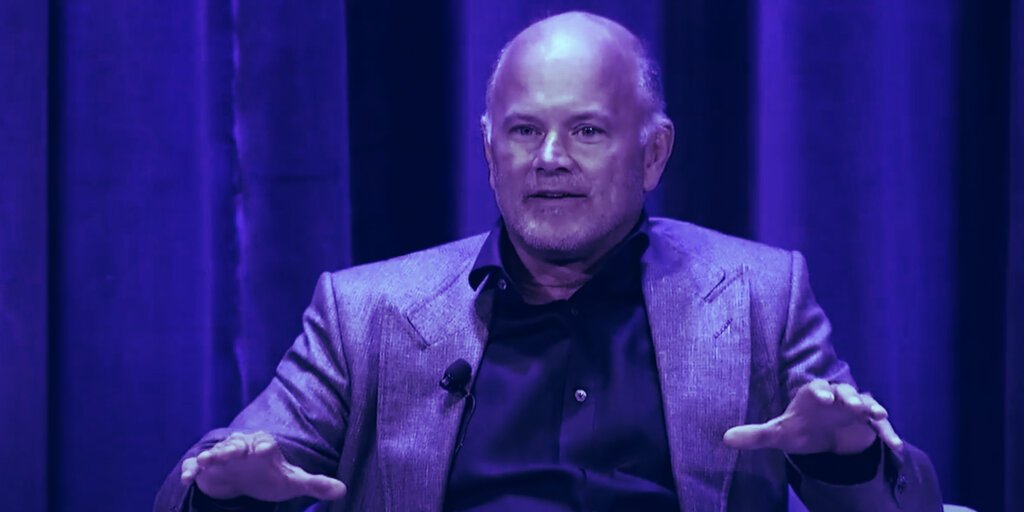 Galaxy Digital founder and CEO Mike Novogratz famously said of institutional crypto adoption back in 2017 that “the herd is coming.” In 2021, the herd has indeed arrived, but so has the law.

The newly minted Securities and Exchange Commission chairman Gary Gensler did not set foot inside the Messari Mainnet conference in New York this week, but he was nonetheless ubiquitous, conducting an interview with The Washington Post on Tuesday—streamed live at the conference—in which he called cryptocurrencies “an asset class that’s highly speculative.” His remarks added to a crypto market correction on Tuesday.

On a Wednesday morning panel at the conference, Novogratz was unequivocal when asked about Gensler. “Gary is smart, there’s absolutely no doubt about it he’s smart,” the billionaire investor and Bitcoin bull said. “There’s also absolutely no doubt about it that he wants to regulate crypto. Clear as could be. He wants to be the sheriff of Cryptoville.”

Gensler also used his Post interview on Tuesday to make the case to D.C. lawmakers that the SEC is the entity best placed to regulate the nascent $2 trillion crypto industry and the lending protocols that are fueling its growth. “It’s highly likely that [lending platforms] have thousands of tokens, and it’s highly likely that they have on these platforms securities investment contracts or notes or others that fit the definition of a security,” Gensler said, concluding “there’s going to be a problem on lending platforms or trading platforms.”

The SEC has flexed its muscle of late, allegedly pushing Coinbase to drop its Lend product before it could launch; Coinbase had planned to use the project to deliver high-yield returns on specific cryptocurrencies held with the exchange. Celsius and BlockFi, which run their own high-yield crypto interest accounts, have been hit with cease-and-desist letters and other enforcement actions by several state securities regulators, including in the companies’ home state of New Jersey.

But Novogratz isn’t working on crypto lending, at least not yet. His newest focus is to get a U.S. crypto ETF (exchange-traded fund) approved by the SEC, which has yet to approve one. Galaxy Digital this week partnered with giant investment management firm Invesco to file a new Bitcoin ETF proposal. ETFs are the holy grail of crypto investing because they trade like stocks and integrate easily into retirement portfolios. “Ubiquity is what’s going to allow us to get to the next level,” Novogratz said on the panel, because more people leads to increased liquidity and lower volatility.

Moreover, Novogratz isn’t concerned that he’s wasting his time. During the panel, he mentioned that he’s working to hire someone who can speak D.C.’s language and teach lawmakers about crypto.