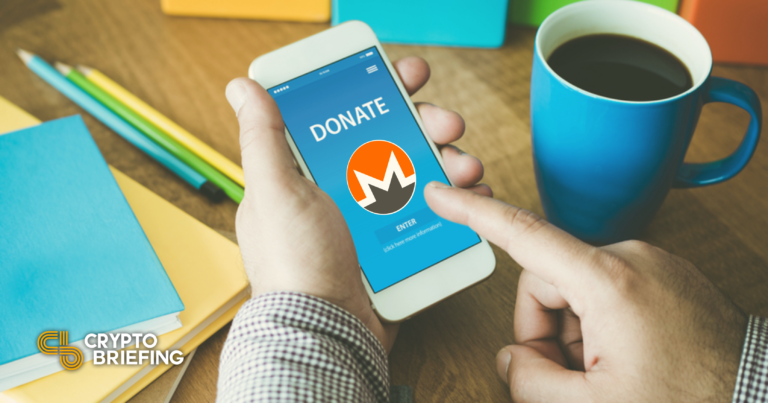 Monero has received a donation of 1711 XMR ($486,600). The team plans to publish a spending report in the coming months. Monero’s General Fund helps the project purchase web services, tools, and salaries for contractors.

We’re delighted to share that our General Fund has received a donation of 1711 XMR (approximately $500k)!

Monero contributor binaryFate confirmed that the transaction was not a change output from one of the fund’s own transactions, but rather a transaction that came from an outside source.

He wrote: “This is indeed a donation! Hats off to the donor. No BS talk or reputation farming, just direct anonymous action.”

How Much Money Is in the Fund?

The donation was sent to the Monero General Fund. BinaryFate noted that this fund is “administered and escrowed by the Core Team, who spends donations as it sees fit to benefit the Monero project.”

In light of that data, today’s $500,000 donation will increase the size of the Monero General Fund considerably.

What Will the Donation Be Spent On?

Previously, Monero’s General Fund has been used to pay for web services and hosting, plus tools such as ARM buildbots.

Part of the fund also goes toward one salary. While members of the Monero core team do not receive salaries, the project employs Diego “Rehrar” Salazar as a contractor, who does receive payment.

BinaryFate, who is primarily responsible for the fund, stated that Monero will publish a transparency report this month. That report may give the public some idea of what today’s donation will go toward.

MobileCoin is facing criticism around the origin of its features following accusations from one of Monero‘s lead developers. Did MobileCoin Borrow Code From Monero? MobileCoin combines Ring Confidential Transactions (RingCT)…

A new Monero proposal has raised $150,000 in hopes of encouraging non-profit groups to tweet their support for Tesla. However, the publicity stunt has created a rift in the community….

What is Polygon (MATIC): Ethereum’s Internet of Blockchains

In terms of both decentralized app (DApp) development and adoption, no blockchain has been more successful than Ethereum (ETH). But despite its relative success, the Ethereum network still contains several…

Monero outperformed all other privacy-centric altcoins in 2020 with a 249% price increase despite tightened regulation. Following its excellent performance in 2020, XMR looks primed for further gains. Leading the…