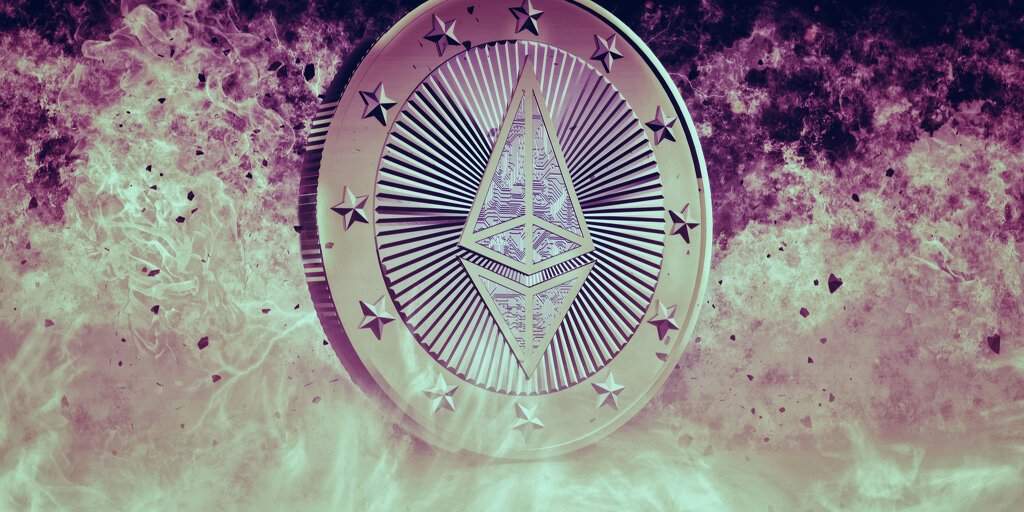 EIP-1559 was a code change that allowed transaction fees to be burned. That’s placed deflationary pressure on Ethereum. The pressure has helped raise the price of ETH.

When EIP-1559 was introduced to Ethereum last month, it was supposed to slow down how fast the supply of ETH grew. But for the last 24 hours, the amount of ETH isn’t growing at all. It’s shrinking.

More Ethereum has been burned on the network than minted over the last 24 hours, meaning there’s less ETH available today than there was yesterday. Ethereum experts believe this is a first for the network.

EIP-1559 was a proposed coding change to the Ethereum blockchain that allowed block sizes to expand so that more transactions could be sent through on the network. The Ethereum network has struggled with congestion thanks to the popularity of NFTs and decentralized finance apps such as lending protocol Aave and exchange Uniswap, as such tools use the network’s finite resources.

Part of the proposal was to mandate a base fee for each transaction. Instead of going to the miners who validate network transactions, as fees had been, that base fee would be burned (i.e., taken out of circulation by being sent to a wallet that can’t be accessed). The idea was to reduce the supply of ETH, which, unlike Bitcoin, has no upward limit. As a result, the price of Ethereum would theoretically rise to meet demand.

While EIP-1559 reduces the rate at which ETH supply grows, it does not necessarily lower the supply of Ether. That’s because, with each block produced, miners still get to keep the newly mined Ether. As long as that is higher than the fees burned, the supply of ETH increases.

That’s no longer the case, at least today.

In a 24-hour period spanning Thursday and Friday, the supply growth turned negative. More ETH was burned than the 12,500 to 13,000 ETH being issued to miners. This can happen as the base fee adjusts upward during periods of higher demand.

Since the code change went into effect on August 5, over 188,000 ETH has been burned, according to EIP-1559 tracking website Ultrasound Money. Per pricing from Nomics, it’s the equivalent of $736 million.