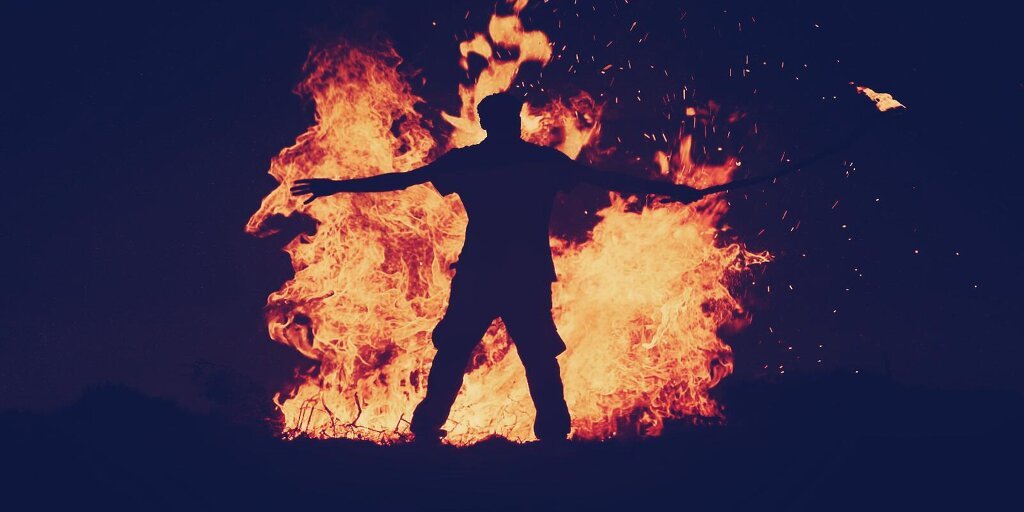 On August 5, Ethereum developers implemented a change to the network that burns gas fees instead of handing them to miners. $221 million worth of ETH has already been burned since that change. Staking on ETH 2.0 surpassed 7 million ETH today.

The Ethereum network has been on fire since the transaction fee-burning update, EIP-1559, came into effect on August 5.

The total amount of coins burned—removed from the network’s circulation—has now topped 71,000 ETH, or $221.5 million.

EIP-1559 burns ETH that had been used to pay for transactions on the Ethereum network, such as swapping a coin on a decentralized exchange or transferring an NFT.

EIP-1559 was one of five upgrades introduced as part of Ethereum’s London hard fork on August 5.

Before EIP-1559, the Ethereum network didn’t burn tokens—although several Ethereum-based tokens, such as Shiba Inu, burn tokens as part of their monetary policy.

Instead, gas fees went to Ethereum miners, a decentralized network of powerful computers that keep the network humming. But now, unless users “tip” miners, miners will no longer receive those fees, which are instead burned.

The network used to determine the gas price according to the laws of supply and demand. EIP-1559 replaced that with a flat fee, apart from exceptional periods of congestion. It costs 32 gwei ($2.1) to process a simple transaction in 3 minutes at the time of writing.

Transaction costs are higher for more complicated transactions. It costs about $8.80 to transfer a token on NFT marketplaces. OpenSea, the largest NFT marketplace, is also the biggest gas spender, responsible for 8,750 ETH ($28.4 million) since EIP-1559 came into force. OpenSea’s trading volumes have spiked since a CryptoPunks trading frenzy began on July 31.

And it costs $20.2 to process a simple token swap on decentralized finance protocol Uniswap. The protocol accounts for the second most amount of gas burnt, totaling 5,128 ETH ($16.7 million) so far.

Ethereum’s gas-guzzling miners won’t be here for long: The network will soon transition to a proof-of-stake consensus mechanism, which doesn’t need miners. When that comes into force, Ethereum will rely on stakers.

Ethereum stakers verify transactions by pledging ETH to the Ethereum 2.0 smart contract. Stakers are rewarded with newly-minted ETH for securing the network, just like miners on Ethereum 1.0. Today, the amount staked on Ethereum surpassed 7 million ETH, worth $22.9 billion, according to data from blockchain analytics firm Nansen.

Staked ETH is locked until an update that will follow the “merge”—when Ethereum 1.0 and 2.0 communicate for the first time. Developers expect the merge to ship by early 2022, and that the update to unlock staked ETH will happen shortly after it. Until then, a little patience is required.