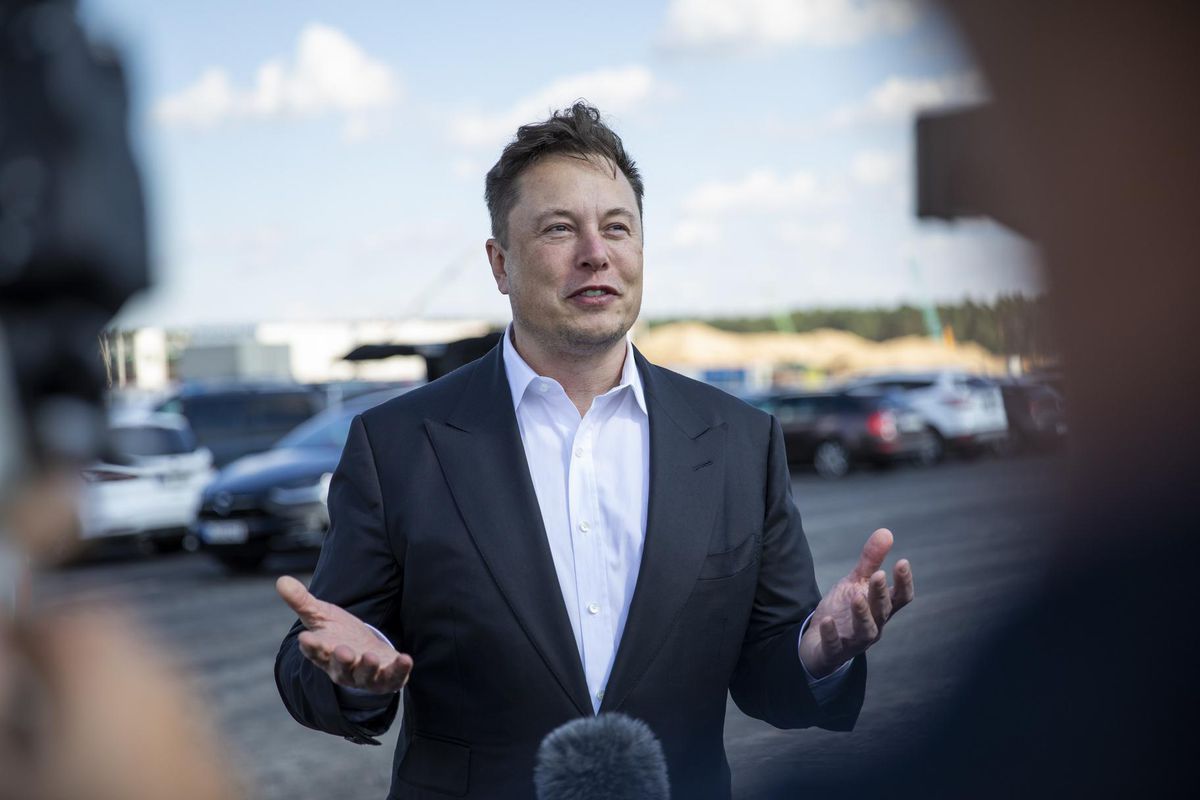 Tesla TSLA chief executive Elon Musk may no longer be the bitcoin community’s favorite tech billionaire but he can still move the bitcoin price.

Musk, who has alientated many in the bitcoin space over recent months with his tongue-in-cheek support of “joke” cryptocurrency dogecoin, sent the bitcoin price sharply higher early Sunday afternoon.

Sign up now for Billy Bambrough’s CryptoCodex—a free, new, daily newsletter that gets you up to speed and ahead of the market. Arriving in your inbox at 7am ET every weekday

Tesla billionaire Elon Musk crashed the bitcoin party earlier this year with a $1.5 billion bet on … [+] the cryptocurrency but has since turned his attention to “joke” bitcoin rival dogecoin.

“This is inaccurate. Tesla only sold ~10% of holdings to confirm BTC could be liquidated easily without moving market,” Musk said. In February Tesla revealed it had bought the equivalent of $1.5 billion of the digital currency and continues to hold most of it.

The bitcoin price jumped by around 5%, climbing toward $40,000 per bitcoin, following Musk’s confirmation Tesla plans to eventually resume its bitcoin support.

The bitcoin price crashed in April partly due to Musk pulling the plug on Tesla customers using bitcoin for purchases, citing the bitcoin network’s eye-watering energy demands that have spike in the last few months.

CryptoCodex—Helping you understand the world of bitcoin with brevity

The bitcoin price added around 5% following Elon Musk’s tweet confirming his plans to restart … [+] Tesla’s bitcoin support if the cryptocurrency improves its use of renewable energy.

In late May, Musk helped create the North America Bitcoin Mining Council, bringing together some of the region’s biggest mining companies with the goal to increase miners’ use of renewables.

“[The North American bitcoin miners] committed to publish current and planned renewable usage & to ask miners [worldwide] to do so,” Musk posted to Twitter at the time, adding he thought the development was “potentially promising.”

In the meantime, Musk has lent considerable support to dogecoin, a meme-based cryptocurrency originally created as a “joke,” calling for developers to submit upgrade ideas and calling a suggestion dogecoin could be used via the ethereum blockchain “amazing.”