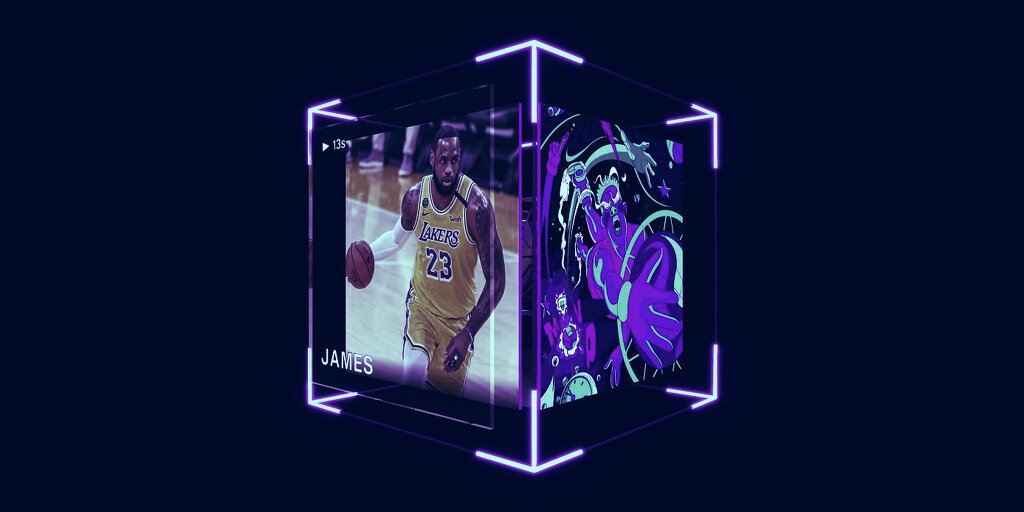 NFTs, or non-fungible tokens, are bursting into the mainstream—with everyone from famous musicians, to comedians, to UFC fighters getting in on the action.

While NFTs have been around for a number of years, the cryptographically-unique tokens have exploded in popularity in recent months, thanks to headline-grabbing stories about crypto artists making record-breaking sales, and sports fans flocking to NFT collectibles such as NBA Top Shot.

But this influx of new money has led to fears of a bubble—and questions over how sustainable the NFT space is. According to NFT data provider NonFungible, daily sales have dropped from around $10 million to below $5 million in recent days, suggesting the market might be slowing down.

It’s very tricky, however, to foresee how big a bubble will grow and determine when—or if—it’s about to pop. In this article, we take a look at the data (all from NFT data provider CryptoSlam) behind the top three biggest crypto collectible sets, in order to understand their current performance.

NBA Top Shot is the biggest mainstream example of digital collectible cards. Each Top Shot features a moment from basketball history, in the form of a short video clip. It launched in July 2020 before picking up traction from the start of 2021—with a number of its metrics showing positive signs.

There has been a lot of demand for the basketball NFTs. In February, sales volume for NBA Top Shot topped $219 million, up 400% on the previous month. A slight decline followed in March, but volumes remained above the $200 million mark.

At the same time, average sales for NBA Top Shot collectibles have risen. After staying below $50 for each month during 2020, they reached a peak of $180 in February. Again, they saw a slight decline last month, but stayed around the same level.

The most expensive NBA Top Shot NFTs are for LeBron James moments, particularly the From The Top set. On March 21, one sold for $210,000, setting a new record.

The OG Ethereum NFT, CryptoPunks are a collection of 10,000 artworks depicting pixelated heads. There are a few special variants, including apes, aliens and zombies, which tend to sell at higher prices. CryptoPunks tend to make up some of the most expensive crypto collectible sales, with CryptoPunk 7804—an alien with small shades and a pipe—recently selling for $7.8 million.

CryptoPunk sales have largely gone parabolic over the last three months. The average sale has gone from $12,000 in January to $69,000 in March. And monthly sales of CryptoPunks, which were in the low thousands for most of 2020, skyrocketed to $96 million last month.

Despite the record amounts, CryptoPunks has a very small user base. Most months, fewer than 100 people purchase these crypto collectibles. In February, however, this rose to just shy of 700 buyers with a whopping average sale price of $37,400.

Launched in March 2019, Sorare is a fantasy soccer game using NFTs to represent individual players. Each week, you build a lineup of players, with their on-pitch stats translating into in-game points; your goal is to beat other users in the leagues by amassing the most points each week.

Activity on Sorare started picking up in the last few months of 2020, breaking above 1,000 monthly buyers in November. This growth rapidly accelerated this year, rising significantly in both February and March.

Total monthly sales volume for Sorare has increased too, rising month-on-month to its current value of $15 million. While Sorare has a much smaller user base than NBA Top Shot, it had a bigger average purchase price of $283 last month—80% higher than its basketball rival.

In terms of the most expensive Sorare cards, Kylian Mbappe takes the lead. The most expensive “super rare” card featuring Mbappe sold for $85,000, with two “rare” versions coming in at $75,000 and $63,000 each.

So, looking at all three crypto collectibles, while they have all seen record growth since the start of the year, there are some indications that NFT mania may be running out of momentum.