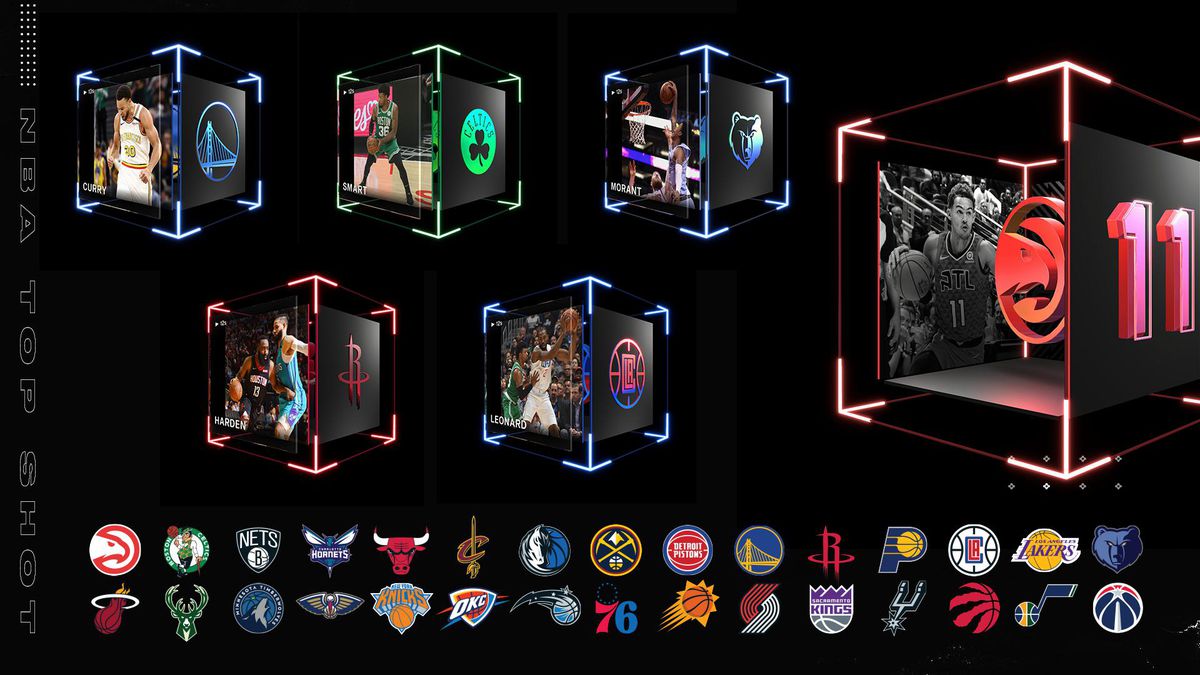 NBA Top Shot has raised $305 million in a round led by the tech-focused investment firm Coatue.

NBA Top Shot is crushing it. Five months into its open beta, the blockchain-based collectible platform has already handled more than three million transactions and $460 million in sales on the secondary market. Now, with collectors’ interest in non-fungible tokens hitting a fever pitch, the platform’s creator has a jaw-dropping stat of its own.

Dapper Labs has raised $305 million in a round led by the tech-focused investment firm Coatue that values the three-year-old startup at $2.6 billion, a person with knowledge of the deal tells Forbes. The round, which will be announced today, brings the Vancouver-based startup’s total funding to $357 million.

It’s also a big bet on non-fungible tokens, or NFTs, the unique digital assets that can be bought and sold using the ledger technology known as blockchain. For NBA Top Shot, that means selling video highlights—or moments, as it calls them—that are put together by the NBA and sold in packs as a kind of digital sports card. The packs are priced according to the rarity of the clips they contain, from $9 to $230 for three to ten or so moments.

Dapper Labs also gets a cut of the trading done among users, collecting 5% of each transaction on the secondary market, such as the LeBron James moment that traded for $208,000 last month. Prices are volatile, affected on a night-to-night basis by player performance, injuries or trades, and the transaction volume can vary, too. But the demand is surging: In the last 30 days, Top Shot facilitated more than $200 million in secondary trades, a pace that would mean fees of $120 million annually for Dapper Labs, on top of the money it collects from the original pack sales. To date, that has amounted to nearly $49 million, according to the pack prices and quantities listed on the Top Shot website. The company splits all proceeds with the NBA and the National Basketball Players Association.

Mirroring a surge in cryptocurrencies like bitcoin, the NFT market nearly quadrupled in value in 2020, topping $250 million, according to one report, with retailers and entertainment companies exploring applications. But that proved just the beginning. Musical artists including Mike Shinoda and Kings of Leon have released songs or entire albums as NFTs over the last few weeks. The mania culminated this month in the $69.3 million sale of a digital composite by Mike Winkelmann, the digital artist known as Beeple, at a Christie’s auction.

Leading the way has been Top Shot. The app now has more than 800,000 registered accounts, and 338,000 of those users own at least one moment, making the platform an order of magnitude larger than just about any other NFT project.

“There’s no way you could have predicted it, and if anyone tells you they could, they’d be lying,” says Miami Heat veteran Andre Iguodala, who initially invested in Dapper Labs last summer and joined this new funding round as well.

Top Shot is not Gharegozlou’s first attempt at an NFT business. An earlier effort, a game called CryptoKitties that allowed users to collect and breed cats as NFTs, overwhelmed the Ethereum blockchain it operated on; because the cost to complete a transaction was tied to the traffic on the system, it skyrocketed from fractions of a cent to several dollars. User interest quickly waned.

Gharegozlou formed Dapper Labs in 2018, taking the IP, team and technology behind CryptoKitties with him, but he soon decided to build his own blockchain platform, Flow, rather than repeat the experience with Ethereum. It launched last spring, not long before Top Shot started in limited private beta. Top Shot opened to the public in October and so far has proved capable of handling a user base that Gharegozlou says grew by a factor of 20 in just the past two months.

“The transaction volume we did in a year we do in a day on Top Shot,” Gharegozlou, 35, says of the difference with CryptoKitties. Warner Music Group and the game developer Animoca are among the companies building products on Flow while the crypto art marketplace VIV3.com already lives on the platform.

Challenges remain for Top Shot, even beyond the risk that the entire enterprise is built on chasing a bubble of interest that could someday pop in spectacular fashion. Users have complained about delays in pack releases and site outages, as well as bots, a ubiquitous problem in e-commerce, which have contributed to long queues that discourage some would-be collectors. (One pack release prompted a line of 400,000 users, the vast majority of whom ended up empty-handed.) The process for cashing out accounts has also generated criticism for slowness owing to the company’s requirement that users be cleared before they can withdraw money. The rule is meant to prevent money laundering and keep the company in compliance with financial regulations, but the recent spike in the user base led to a huge backlog for the approval team, meaning tens of thousands of users had money in their Top Shot accounts that they could not transfer to the real world.

Gharegozlou says that in the last two weeks, Top Shot has reduced the number of service tickets by 90% and has quadrupled the size of its fraud protection and compliance team, with plans to double it again in the next week. The company also wrote in a blog post on Saturday that the number of users with access to withdrawals had surpassed 28,000, a 450% increase in four weeks. And Dapper has experimented with limiting the number of new users and the frequency of trading to address some of the problems associated with the influx of users.

Some of the latest funding will be used to address these problems and add new features to Top Shot, but Gharegozlou is also looking to attract third-party developers to Flow and strike deals with other IP holders in sports or entertainment to replicate the general Top Shot model. The company has already announced partnerships with the WNBA and UFC.

“We’re not focused on kind of rushing things out and copy-pasting it,” Gharegozlou says. “We think the reason Top Shot works, and that it’ll be a sustainable economy, is it’s really endemic to basketball.”

He adds, “We want it to be, you know, the currency of fandom.”