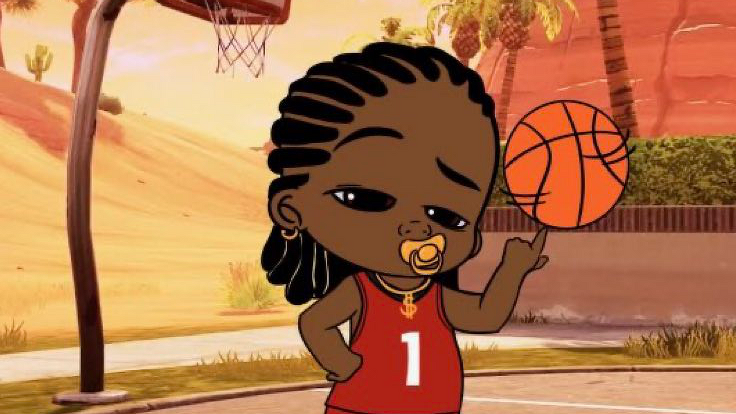 There’s already a lot of convergence between the NBA and the NFT industry. NBA Top Shot helped drive NFTs into the mainstream earlier this year, and some teams even have their own NFT projects. But not every high-profile NFT project lands well with collectors, as NBA player John Wall just discovered.

The Houston Rockets player has rapidly embraced NFTs, tweeting just a week ago that he was “hopping into the NFT wave” before announcing his own Ethereum-based NFT profile pictures project on Tuesday. Dubbed Baby Ballers, the project’s first teaser image shows a cartoonish illustrated baby spinning a ball on its finger and standing against a 3D basketball court.

But there’s an early hitch or two, and Wall has received criticism as a result. Most glaringly, the initial NFT teaser image was revealed to have repurposed a screenshot from Epic Games’ popular video game Fortnite, as social media sleuths quickly discovered. On top of that, the illustration appears to be strongly inspired by the character design from the “Boss Baby” film series.

An NFT acts like a deed of ownership for a rare digital item, including images and video clips, and Baby Ballers is similar in approach to a lot of NFT profile picture projects. This one will drop 4,000 images that can be minted and purchased, plus there’s a charity component with $100,000 set to be donated to unspecified causes. Wall says he will himself personally participate in rewards and benefits for the NFT owners, as well.

In a viral tweet, Twitter user SudoShoe tweeted a series of screenshots showing the comparison to Fortnite and Boss Baby assets, writing, “The progression of a celebrity trying to start an NFT cash grab.” Other users chimed in, suggesting that it was “disgusting and disrespectful” to other artists and web3 builders, or asking, “You think you can hide here?”

In an announcement in the Baby Ballers Discord server this morning, an administrator wrote that the final, minted NFTs would not use the Fortnite background. The team claimed that it “reached out to Epic Games” and was told that since the NFT project ultimately won’t sell the teased image, that it “falls under their fan art policy.”

Instead, the team plans to hire new artists and designers. Additionally, moderators have been squelching criticism and mocking posts in the Discord, warning new users against spreading “FUD”—a common crypto industry term for “fear, uncertainty, and distrust.” In other words, anything deemed to be negative about the project is off limits.

“Please understand that we have no plans of making this the typical celebrity ‘cash grab’ that is sometimes seen in the community,” the team wrote in the announcement post. “We have lots planned for our NFT holders including in-person fan experiences, valued merch, and lots of collaborative events and giveaways post launch.”

Wall has since deleted his tweet with the teaser image featuring the Fortnite backdrop, and shared a new tweet that has a Baby Ballers illustration on a plain white backing. The launch is currently planned for September 30, and “everything will be addressed” in a Discord community call with Wall tonight, per the moderators.