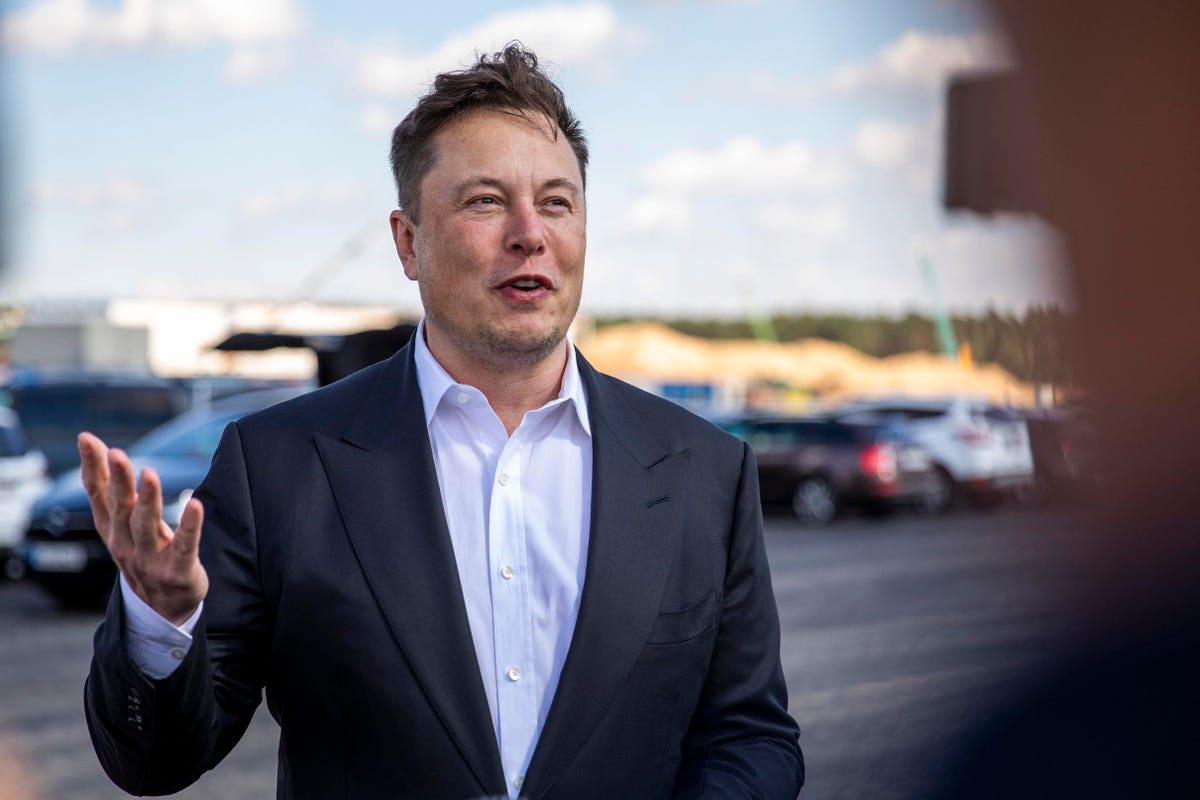 Elon Musk, the dogecoin-touting Tesla billionare, has boosted the price of the meme-based cryptocurrency, tweeting his son is “holding his doge like a champ.”

The dogecoin price, down around 75% from its April peak, climbed off lows of under 17 cents following Musk’s Twitter post.

Tesla billionaire Elon Musk has helped dogecoin climb into the crypto top ten in recent months, … [+] pushing the dogecoin price to highs of over 70 cents.

“Lil X is hodling his Doge like a champ,” Musk replied to a meme posted by a Musk and dogecoin fan account. “Literally never said the word ‘sell’ even once!”

Musk has previously said he bought his son, whose name is X Æ A-12, dogecoin “so he can be a toddler hodler” and has also said he holds dogecoin himself though it’s not known how much.

The tweet is the latest in a long line of cryptocurrency posts and market interventions made by Musk through 2021. Earlier this year, Tesla revealed it had bought $1.5 billion of bitcoin while Musk said his rocket company SpaceX would “put a literal dogecoin on the literal moon.”

The dogecoin price began surging this year after traders frustrated by restrictions placed on meme stocks in January piled into the “joke” cryptocurrency and the likes of bitcoin and crypto exchange Coinbase added support.

Dogecoin is up almost 6,000% on this time last year amid a broader crypto rally that’s seen the bitcoin price add around 250% and hit an all-time high of around $65,000 per bitcoin.

However, the price of bitcoin and the wider cryptocurrency market has fallen sharply over recent months, with the combined market losing $300 billion since mid-June.

This week, the world of bitcoin and cryptocurrency was rocked by an attack on crypto by one of dogecoin’s creators—something he said he made as a “joke.”

In a series of tweets, Jackson Palmer, who developed the tongue-in-cheek dogecoin in 2013 only for it to grow to a value of $25 billion, branded the entire crypto market “an inherently right-wing, hyper-capitalistic technology built primarily to amplify the wealth of its proponents through a combination of tax avoidance, diminished regulatory oversight and artificially enforced scarcity.”