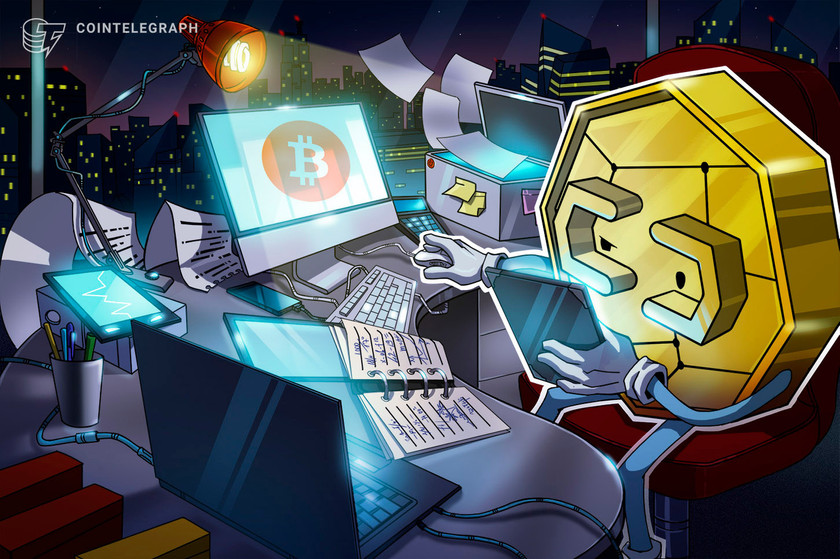 In the latest edition of its newsletter, The Week On-Chain, on June 14, on-chain monitoring resource Glassnode revealed that buyers from the first months of this year’s bull market are refusing to cash out.

Bitcoin has been marked by low volume in recent weeks as price action remained rangebound between $30,000 and $41,000.

The past few days has seen modest volatility return, but for most hodlers, there are few opportunities for profiteering under current circumstances.

Glassnode suggests that this is clear by looking at so-called HODL Waves, an indicator which shows what proportion of the Bitcoin supply last moved. These are based on Bitcoin’s realized cap, a measure of market cap which takes into account the price at which each coin last traded.

HODL waves confirm that, in part thanks to low volatility, the Bitcoin supply is ageing, and few investors are selling.

“Not only are we seeing a decline in very young coins (<1-month old) due to the recent low on-chain volume, we are also seeing an expanding share of coins aged between 3-months and 12-months old,” researchers explained.

“These are those same HODLed coins that were accumulated throughout the 2020 to Jan 2021 bull market.”Bitcoin HODL waves annotated chart. Source: Glassnode

As such, even coins now in profit by a significant percentage, if not double their buy-in price, remain dormant.

“Some LTHs (long-term holders) have and will take profits on their coins,” Glassnode acknowledged.

“What is common in all Bitcoin cycles is that LTHs spend a larger majority of their coins into the strength of bull rallies, and slow their spending on pull-backs as conviction returns.”

The “little guy” makes a comeback

Long or short-term, investors with smaller overall holdings are growing.

As Glassnode subsequently noted this week, wallets with less than 1 BTC continue to make up more and more of the overall Bitcoin supply.

“The response of ‘the little guy’ to the evolution of Bitcoin as an asset can be seen in the supply distribution,” the company posted on Twitter Wednesday.

While institutional and now even state adoption of Bitcoin comprise most of the headlines when it comes to expanding influence, it is individual small-scale investors who are making noticeable inroads into the market this year.