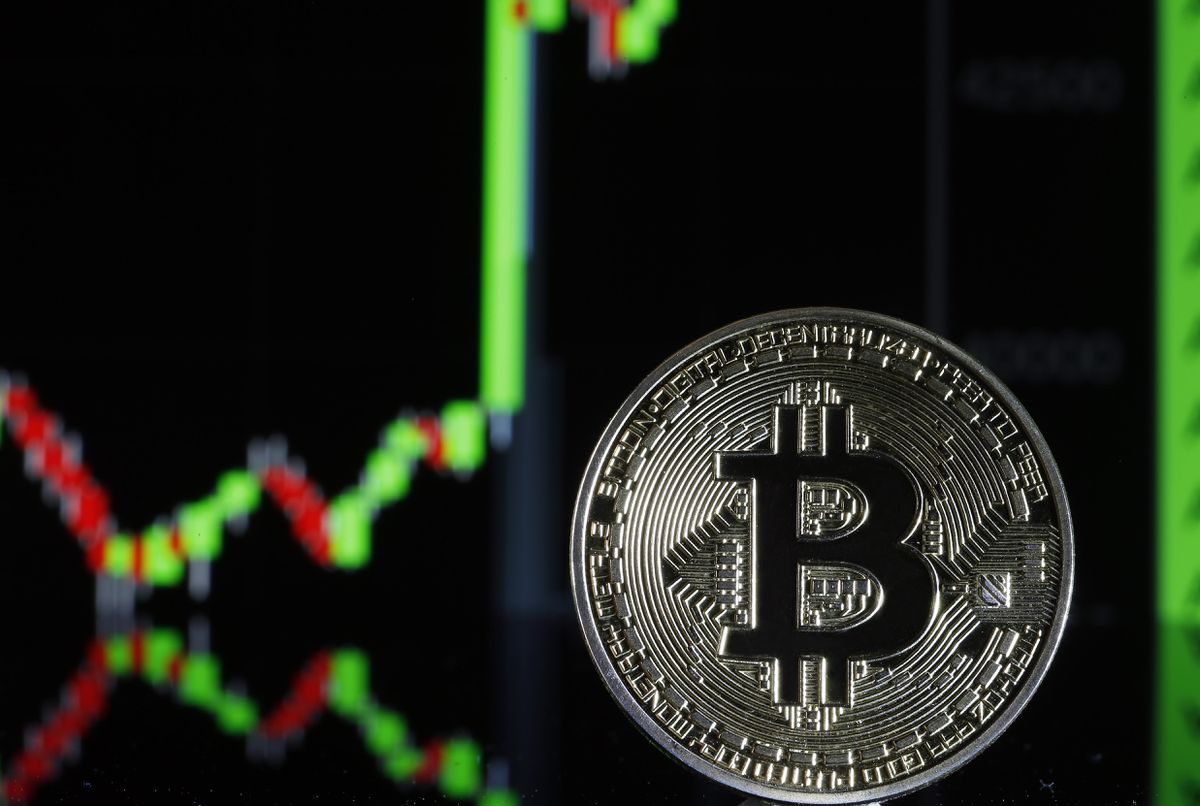 Bitcoin, after roaring to around $60,000 per bitcoin over recent months, has plateaued in recent weeks.

The bitcoin price has added almost 500% since its latest bull run began in October 2020, pushed on by bullish Wall Street banks and the likes of Tesla billionaire Elon Musk.

The bitcoin price has soared so far this year, with many forecasting the latest bitcoin bull run … [+] could still have some way to go.

“The stock-to-flow ratio is one of the more interesting valuation concepts and is worth understanding despite its flaws,” BNY Mellon analysts wrote in a report last week. The bank is jumping into the bitcoin game after announcing in February it plans to hold bitcoin and other cryptocurrencies on behalf of its clients.

“In many forms, the stock-to-flow model is elegant (and potentially flawed) in its simplicity,” the bank’s researchers wrote. “It provides that relativity to link bitcoin with a much more established gold market/framework.”

The stock-to-flow pricing model, created by anonymous Twitter user PlanB, who claims to be a Dutch institutional investor with a legal and quantitative finance background that manages around $100 billion in assets and tweets from the handle @100trillionUSD, calculates a ratio based on the existing supply of an asset against how much is entering circulation.

Bitcoin’s stock-to-flow ratio is now 50 following bitcoin’s third halving earlier this year, which saw the number of bitcoin rewarded to those that maintain the bitcoin network, called miners, cut by half—dropping from 12.5 bitcoin to 6.25.

MORE FROM FORBESAfter 500% Bitcoin Boom, Data Reveals Why April Could Be Even Bigger For The Bitcoin PriceBy null

The stock-to-flow price model has charted the bitcoin price since it was created. The model predicts … [+] bitcoin could reach $1 million per bitcoin by 2025.

“Case in point, the largest financial market is the global currency market. Currencies have been utilized in one form or another for centuries. Yet to this day, there are still several competing models for currency valuation, each with its own strengths and flaws,” the bank’s analysts wrote.

“Ultimately, bitcoin valuation will likely be a combination of several models and be constantly evolving, especially as it gains mainstream acceptance.”

However, the stock-to-flow bitcoin pricing model has been the subject of much debate among the bitcoin community in recent years, with some calling it “absolutely useless.”