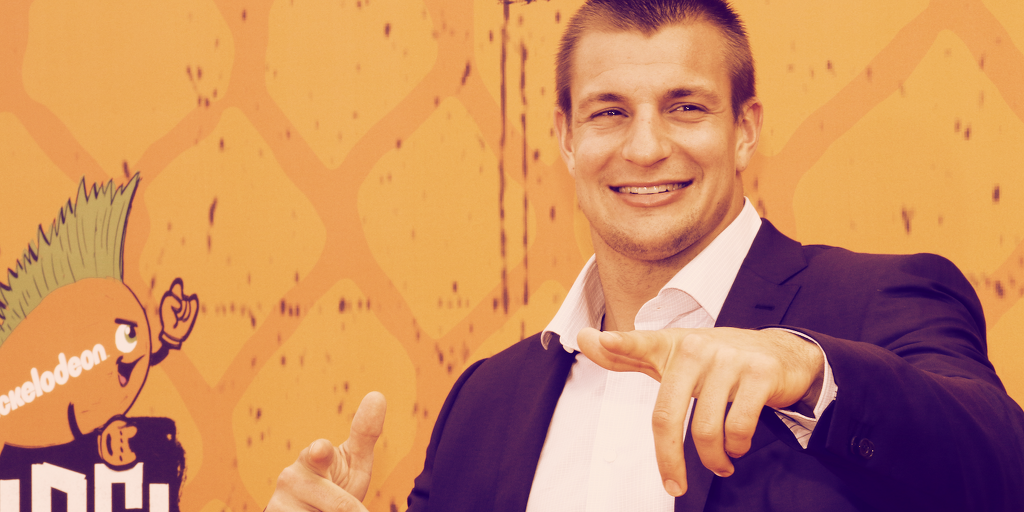 Rob Gronkowski was one of the first major professional athletes to benefit from this spring’s initial NFT market boom, generating $1.6 million worth of ETH from the sale of NFT trading cards. Now the four-time Super Bowl champion is returning to NFTs, with new collectibles that will be released via his longtime teammate Tom Brady’s platform.

This week, Gronkowski will debut brand new NFTs through Autograph, a platform co-founded by quarterback Tom Brady. Gronkowski and Brady are one of the most successful duos of all time in the NFL, winning titles together with the New England Patriots and currently the Tampa Bay Buccaneers, and now they’re working together in NFTs too.

Earlier this morning, Gronkowski shared an Instagram video of the players, as he wore a shirt with the Autograph logo superimposed on it. “They say blood is thicker than water—so Tom Brady move over, I’m joining the Autograph.io family. My signed digital exclusives are headed your way this week,” he wrote in the caption.

An Autograph.io representative confirmed to Decrypt that Gronkowski’s new collectibles are completely new, and will be similar in approach to the NFTs on the platform released by Brady alongside star athletes such as Tiger Woods, Simone Biles, Wayne Gretzky, and Naomi Osaka.

An NFT acts like a deed of ownership to a rare digital item, whether it’s digital artwork, trading cards, video clips, or something else entirely. The NFT market exploded in popularity earlier this year and then surged again recently following a summer slump, with $10.67 billion worth of trading volume in Q3 2021 alone.

Sports collectibles have been a significant part of this year’s NFT market boom, with Dapper Labs’ NBA Top Shot platform generating more than $700 million worth of trading volume to date. An officially-licensed NFL version of Top Shot is due soon.

Autograph’s NFT collectibles are minted on Polygon, a layer-2 scaling solution based on Ethereum, the leading platform for NFTs. Thus far, they have all looked like futuristic trading cards available in a range of price and rarity levels, including “digitally signed” versions that sell for a much larger sum. The collectibles are sold exclusively through the DraftKings Marketplace.

Gronkowski’s first Autograph collectibles will go on sale tomorrow, October 12, and range in price between $12 and $100 apiece. The digitally-signed versions will then launch on October 14, starting at a price of $250 each.

His first launch of NFT trading cards in March yielded 830 ETH, which was worth about $1.6 million at the time of sale. Sportico reported in May that Gronkowski opted to hold onto the ETH rather than convert it to U.S. dollars. Ethereum’s value has grown significantly since then, so if Gronk held onto his ETH stash from March, it would be worth about $3 million today.

Brady, meanwhile, has become more and more immersed in the crypto world over the last few months since co-founding Autograph in April. In May, Brady put Bitcoin “laser eyes” on his Twitter profile picture, and soon became an investor in and brand ambassador for rising cryptocurrency exchange FTX. Brady said in June that he wants “to be a pioneer” in crypto.