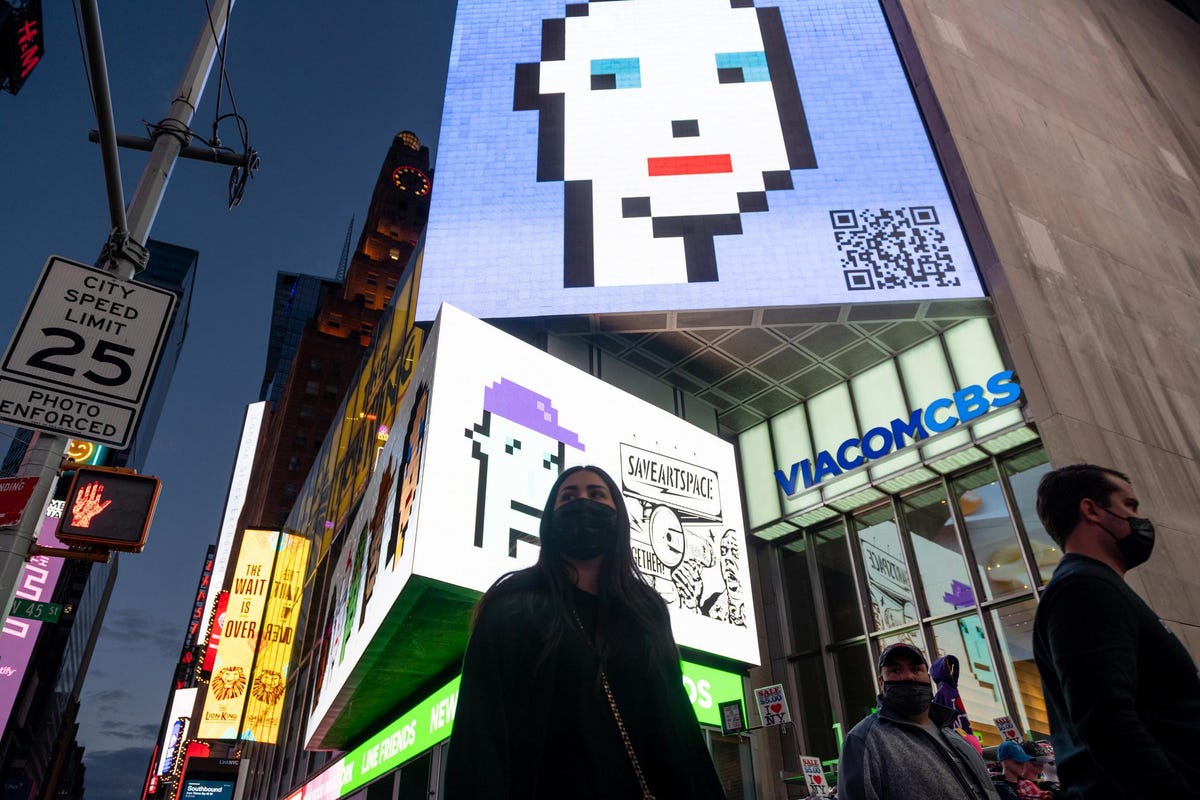 JPEGs going out for tens of millions of dollars, legacy auction houses selling blockchain-based artworks and accepting cryptocurrency for payment, fashion brands issuing digital wearables…2021 will certainly go down in the annals of crypto history as the year of NFTs. The still nascent market for non-fungible tokens has had its best year on record, generating over $23 billion in trading volume—a frenzy away from less than $100 million recorded last year, according to data from DappRadar.

The Lithuania-based blockchain analytics company, which tracks more than 30 networks that support decentralized applications, estimates that the number of unique active wallets engaging with NFTs on a daily basis went up from 5,000 in the beginning of the year to around 140,000 at year’s end.

Venture capital investors now value the industry’s dominant marketplace, OpenSea, at a reported $10 billion, all the while minting new unicorns in the category. And that’s just the tip of the iceberg.

Let’s recap a few factors responsible for the industry’s explosive growth this year:

Celebrities: Paris Hilton, Eminem, Naomi Osaka, Tom Brady…Name a celebrity that has not boarded the NFT bandwagon in the past 12 months. From simply purchasing these assets to launching their own dedicated platforms, the rich and famous have in large part helped pave the way for digital collectibles to break into the mainstream Brands have also plowed into the space en masse. Luxury fashion houses such as Gucci, D&G, and Burberry presented their first virtual wearables; VISA bought ​​one of the 10,000 24×24 pixel images of the CryptoPunks NFT collection, solidifying its blue-chip status, and Nike went as far as acquiring a virtual sneaker and collectibles startup, to name a few! Auction houses, including Christie’s and Sotheby’s, embraced digital art and started accepting cryptocurrencies for payment. In March, digital artist Mike Winkelmann, known as Beeple, joined the club of the world’s most valuable living artists when his tokenized artwork “Everydays — The First 5000 Days” sold for $69 million. While decentralized finance applications remained a hot topic in the first half of the year, blockchain-based games, or the so-called GameFi (in reference to the financialization of video gaming) have quickly amassed more users than their peer categories. According to DappRadar, play-to-earn games, many of which utilize NFTs, now represent 51% of the industry’s usage, while DeFi accounts for 37%. The hype, particularly around GameFi, lured venture capital investors, who poured an estimated $4 billion in the category. Finally, the news of Facebook’s rebranding to Meta boosted the value of the metaverse-related projects. Blockchain virtual worlds like The Sandbox and Decentraland generated over $500 million in trading volume and reached a market cap of $3.6 billion.

In fact, next year is likely to be all about the metaverse, thinks Modesta Masoit, DappRadar’s head of finance and research. NFTs changed the way we think about ownership and opened up new financial opportunities for all—creators, retail and institutional investors, VCs, but “the hype is coming down,” she says. “Most likely, 90-95% [of projects] might go to zero at some point.” But that doesn’t mean that the bubble will burst. She believes the initial hype will transform into a more complex perspective, focused on utility and merged with neighboring categories of decentralized finance and gaming—all under the umbrella of the metaverse.