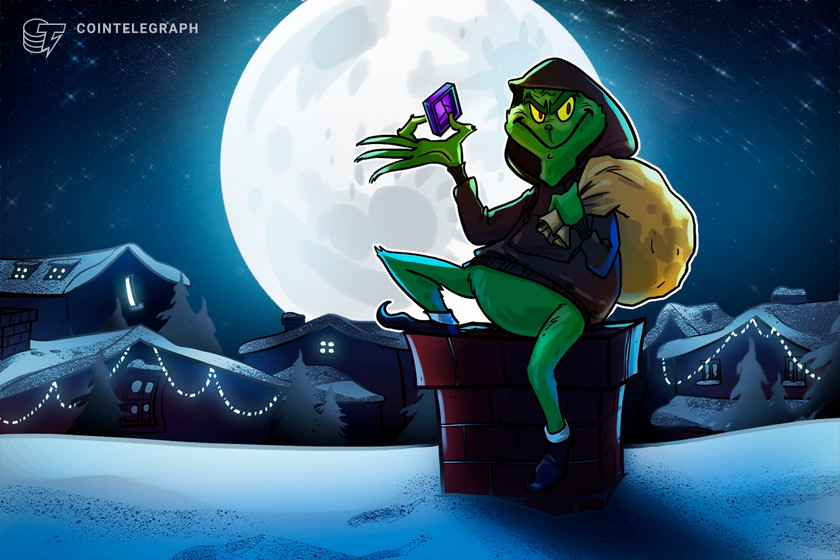 Blockchain security firm SlowMist released a report on Dec. 24, revealing the tactics that North Korean Advanced Persistent Threat (APT) groups have used to part NFT investors from their NFTs, including decoy websites disguised as a variety of NFT-related platforms and projects.

Examples of these fake websites include a site pretending to be a project associated with the World Cup, as well as sites that impersonate well-known NFT marketplaces such as OpenSea, X2Y2 and Rarible.

SlowMist said one of the tactics used was having these decoy websites offer “malicious Mints,” which involves deceiving the victims into thinking they are minting a legitimate NFT by connecting their wallet to the website.

However, the NFT is actually fraudulent, and the victim’s wallet is left vulnerable to the hacker who now has access to it.

SlowMist said the phishing campaign has been ongoing for several months, noting that the earliest registered domain name came about seven months ago.

Other phishing tactics used included recording visitor data and saving it to external sites as well as linking images to target projects.

After the hacker was about to obtain the visitor’s data, they would then proceed to run various attack scripts on the victim, which would allow the hacker access to the victim’s access records, authorizations, use of plug-in wallets, as well as sensitive data such as the victim’s approve record and sigData.

All this information then enables the hacker access to the victim’s wallet, exposing all their digital assets.

However, SlowMist emphasized that this is just the “tip of the iceberg,” as the analysis only looked at a small portion of the materials and extracted “some” of the phishing characteristics of the North Korean hackers.

This is just the tip of the iceberg. Our thread only covers a fraction of what we’ve discovered.

For example, SlowMist highlighted that just one phishing address alone was able to gain 1,055 NFTs and profit 300 ETH, worth $367,000, through its phishing tactics.

It added that the same North Korean APT group was also responsible for the Naver phishing campaign that was previously documented by Prevailion on Mar. 15.

North Korea has been at the center of various cryptocurrency theft crimes in 2022.

According to a news report published by South Korea’s National Intelligence Service (NIS) on Dec 22, North Korea stole $620 million worth of cryptocurrencies this year alone.

In October, Japan’s National Police Agency sent out a warning to the country’s crypto-asset businesses advising them to be cautious of the North Korean hacking group.