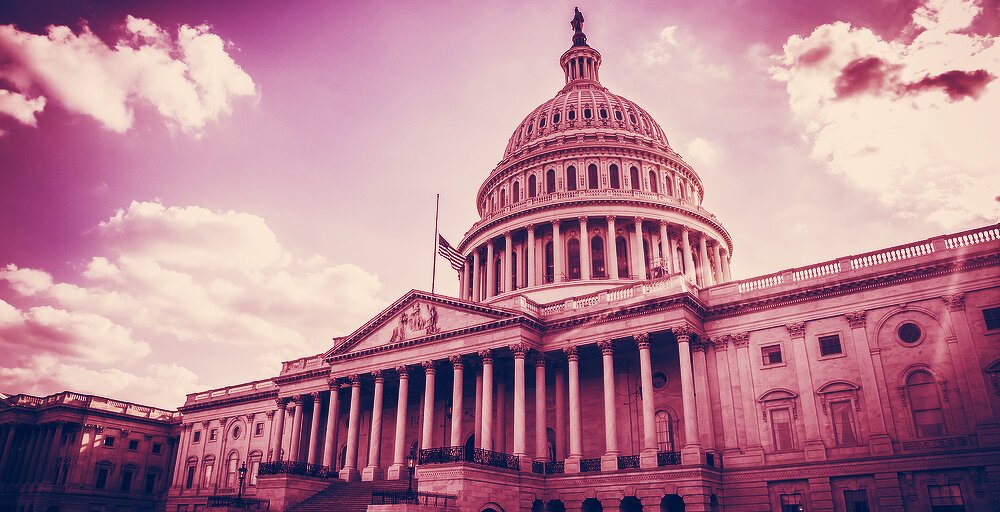 One year ago today, some Trump voters and members of the far right descended on Capitol Hill in Washington, attempting to overturn the result of the 2020 presidential election.

They failed, but the riot resulted in five deaths and hundreds of injuries.

Aside from the most alarming problems exposed by January 6, 2021—like an eroding trust in American democracy—the Capitol Hill riot exposed the role cryptocurrencies play in financing far-right extremism.

One week after the riot, Chainalysis blockchain data showed how Bitcoin may have financed the Capital Hill riots. A now-deceased French donor, per instructions in his suicide note, left $500,000 in Bitcoin to over 20 separate wallets belonging to members of the far right. One recipient was Nick Fuentes, a white supremacist published on neo-Nazi website The Daily Stormer. Fuentes was at the capitol on January 6.

Yet this donation merely scratched the surface on how the far right has embraced crypto financing.

The year following the Capitol Hill riots has produced a plethora of examples where cryptocurrency became a cornerstone of funding for the far right.

In July 2021, the Financial Action Task Force—a global financial crime watchdog—released a report that documented how far-right groups had gravitated to cryptocurrencies. The report listed a who’s who of infamous far-right extremists, including Brenton Tarrant, who carried out the Christchurch mosque shooting in 2019.

The FATF report also cited Schild and Vrienden, a Belgian far-right group whose name translates to Shields and Friends. The FATF found the group tripled their resources by using Bitcoin.

Yet another example is Nordfront, or the “Nordic Resistance Movement,” which has also encouraged followers to donate funds using Bitcoin or Monero, a privacy oriented cryptocurrency that champions total anonymity.

“Do you really think how we operate our economy is any of your business?” Maxim Salin, editor of Nordfront’s magazine, wrote to the Associated Press in response to an email inquiry.

Pivoting from Bitcoin to Monero

Last fall, an AP investigation found that Andrew Anglin, founder of the The Daily Stormer, had received about $5 million worth of Bitcoin since January 2017. Anglin’s biggest Bitcoin donation, $60,000, came in August 2017, just one week after the riots in Charlottesville. (In September 2021, a far-right social media provocateur named Douglass Mackey, who was charged with spreading misinformation and conspiring to threaten voters, received $60,000 in Bitcoin to fund his legal troubles.)

Bitcoin donations proved to be vital for Anglin, given the fact he had already been cut off by traditional credit card processors and banned by PayPal. He eventually published a guide to using Bitcoin, in which he wrote that it financed the Daily Stormer for four years.

But in 2021, Anglin abandoned Bitcoin in favor of Monero, directing his followers to XRM.

“Every Bitcoin transfer is visible publicly. Generally, your name is not attached to the address in a direct way, but spies from the various ‘woke’ anti-freedom organizations have unlimited resources to try to link these transactions to real names,” Anglin said. With Monero, he added, “all transactions are hidden.”

Jaz Searby, who previously led an Australian branch of the far-right extremist Proud Boys, is also seeking Monero donations to spread his message to “a generation of young Aryan men.”

If you can’t beat them, join them

With the D.C. riot one year in the rearview and Joe Biden nearly one year into his presidency, the far right has lately been focused on trying to gain legitimate political representation in Congress.

In December 2021, Ron Watkins, believed by many to be the mysterious “Q” figure behind QAnon, asked for Bitcoin donations to help his poorly-financed run for Congress. Like the majority of far-right activists, Watkins would be unable to finance his politics without Bitcoin.

“We’ve had some cancel culture challenges in setting up traditional financing, so I have designed a new innovative solution that uses Bitcoin for fundraising,” Watkins told his 423,000 followers on Telegram last month. “The point of this is to prove to the haters that we can raise money.”

It’s not just far-right political hopefuls that are trying to leverage crypto, either. Conservative pundits like Candace Owens and Ryan Fournier have recently taken to pumping “right wing” coins, including one called Let’s Go Brandon, which has become a placeholder for “Fuck Joe Biden” after that chant was misheard at a NASCAR race.

“Finally into crypto and ALL IN on this Let’s Go Brandon coin. Because, #LetsGoBrandon,” Owens tweeted.

Fournier tweeted, “There’s now a ‘Let’s Go Brandon’ cryptocurrency. They just donated $30,000 to veterans charities, which is probably more than Biden has done for vets his entire career.”

What does it all mean for crypto?

Bitcoin is being used by far-right groups, but it’s also been embraced for fundraising by Democratic candidates like Andrew Yang and Eric Adams. Bitcoin advocates like to say that the technology itself is apolitical.

“Privacy and anonymity are not bad or illegal; they are essential for civil liberties. The fact that a technology could be used to violate the law does not mean that there is something wrong with that technology,” Marta Belcher, a cryptocurrency and civil liberties attorney told Decrypt. “Criminals have long used cash to commit crimes, but we don’t call for a ban on cash as a result, and we don’t blame Ford when one of their cars is used as a getaway vehicle in a bank robbery.”

“My stated position is that Bitcoin probably should not exist in this world. But if I put that aside, realistically what could be done is better enforcement of sanctions, on the exchange of real money for crypto assets, and better money laundering controls,” Stephen Diehl, a computer programmer and outspoken crypto critic, told Decrypt.

“If you can move billions of dollars around completely privately, there’s going to be so many bad actors that can use that for terrorist financing, illicit financing of regimes, and I just can’t see a world in which that’s a good thing.”

The crux of the issue is whether the privacy and financial freedom afforded by cryptocurrency is worth the influx of bad actors. Regulators as well as campaigners have lamented the lack of tools at their disposal to crack down on this problem.

“We were able to sue Ku Klux clan, a terrorist organization, in essence out of existence,” Beth Littrell, a lawyer for the Southern Poverty Law Center, which assisted one of Andrew Anglin’s victims, told the AP.

Doing the same today, when crypto financing is involved, is much harder.