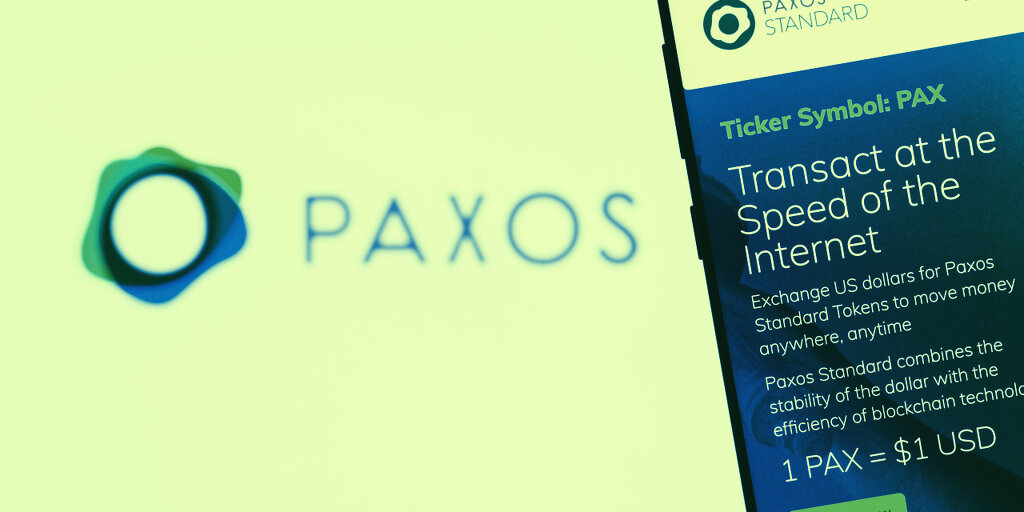 The charter will let Paxos do banking across state lines. It only allows Paxos to operate as a trust bank, which can’t lend customer deposits.

The Office of the Comptroller of the Currency (OCC), which oversees the country’s banks, has granted a federal banking charter to a crypto firm for the third time.

On Friday, New York-based Paxos announced the agency has granted it provisional approval for the charter—a designation that will allow it to easily conduct business across state lines.

The move is significant in part because Paxos, which applied for the charter in December, has quietly become a powerhouse in the fast-growing crypto industry. The company is providing back-end services for PayPal’s crypto operations, and has been a pioneer in developing tokenized versions of gold, corporate shares, and other traditional assets. Paxos also offers stablecoins.

The OCC granted the first federal bank charter to a crypto company early this year when it awarded one to Anchorage, a fast-growing custody firm. Then in February, the agency granted a second one to Protego, a little-known trading and lending company.

The OCC’s decision to bestow another federal charter on Paxos is also significant because it came after the agency’s former head, Brian Brooks, stepped down in January. On May 1, he will become the new CEO of Binance’s U.S. business.

During his tenure at the OCC, Brooks was an avowedly pro-crypto figure, making him something of an outlier among Washington regulators, and raising the question of whether the OCC would continue to take a sympathetic view of crypto firms. The new charter for Paxos suggests that is indeed the case, at least to some degree.

Friday’s announcement is a preliminary approval, meaning that it will be months before Paxos can take advantage of its new status as a federal bank. Meanwhile, Paxos also announced that, unlike other federal charter recipients, it will continue to operate as a New York-state regulated entity as well—a move that will not only allow ensure continuity in the short term but, in the longer term, let it preserve its relationship with New York’s powerful financial regulators. That relationship could prove useful if Paxos plans to launch new products that require regulatory approval from the state.

The federal charter Paxos received allows it to operate as a national trust bank—a designation that lets it store customer assets and conduct a variety of other operations, but that does include not permission to receive and lend out customer deposits.

For now, the federal charter is likely to prove useful for Paxos as it seeks to attract more institutional investors—many of which are highly risk-averse. In the longer term, the charter could prove helpful as Paxos works with big banks to build new technology to settle stocks trades on the blockchain.