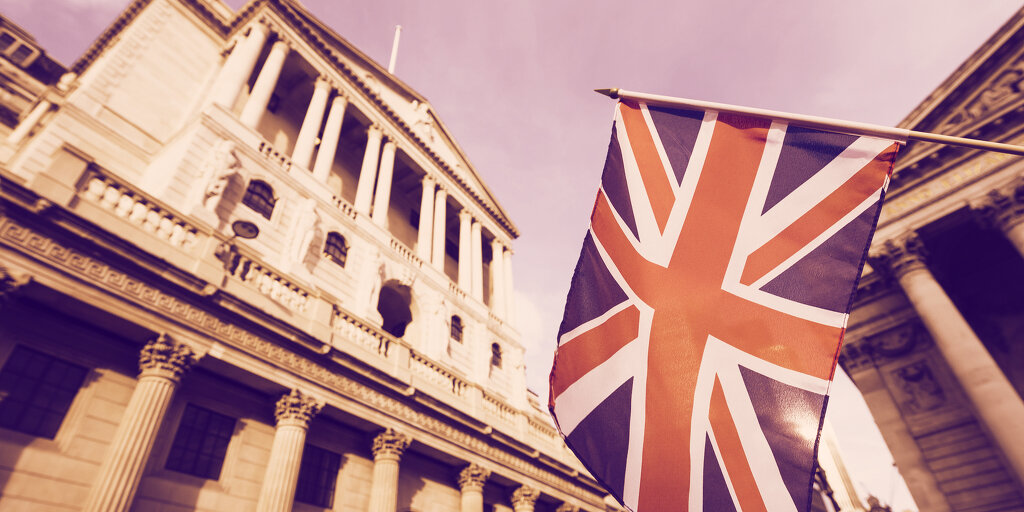 The Bank of England is researching a central bank digital currency (CBDC). It today announced members of two forums who will help the bank understand how a CBDC could help the UK, including Google, PayPal and Visa bigwigs.

The Bank of England today announced members of two forums that will explore a potential central bank digital currency (CBDC) in the UK. The forum members include PayPal and Google bigwigs among representatives from many Silicon Valley giants.

CBDCs are digital versions of a fiat currency—like pound sterling, the euro or dollar—backed by a central bank. Countries around the world are currently researching the benefits of developing them. Some countries—such as China and the Bahamas—have already rolled out or are in the testing stages of a CBDC project.

The UK has so far been comparatively slow, and has only announced research into such an asset. But today’s announcement shows that the Bank of England is at least consulting with top experts in the tech and finance space. The forum will research and provide feedback to the Bank on how a CBDC could—or couldn’t—work in the UK.

“The Forum will help the Bank to understand the technological challenges of designing, implementing and operating a CBDC,” the announcement read.

Other members include Mark Shaw, director of global payments strategy for music streaming provider Spotify, Charlotte Hogg, the CEO of Visa Europe, and Diana Layfield, the president of EMEA partnerships at Google.

The two forums merged in April to explore whether a CBDC will work in the UK. The idea with a CBDC, in the UK at least, is that it would work to compliment cash but would be a fast and secure way of sending money and making payments.

Bank of England boss Andrew Bailey has repeatedly said that he doesn’t consider decentralized digital assets, like Bitcoin, to be money.

But he has said stablecoins—assets pegged to fiat currencies though different to CBDCs—could become an important part of the future financial landscape.