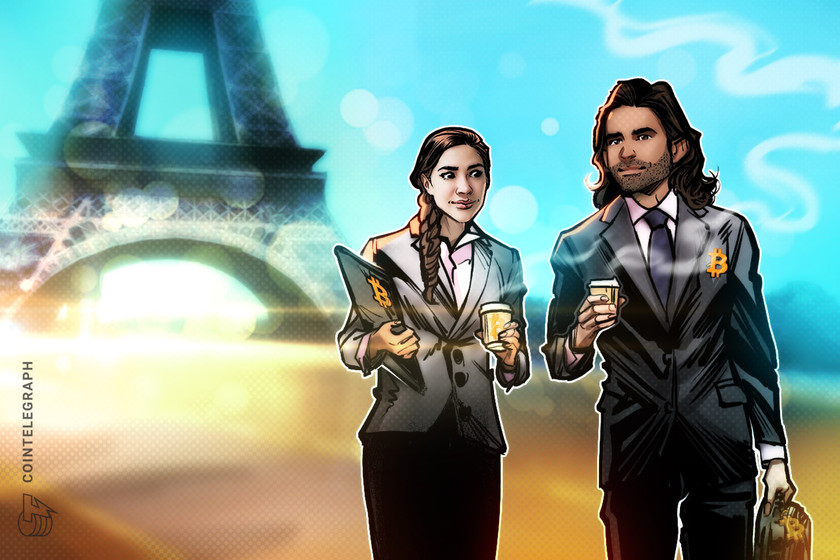 Over a decade-long evolution later, for self-justified personal reasons, a handful of the crypto community members chose to believe in siding against Bitcoin (BTC), resulting in a narrative that preached “blockchain is great, Bitcoin is bad.”

Josselin Tonnellier, the founder of Bitcoin exchange StackinSat and organizer of the Surfin’ Bitcoin 2022, believes that this particular notion is one of the main barriers to broader BTC adoption in France.

In an exclusive interview with Cointelegraph reporter Joseph Hall, Tonnellier discussed several important topics, including the adoption of Bitcoin and crypto in France, the origins and goals of the Surfin’ Bitcoin conference, and overcoming challenges during the bear market.

The executive explained that one of the most pressing concerns in France in terms of Bitcoin adoption is the pro-blockchain narrative that paints a negative picture of Bitcoin. He said that:

“For many years it’s been blockchain is great. Bitcoin is bad. So, we try to produce content with prominent Bitcoiners and people want us to be able to explain what Bitcoin really is.”

In terms of the connection between surfing and Bitcoin, the executive said that the goal of the event was to have a very chill place where the ecosystem could gather and make connections. Tonnellier explained:

“We wanted to have a place to gather people in very nice settings at the end of August so people can enjoy the beach, feel like we are on holidays talking about Bitcoin, and we want to be very chill and relaxed, so you don’t see many suits and a bow tie.”

The event organizer also highlighted that there had been plenty of Web3 and nonfungible token (NFT) events in the country and not much for Bitcoin. He added that this spurred their team to put the event together.

Apart from these, Hall also asked Tonnellier about the difficulties that they are facing at the moment in organizing an event during the bear market. The event organizer explained that there are several ups and downs including setting the budget for the event. He said:

“This limits the amount of sponsoring opportunities and especially in bear markets, it’s reduced even more and as you can imagine, the budget for marketing is shrinking considerably.”

Despite the challenges that they had to face, Tonnellier expressed that they were able to gather people and proceed with the event. He expressed how rewarding it was for their team to see people from outside of France coming in to join the event.