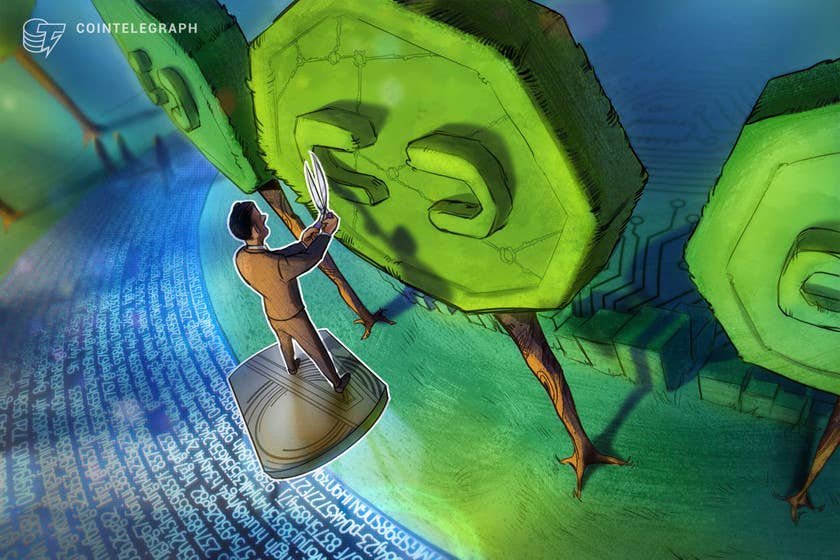 Crypto traders breathed a sigh of relief on Sept. 30 after media headlines reflected positive news regarding adoption and future regulation in the crypto sector. Early in the day, Visa announced that it has developed a layer-2-based blockchain interoperability hub that will support cryptocurrency payments and Federal Reserve chair Jerome Powell stated that the regulator has no intention to ban cryptocurrencies.

The rise in sentiment coincided with a positive day for the price action in Bitcoin, which is up 5.74% and trading near $44,000 at the time of writing.

Data from Cointelegraph Markets Pro and TradingView shows that the biggest gainers over the past 24-hours were Rari Governance Token (RGT), Polymath (POLY) and Telos (TLOS).

The Rari Governance Token is the native token of Rari Capital that allows users to direct the future of the project’s DeFi protocol.

According to data from Cointelegraph Markets Pro, market conditions for RGT have been favorable for some time.

As shown in the chart above, the VORTECS™ Score for RGT first climbed into the green zone on Sept. 25 and eventually reached a high of 82 on Sept. 28, around 33 hours before its price began to increase by 29% over the next day.

The boost in the price of RGT comes as the community celebrates the Rari Capital protocol surpassing $500 million in total value locked as it strives to now break above the $1 billion mark.

Telos is a blockchain network based on the EOSIO network that focuses on enabling the creation of smart contracts for nonfungible tokens (NFT), DeFi, gaming and social media.

According to data from Cointelegraph Markets Pro, market conditions for TLOS have been favorable for some time.

As shown in the chart above, the VORTECS™ Score for TLOS has been elevated in the green zone for the majority of the past week and reached a high of 73 on Sept. 28, around the same time as the price began to increase by 42% over the next two days.

The surge in price for TLOS comes as the community has been active and excited about an ongoing airdrop for the Fortis and Destiny World projects which was designed to show the Ethereum Virtual Machine’s (EVM) capabilities of the Telos network’s capacity to offer a flat gas price.

Polymath is a decentralized protocol that operates on the Ethereum (ETH) network and focuses on the developing technology that allows for the creation, issuance and management of digital securities on the blockchain.

The spike in price and trading volume for POLY come as the developers behind the protocol continue to update and expand the network’s capabilities while new projects such as RedSwan and its commercial real estate marketplace launch on the Polymath network.