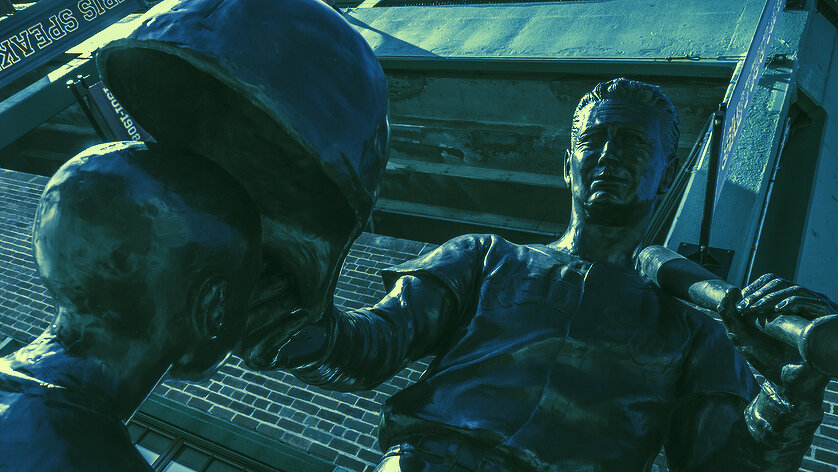 Memorabilia for the baseball legend comes in the form of nine different cards, all of which follow Williams’ famed baseball career. The collectors’ items are being offered by his daughter, and are hand-drawn by Andre Maciel, a Brazilian illustrator known as Black Madre. The auction begins today, and runs until Saturday 24 April.

Williams’ daughter, Claudia, wrote to Maciel and reportedly said, “Hey, could you make me some NFTs?”

One of the artworks by Andre Maciel depicting Ted Williams being auctioned as an NFT. Image: Leighton Communications via AP

Nine cards come in limited editions numbered one to nine, with the 9th titled “The Splendid Splinter.” This specific card comes with an autographed bat, three autographed pictures, and an Airbnb stay at a Vermont house Williams lived in.

Claudia was also impressed with the content that Maciel produced, saying, “Just the respect that he showed the art, I know that he knows who Ted Williams is.”

Yet not everybody is impressed. Lifelong Red Sox fan Stephanie Orswell told Decrypt that “It feels like they’re just trying to take advantage of this expensive fad,” adding, “At least it’s his daughter and not some random person who just knows his name, and that some of the proceeds would go to The Jimmy Fund.”

Why This DAO Bought Snowden’s NFT for $5.4 Million

The Jimmy Fund is a children’s cancer charity that has links with the Red Sox franchise. “It’s all about inspiration and honoring my dad,” Claudia said, adding, “I am very much my father’s daughter: I do not do squat if I don’t feel passionate about it,” she continued.