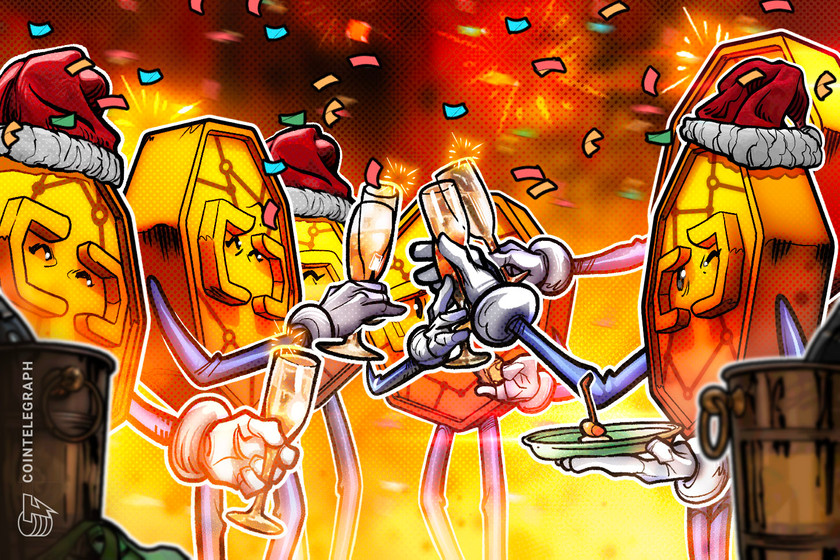 Stepping into the year 2023, it’s time to pause and reflect on the accomplishments and struggles the global crypto community witnessed over the last 365 days. Starting from the very beginning of 2022, no investment strategy could help recover the falling portfolios across traditional and crypto ecosystems. January 2022 inherited a slightly collapsing market, wherein investments made on 2021 all-time high prices resulted in immediate losses.

For many, especially the new entrants, falling crypto prices were perceived as an end game. But what went widely unnoticed was the community’s resilience and accomplishments against a global recession, orchestrated attacks and scams and an unforgiving bear market.

As a result of falling prices, 2022 also inherited the 2021 hype around nonfungible tokens (NFTs), the Metaverse, iconic all-time highs for Bitcoin (BTC) and other cryptocurrencies.

Economies worldwide suffered massive inflation as the most influential fiat currencies succumbed to the ongoing geopolitical pressures. The fall of investor confidence in traditional markets seeped into crypto and the fall of ecosystems only aided the sour sentiments.

A year full of disruption

Amid poor market performance, the crypto community focused on strengthening its core. This meant releasing blockchain upgrades and introducing faster, cheaper and more secure features and capabilities — all driven by the consensus of the respective communities. As a result, 2022 was a milestone year for leading crypto ecosystems.

Announcing lnd 0.15 beta: To Taproot and Beyond! ♾️

By May 2022, Bitcoin was already halfway to the next halving, an event that reduces the mining rewards by half, the only way new Bitcoin gets released into supply. The reward for confirming Bitcoin transactions gets slashed by half every 210,00 blocks. The last Bitcoin halving event occurred on May 11, 2020, back when it traded at the $9,200 mark.

The total supply of Bitcoin is limited to 21 million by design. Therefore, a halving event further reduces the amount of Bitcoin that gets released into the market. A resultant scarcity due to the halving event historical worked in favor of Bitcoin price.

Adhering to the expectations of industry experts, Bitcoin rallied for several months to mark its all-time high by Nov 2021 and was able to retain its value well above $15,000 until the end of 2022, confirms data from Cointelegraph Markets Pro.

The Ethereum community welcomed the highly anticipated Merge upgrade, which saw the Ethereum blockchain’s transition from proof-of-work (PoW) to a proof-of-stake (PoS) consensus mechanism. The upgrade’s most significant impact was a drastic energy consumption reduction. The wider crypto community counts on this lower energy usage to reignite the interest in Ether-power sub-ecosystems, such as NFTs.

History proves that two factors play a crucial role in crypto market performance — the price of Bitcoin and investor sentiment. Both factors seemed to lack throughout the year.

The crypto ecosystem was plagued with a series of attacks, unprecedented sanctions and bankruptcy filings, which multiplied the impact of the global recession on the market. In addition to poor price performance, some of the most prominent scars for 2022 investors include the fall of FTX, 3AC, Voyager, BlockFi and Terraform Labs, wherein investors lost access to all their funds overnight.

Amid this commotion, entrepreneurs once loved by the masses ended up breaking the trust of millions, namely former FTX CEO Sam Bankman-Fried and Terra co-founder and CEO Do Kwon.

Despite the added hurdles, the Bitcoin and crypto ecosystem not only survived but also displayed a never-seen-before resilience. Traditional store-of-value investments such as gold and stocks too suffered a similar fate. Between January-December 2022, gold investors realized a net loss of 0.3%.

Bitcoin started strong with a $47,680 price point in Jan. 2022, but dwindling investor sentiment — driven by year-long rising inflation, energy prices and market uncertainties — managed to bring the prices down by over 60% by December.

Setting the stage for a stronger foundation

Time after time, bear markets have taken the responsibility of weeding out bad actors and offering a chance for promising crypto projects to display their true value to investors beyond the price point.

The noise around price fluctuations could not stop the Bitcoin network from strengthening its core against double-spending attempts, i.e., 51% attacks. Thanks to the widespread mining community, hash rate and network difficulty — two important computational power-based security metrics — reassured Bitcoiners that the blockchain network was well-protected. Throughout the year, the Bitcoin network consistently recorded new hash rate all-time highs and ended the year between the 250-300 Exahashes per second (EH/s) range.

Other prominent players in the crypto ecosystem also released the system and feature upgrades as they gear up for 2023. For Polygon Technology, an Ethereum-based Web3 infrastructure, it was the launch of zkEVM or zero-knowledge Ethereum Virtual Machine, a layer-2 scaling solution aimed at reducing transaction costs and improving scalability. Decentralized finance (DeFi) aggregator 1inch Network launched the Fusion upgrade for delivering cost-efficient, secure and profitable swaps for crypto investors.

El Salvador’s legalization of Bitcoin did not go unnoticed, especially considering that the country’s Bitcoin procurement from 2021 shared the same fate as other crypto investors. Regardless, El Salvador President Nayib Bukele doubled down on this decision as the country announced purchasing BTC on a daily basis from Nov.17.

We are buying one #Bitcoin every day starting tomorrow.

One of the immediate impacts of this move is a reduction in El Salvador’s average buying price. A planned purchase of Bitcoin dips combined with a subsequent market recovery makes the country well-positioned to offset the unrealized losses.

Expect a return of the hype

While 2023 will not be fortunate enough to witness the upcoming Bitcoin halving, it will play a crucial role in the crypto ecosystem’s comeback. With aggressive blockchain upgrades, updated business strategies and investors’ attentiveness back on the menu, the ecosystem is now gearing up for the next wave of disruption.

For investors, 2023 will be a year of recovery — from losses and mistrust to self-custody and informed investments. “Making it” in crypto is no longer just about becoming an overnight millionaire; it is about creating, supporting and preaching a fresh take on the future of money.