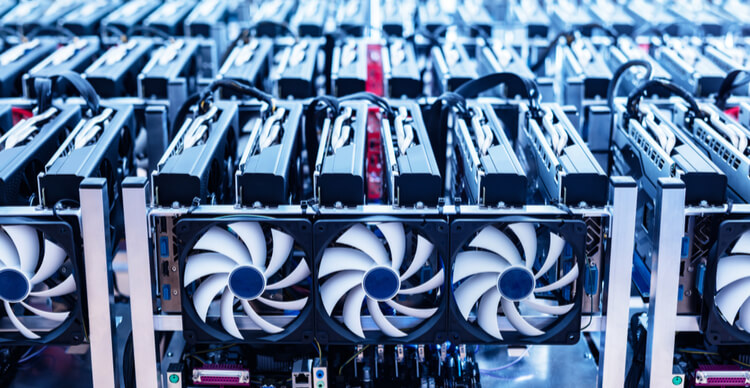 The company’s May production and operations update revealed it had mined a total of 924 BTC so far this year.

Nasdaq listed Bitcoin mining company Riot Blockchain yesterday released an update on its production and operations for May 2021. Headquartered in Castle Rock, Colorado with its mining operations based in upstate New York, Riot provides monthly updates to keep shareholders informed as it expands and upgrades its mining operations.

The update revealed that Riot mined 227 BTC last month, representing a 220% increase compared with the same time last year. This brings the company’s total for this year up to 924 BTC and meant it was holding 2,000 BTC at the end of May.

May additionally saw the shipping of 1,000 S19 Pro Antminer (110 TH) Bitcoin mining machines, purchased from Bitmain last December. These pieces of application-specific integrated circuit (ASIC) hardware have a consumption of 3250 W and a hash rate capacity of 110 terahash per second (TH/s).

The 1,000 new Antminers will be installed at the Whinstone facility this quarter, along with a further shipment of 6,500 Antminers already purchased. This brings Riot up to a total of 23,946 Antminers in operation, using about 76 MW of energy, with a hash rate capacity estimated to be about 2.4 EH/s.

Riot expects to acquire a fleet of about 81,146 Antminers from Bitmain by the fourth quarter of 2022, the vast majority of which will be the latest S19 model. Most will be deployed at the Whinstone facility, with some deployed at Coinmint LLC’s facility.

Riot anticipates these machines will have a total hash rate capacity of 7.7 EH/s and consume about 257.6 MW of energy, producing an overall hash rate efficiency of 33 joules per terahash (J/TH). This could position Riot as an industry leader, with one of the biggest and most efficient fleets of Bitcoin mining machines.