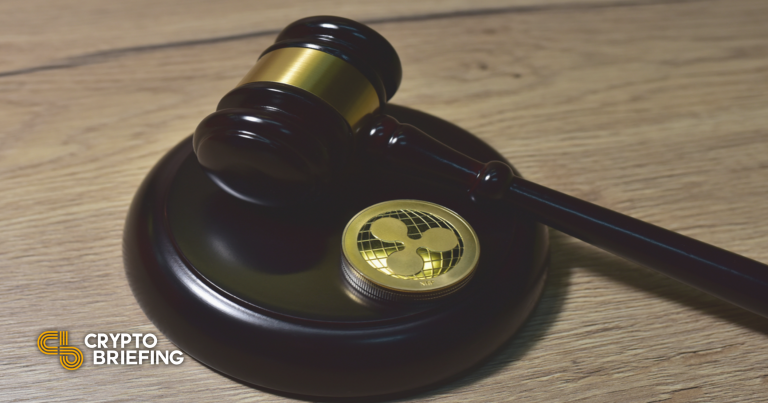 Ripple’s legal team has published a new filing that aims to show that there is regulatory uncertainty around securities. Ripple cites the SEC’s comments on its recent regulatory actions against Coinschedule as evidence of this claim. The filing is part of a motion to dismiss the SEC’s claims against Ripple executives Brad Garlinghouse and Chris Larsen.

The legal team for Ripple has filed a new defense against the U.S. Securities and Exchange Commission (SEC). This filing aims to use recent SEC comments as evidence of regulatory uncertainty.

SEC May Have Expressed Regulatory Uncertainty

Last week, the SEC placed a $200,000 fine on Coinschedule and its parent company Blotics. Later, SEC Commissioners Hester Peirce and Elad Roisman commented on the outcome of the case.

In their comments, Peirce and Roisman made several statements that suggest uncertainty around securities regulations. Most notably, they stated that “The only certainty we see is that people have questions about how to comply with the applicable laws and regulations.”

The Commissioners also noted that the “large number of factors and absence of weighting cut against the clarity the guidance was intended to offer” and said that applying rules to a “completely different token offering does not necessarily produce clear answers.”

They also observed a “decided lack of clarity” around the applications of securities laws. Furthermore, they noted that the application of the Howey Test—a set of criteria that is used to determine whether assets are securities—“is not crystal clear.”

If Ripple’s legal team is correct, the SEC violated Section 17(b) of the Securities Act, which requires courts to take judicial notice of facts that are not subject to reasonable dispute and facts from sources that cannot be reasonably questioned.

A full list of relevant comments can be read in Ripple’s most recent court filing, shared on Twitter by lawyer James Filan today.

The U.S. SEC first filed charges against Ripple in December 2020 when it claimed that Ripple’s ongoing sales of the XRP token constituted an unregistered securities offering.

Today’s filing seems to apply only to the two Ripple executives. It does not seem to concern Ripple as a company. The case is still ongoing and is predicted to end in early 2022.

Disclaimer: At the time of writing this author held less than $75 of Bitcoin, Ethereum, and altcoins and did not hold XRP.

The Efficient Market Hypothesis (EMH) is a concept in financial economics which states that security prices reflect all the available information about a financial instrument. EMH is one of the…

The legal case between the U.S. Securities and Exchange Commission and Ripple has seen a new development, as Ripple aims to depose a former SEC member and hear their testimony….

Ripple saw two significant legal developments this week. It has added a new lawyer to its legal team, and it is contesting a key accusation from the U.S. Securities and…