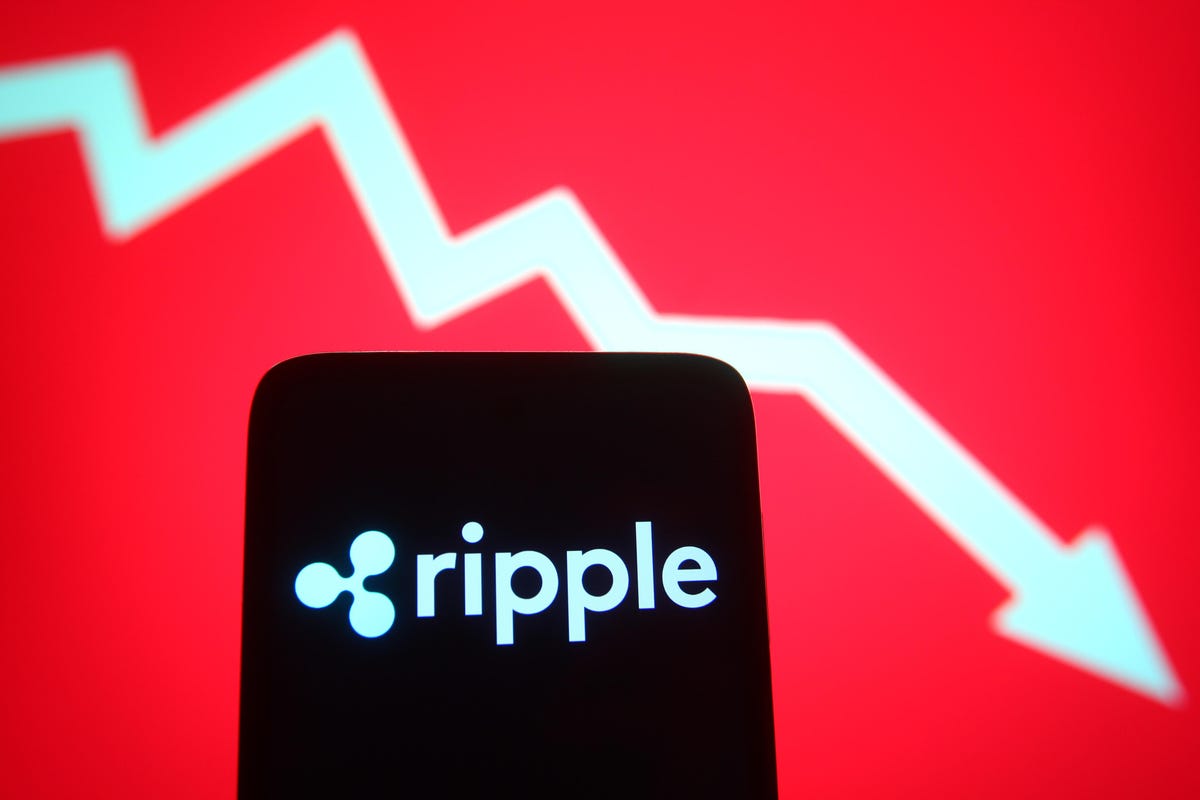 Ripple, the company behind the XRP cryptocurrency, is braced for a bombshell after a judge ruled a former regulatory official can be questioned as part of the ongoing legal battle over the sale of $1.3 billion worth of XRP.

However, charts show the XRP price 50-day moving average is about to fall below the 200-day moving average—a pattern known as the “death cross”—suggesting further XRP price pain could be on the way (subscribe now to Forbes’ CryptoAsset & Blockchain Advisor and discover crypto blockbusters poised for 1,000% gains).

The price of Ripple’s XRP has fallen sharply in recent months, crashing along with most other … [+] cryptocurrencies.

Late last year the Securities and Exchange Commission (SEC) sued Ripple, its cofounder Christian Larsen and its chief executive Bradley Garlinghouse in New York on the grounds that XRP should be treated as security similar to company stock and was never registered as such.

Ripple has denied the claims and argues the SEC can’t regulate XRP because it’s a medium used in international and domestic transactions.

“This is not a run-of-the-mill SEC enforcement case,” Bloomberg quoted Netburn as saying on a Thursday conference call, adding that Hinman’s deposition wouldn’t “open the flood gates” on government officials who have spoken on laws, regulations, or policies as the SEC had claimed when it sought to block Hinman’s testimony. She said the case “involves significant policy decisions in our markets, the amount in controversy is substantial and the public’s interest in this case is significant.”

In 2018, Hinman gave a speech that argued major cryptocurrency ethereum is not a security and Ripple will try to draw comparisons between XRP and ethereum’s ether token while making suggestions Hinman’s former law firm’s membership of the Enterprise Ethereum Alliance created a conflict of interest.

However, reaction to the ruling was muted, with commentators calling it a “small victory.”

The XRP price has fallen sharply in recent weeks but remains up by around 200% on this time last … [+] year.

“You do not win a case by getting a judge to order a deposition,” Anderson Kill partner Stephen Palley said via Twitter. “That is a small battle. It is not the war.”

“Ripple has made another small victory in its ongoing battle with the SEC,” Alexandra Clark, sales trader at the U.K.-based digital asset broker GlobalBlock, wrote in emailed comments.

The XRP price has crashed 70% since it soared to a peak of almost $2 in April, mirroring a broader cryptocurrency boom and bust. Ripple’s XRP is though still up around 160% since the beginning of the year.

Its recent downward trading pattern, set to produce the first XRP “death cross” in five months, is broadly regarded as a bear market signal although some consider it a lagging indicator.