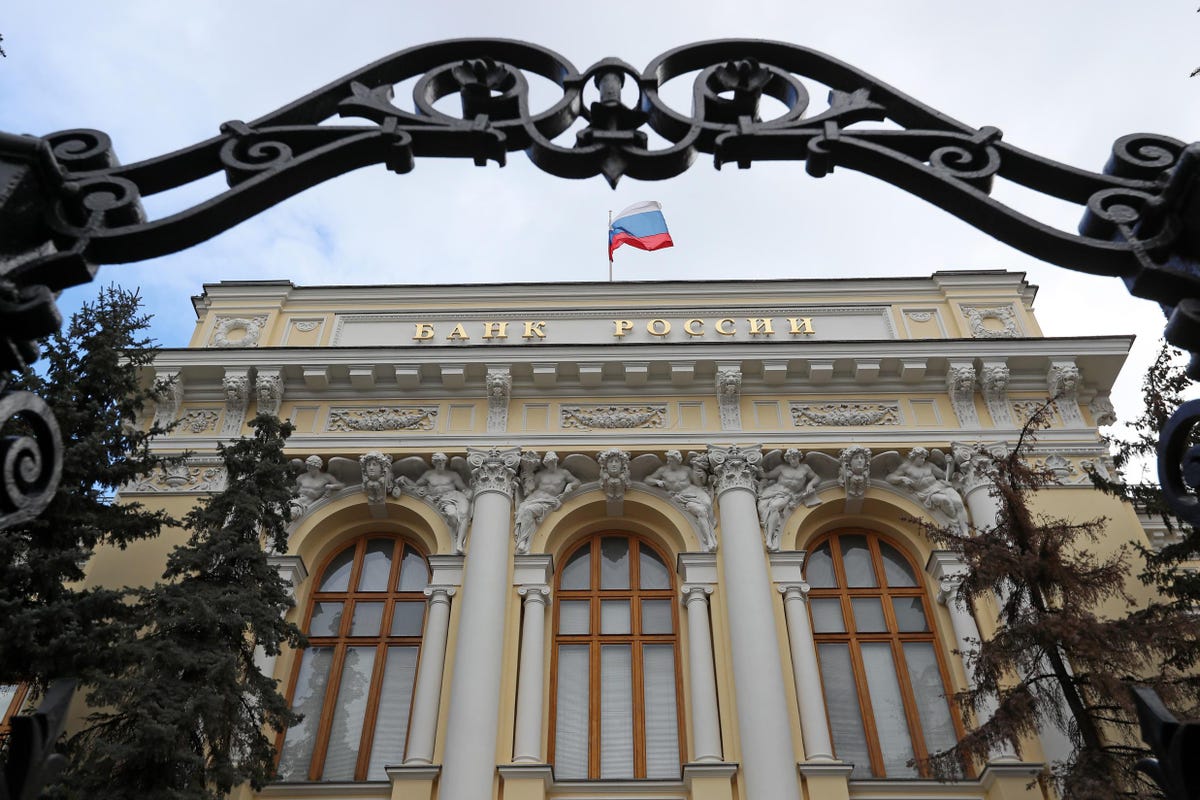 An outside view of the Bank of Russia in Moscow. On Thursday, the central bank proposed banning the … [+] mining, creation, and use of cryptocurrencies. (Photo by Gavriil GrigorovTASS via Getty Images)

Russia’s central bank proposed banning the mining, creation, and use of cryptocurrencies, in a report released Thursday.

The central bank said the proliferation of cryptocurrencies pose a danger to Russia’s financial system and the stability of the Russian ruble. The bank said it expects the ban to reduce those threats.

Russian is the third nation to crackdown on cryptocurrencies over the last year, following China and Kazakhstan.

“The status of the Russian ruble, which is not a reserve currency, makes it impossible to apply a soft approach in Russia and ignore the growth of risks. In our opinion, additional measures are appropriate,” the report said.

The proposal would ban the issuance and circulation of “cryptocurrencies, crypto-exchanges, crypto-exchangers, and peer-to-peer (P2P) platforms within the Russian Federation’s borders, and establish punishments for violating the ban, said the report.

For years, Russia claimed that cryptocurrencies were being used to finance terrorism and money laundering. Even though, the country legalized cryptos in 2020, it banned people from using them to pay for things. The proposed ban would establish liability for violating that ban.

The Bank of Russia also wants to prohibit financial institutions, financial intermediaries and the country’s financial infrastructure from trading cryptos and creating related financial instruments. The regulator said the recent rapid bubble was a speculative financial pyramid that threatened the financial stability of Russian’s economy. In order to achieve the ban, the bank said banning crypto mining was the best solution.

However, the bank doesn’t plan to ban Russian citizens from holding cryptocurrencies, said Elizaveta Danilova, the head of the central bank’s Financial Stability Department, in a briefing.

“We note that we do not suggest that holding cryptocurrencies by citizens be banned,” she said, adding though that there are fraud risks, as well as difficulties in asserting rights when acquiring cryptocurrency on foreign crypto exchanges, according to Tass, Russia’s state media.

Just last month, the Bank of Russia’s chairwoman, Elvira Nabiullina, said crypto assets were the most dangerous investment strategy. This followed a June statement coming out against Russia’s financial infrastructure being used for cryptocurrency transactions, according to Tass.

China, in September, instituted a full crackdown on the cryptocurrency market. Much like the Russian proposal, China banned the trading and mining of cryptocurrencies. This caused the crypto market to drop significantly in September before climbing to an all-time high of $69,000 in November.

After the China ban, many miners went to Kazakhstan. As of August, Kazakhstan hosted 18% of global Bitcoin mining, second only to the U.S. At the time, Russia held third place in most Bitcoin mining.

Two weeks ago, all crypto mining dried up after Kazakhstan shut down its Internet amidst protests. The protests started after the government doubled the price of gas. In an attempt to disrupt communications among the protestors, the government shut down the Internet nationwide, but in the process destroyed the miner’s computational power. With 18% of worldwide crypto mining eliminated, the market has continued to sink.

As of Thursday’s close, Bitcoin had plunged 41% from November.