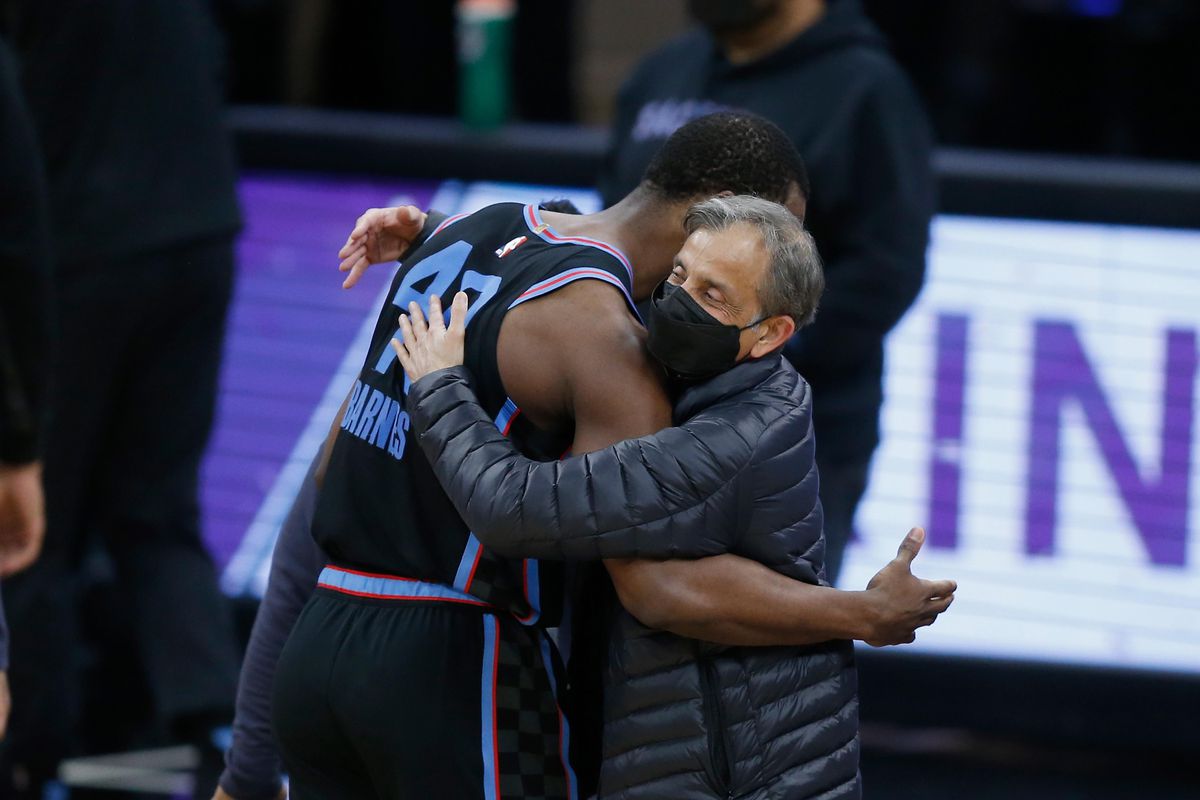 Vivek Ranadivé, the Chairman, CEO, and Governor of the Sacramento Kings, announced this evening on Clubhouse that everyone in his organization could receive their pay in as much Bitcoin as they wanted. The story broke soon thereafter after a Tweet from a member of the Clubhouse audience.

I happened to be in the room, hosted by a club called the ‘Satoshi Roundtable’ when Tim Draper, a venture capitalist well-known in the industry for purchasing Bitcoin from the U.S. Marshall’s auction in 2014, called on Vivek Ranadivé to join him on the stage. The room was co-hosted by Bruce Fenton, a well-known Bitcoin advocate and investor since 2012 and was called ‘Draper and Friends’.

SACRAMENTO, CALIFORNIA – MARCH 27: Harrison Barnes #40 of the Sacramento Kings is congratulated by … [+] team owner Vivek Ranadive after making a three-point shot to win the game against the Cleveland Cavaliers at Golden 1 Center on March 27, 2021 in Sacramento, California. NOTE TO USER: User expressly acknowledges and agrees that, by downloading and or using this photograph, User is consenting to the terms and conditions of the Getty Images License Agreement. (Photo by Lachlan Cunningham/Getty Images)

“I’m going to announce in the next few days that I’m going to offer everyone in the Kings organization, they can get paid as much of their salary in bitcoin as they want, including the players,” said Ranadivé, according to Neil Jacobs, well-known on Clubhouse as a regular moderator for Café Bitcoin, broke the news on Twitter that was soon confirmed and reported by CoinDesk.

Chairman, CEO, and Governor of the Sacramento Kings Vivek Ranadivé announced in a Clubhouse chat … [+] room that he was going to offer everyone who worked for the team to get paid in as much Bitcoin as they wanted.

The Sacramento Kings announced in 2014 they would accept Bitcoin as payment for merchandise in their team store in partnership with payment processor BitPay. At that time, Ranadivé stated to ESPN that, “When I sold the NBA on keeping the team in Sacramento, my pitch included using the sports franchise as a social network to push the technology envelope.” Ranadivé elaborated that accepting Bitcoin then was one step closer to fans leaving their wallets at home, as his own kids would ask him why the Kings didn’t accept Bitcoin.

As Bitcoin continues to grow in popularity and mainstream acceptance, numerous organizations from major U.S. banks, PayPal PYPL and even Chipotle are starting to offer services related Bitcoin, whether it is a custody service, to use as payments, or part of a promotion. Elon Musk’s announcement earlier this year that Tesla TSLA would accept Bitcoin as payments seems to have started the trend among corporations in using the virtual currency as part of its marketing strategy.

Meanwhile, spending time on Clubhouse discussing Bitcoin can attract and provide access to those who usually engaging in a conversation would be quite difficult to do so. Just two days ago, Michael Saylor, CEO of Microstrategy MSTR , dropped into a room with fellow Bitcoiners and answered their questions for about an hour, demonstrating the power of access that the app provides and what led to the news from Ranadivé and the Sacramento Kings.