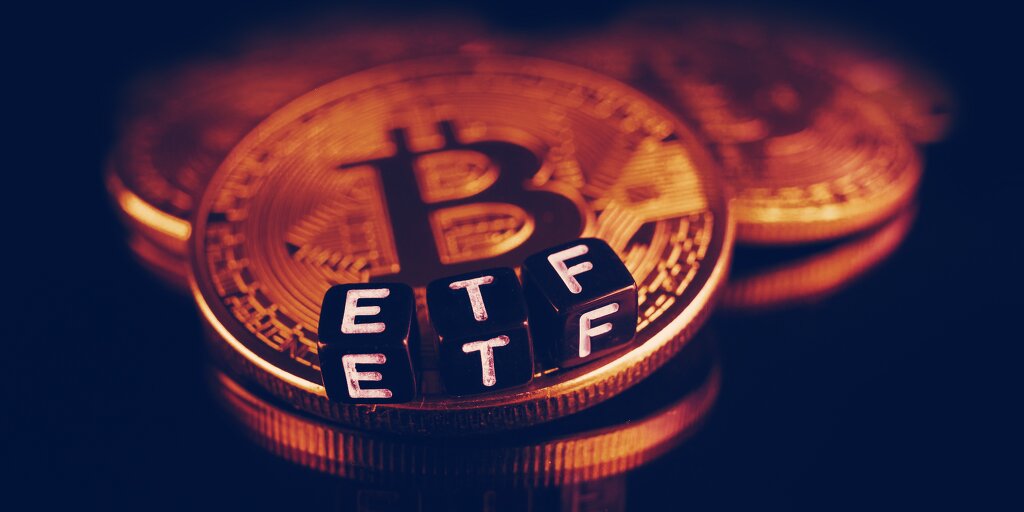 Kryptoin Investment Advisors is trying to create a Bitcoin ETF. Its latest attempt at an application is now officially under review. It’s the third ETF application being reviewed by the SEC.

A Bitcoin ETF application from a company called Kryptoin Investment Advisors is now officially under review, the SEC has announced.

It’s one of nine active applications for an exchange-traded fund for Bitcoin, three of which are now under review (proposals from WisdomTree and VanEck are the other two).

Kryptoin was founded in 2016 with the goal of producing a Bitcoin ETF—something the SEC has yet to approve. It’s run by Jason Toussaint, who was previously involved with gold investments.

The company’s current application is actually an amendment to its first attempt, from 2019; Kryptoin re-filed the paperwork earlier this month.

A Bitcoin ETF is a sort of holy grail for US-based Bitcoin traders, offering exposure to Bitcoin without the burden of directly holding it. It’s not the kind of thing that would attract crypto purists, given that Bitcoin was originally devised to skirt banks and other financial intermediaries. But it’s exactly the kind of thing that might make crypto-curious institutional investors more comfortable.

For now, the closest thing are Bitcoin trusts, which are ETF-like if not quite true ETFs. The most popular of these is the Grayscale Bitcoin Trust (GBTC), from Grayscale Investments. Where ETFs let you redeem shares for the underlying asset, the Grayscale Bitcoin Trust does not. It’s also not very closely correlated to the price of Bitcoin—GBTC has been trading at a discount for the past two month, which means the price of GBTC shares is now about 19% lower than the trust’s NAV (net asset value).

Canada and Brazil got their own Bitcoin ETFs in recent months, and investors are optimistic that the SEC’s new crypto-conscious chairman, Gary Gensler, will approve one in the near future. In the past, the SEC in its denials of ETF applications has dismissed the idea that there’s a “real” market for Bitcoin—meaning, one that isn’t being easily manipulated.

Now that Kryptoin’s ETF is under review, anyone can submit a comment on it for the next 20 days (the notice is dated April 22, and the full comment period is 21 days).